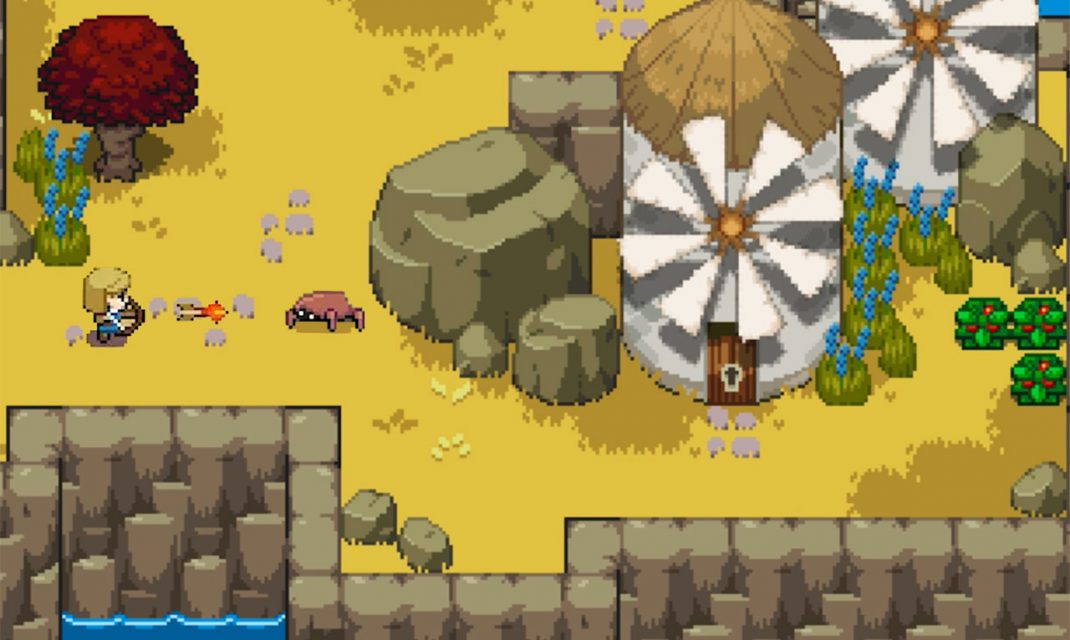 Join the swashbuckling Tilia on her quest to defeat the evil pirate Blackbeard as sea-braving adventure RPG, Ocean’s Heart, launches on Nintendo Switch for $14.99/€14.99/£13.49. Brought to life by the creator of Yarntown, Max Mraz, and publisher Nordcurrent, Ocean’s Heart pays homage to the genre classics, enriching tried and true roleplaying concepts with a modern flair.

Ocean’s Heart is a charming pixel-art action RPG set in a spirited world brimming with secrets, magic, and perilous affairs. As Tilia, a young girl who’s father has been kidnapped by the ruthless pirate Blackbeard, you must set off on a treacherous journey through a vast and dangerous wilderness to rescue him, unraveling a web of pirate conspiracies on the way. Gather items along your journey to craft potions as well as expand and upgrade your ever-growing arsenal of weapons, constantly increasing your skills to fight boss adversaries and survive deadly dungeons.

“Ocean’s Heart wears its influences on its sleeve, so of course I am ecstatic to see the game come to Nintendo Switch. Ocean’s Heart is a love letter to the Legend of Zelda but it also has its own uniqueness that sets it apart. It’s about exploring, and the sense of satisfaction of finding a mystery out there, and trying to figure out what it means,” said Max Mraz, the developer of Ocean’s Heart. “So it lures you off the path by being full of hidden areas that hint at stories and hide new monsters and treasure. After building my vision for Ocean’s Heart from the ground up, it’s satisfying to see my game on the platform of its greatest inspiration.

“It is exciting to work with Max again to release Ocean’s Heart on Nintendo Switch. The system perfectly suits this kind of game and players will soon be able to see that for themselves,” said Andrius Mackevičius, Publishing Team Lead at Nordcurrent. “We love his vision and inspiration from the classic RPGs of the 80s and 90s, and we think that Ocean’s Heart delivers when it comes to nostalgia by offering hours of exciting top-down roleplaying action, an engaging story crafted with clever humor, and a beautiful pixel art aesthetic.”