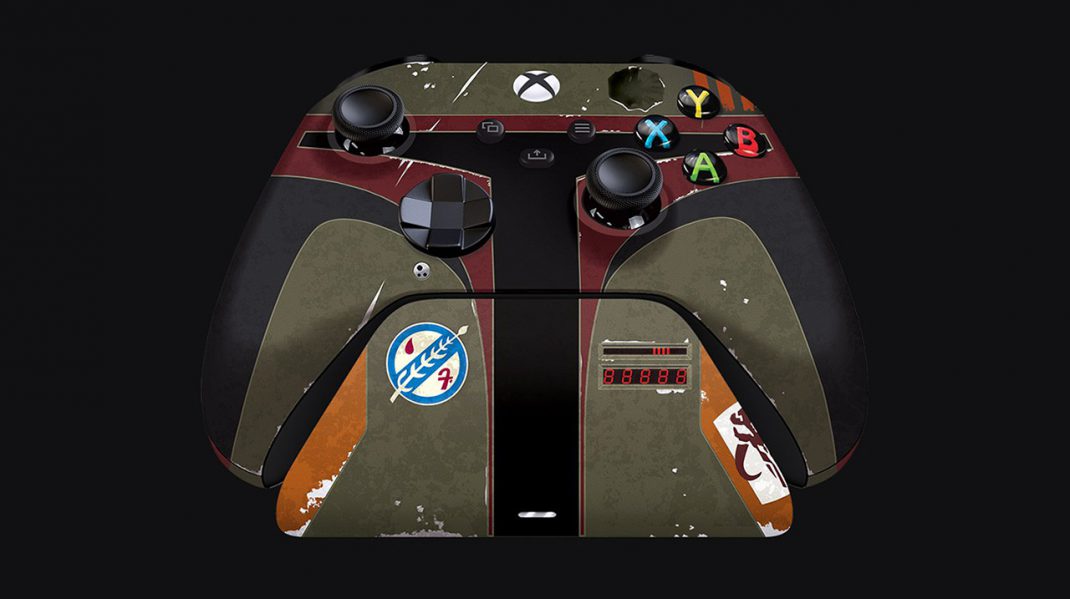 The limited edition controller’s officially licensed design is inspired by Star Wars’ fan-favorite bounty hunter, Boba Fett, and features the iconic character’s helmet. Boba Fett made his first big-screen debut in Star Wars: The Empire Strikes Back in 1980, and is set to return to the screen as the lead character in The Book of Boba Fett this month exclusively on Disney+.

The Razer Boba Fett Wireless Controller features pressure-sensitive triggers and textured grips to help players become the fastest in the galaxy. Gamers can also expect the included charging stand to quickly power up the controller in less than three hours with magnetic contacts that will ensure a tight and secure hold. Additionally, this latest controller customized by Razer is also Bluetooth compatible so players traveling the galaxy can enjoy optimized gaming for Xbox Game Pass on mobile devices.

This limited edition Xbox Series X|S and Xbox One controller is the perfect bounty for any Star Wars fan or gamer on your holiday list.