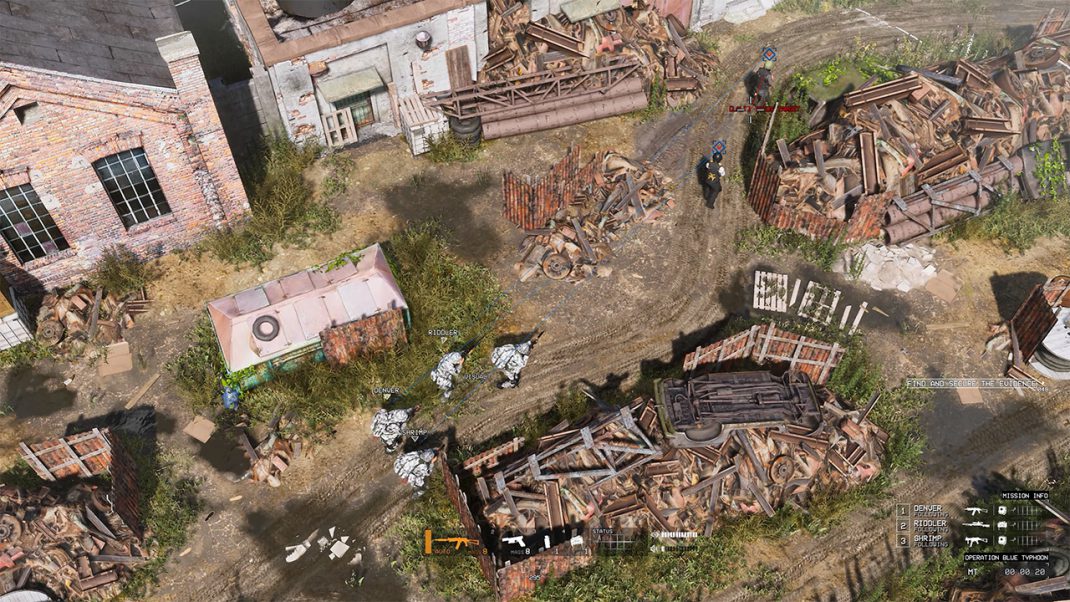 Thunder Tier One is Out Now with Official Launch Trailer

Thunder Tier One – a top-down tactical shooter game published in collaboration with KRAFTON, Inc.—is now available to purchase on Steam. The title is retailing at $19.99 USD, and fans can watch the launch trailer here:

Thunder Tier One will appeal to players with an interest in military tactics and strategy. When playing the title, fans will lead an elite special operations team battling to stop a dangerous network of terrorist insurgents in the fictional Eastern European country of Salobia. The game features a nine mission story driven campaign that can be played in 4-player co-op, online PVP or solo with AI teammates. Players will also enjoy four different modes – Exfil, Advance & Secure, Domination and Deathmatch.

Exfil is a 4v4 mode where the attacking team is tasked with exfiltrating a package within a time limit while the defending team must prevent them from doing so using any means possible. In Advance & Secure – which is also a 4v4 mode – teams go head-to-head to fight for a number of sectors and claim victory. Domination is a PVE experience where up to four players race against the clock to take control of a series of checkpoints, disarm explosives, and defend against counter-attacks. Finally, Deathmatch is the classic free-for-all with up to eight participants.

Thunder Tier One stands out for its realism, the creators were passionate about designing a world where small details – such as weapon handling, muzzle velocity and weight of ammo – can seriously impact how successful players are. The game will also be accessible to modding in the near future, allowing fans to create their own characters, maps, missions, game modes, weapons and more.

Pawel Smolewski, Creative Director of Thunder Tier One, said: “Thunder Tier One started as a personal project, somewhere for myself and friends to play around and try out new ideas. The fact it has now developed into a full game for fans to enjoy is truly exciting. The small Thunder Tier One team has been fully focused on bringing the title to life. We are thankful for KRAFTON’s support in helping us to bring a new experience to this genre and it’s core audience. Now we’re looking forward to our community jumping into Salobia and experiencing the world we’ve created.”