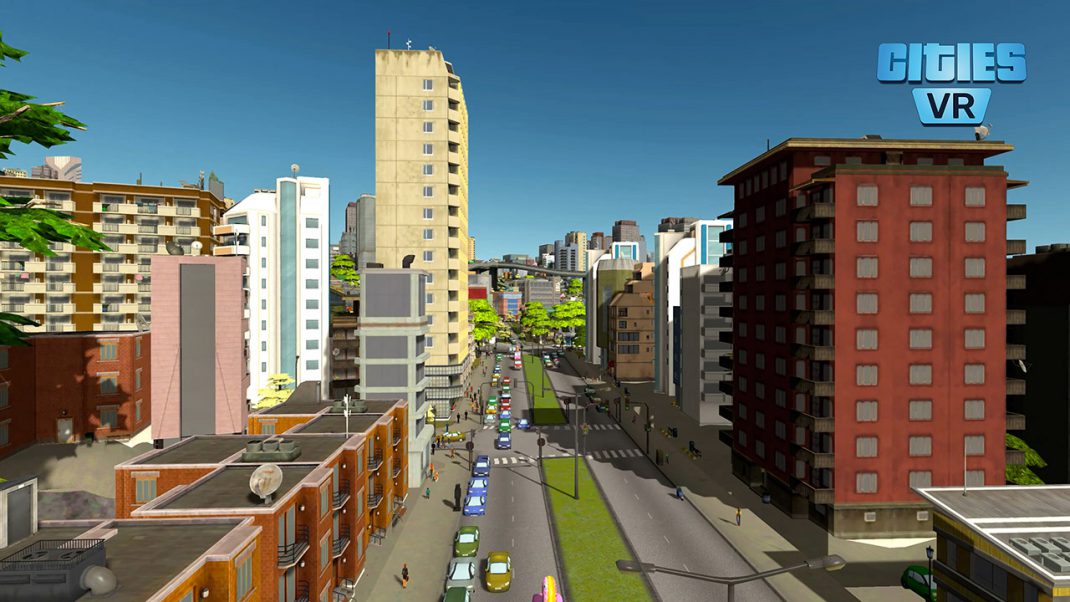 Fast Travel Games has today announced Cities: VR, the ultimate city-building and management simulator, is coming to Meta Quest 2 in the Spring of 2022. Made for VR, Cities: VR brings the definitive city-building experience of Cities: Skylines into virtual reality for the very first time.

Experience your architectural and urban-planning creations in the most immersive VR city building simulation to date. Step through the screen and control every aspect of city planning – design neighborhoods, construct buildings, direct the flow of traffic – all while you handle economics, emergency services, and more. As the mayor of your city, you’ll also need to provide healthcare, education, entertainment, and more to your growing population. Watch the city of your dreams rise from the ground up.

“Cities: Skylines is the ultimate modern city-builder, and it’s an honor to bring this franchise to VR,” said Erik Odeldahl, Creative Director at Fast Travel Games. “The city-building genre has huge potential in the VR market and we couldn’t wait to work on this IP. We’ve spent a ton of time, research, and energy to translate Cities: Skylines to VR in a way that is both approachable for new players and a new challenge for Cities veterans. We can’t wait to see what players build!”

Cities: VR is a new take on the leading city-building simulation, Cities: Skylines, and is both a great entry-point to the franchise and a compelling new experience for Cities: Skylines veterans. This experience keeps the core gameplay elements of the franchise intact, while offering a unique approach to the simulation through VR. The game is being solely developed and published by Fast Travel Games, who has licensed the IP from Paradox Interactive.