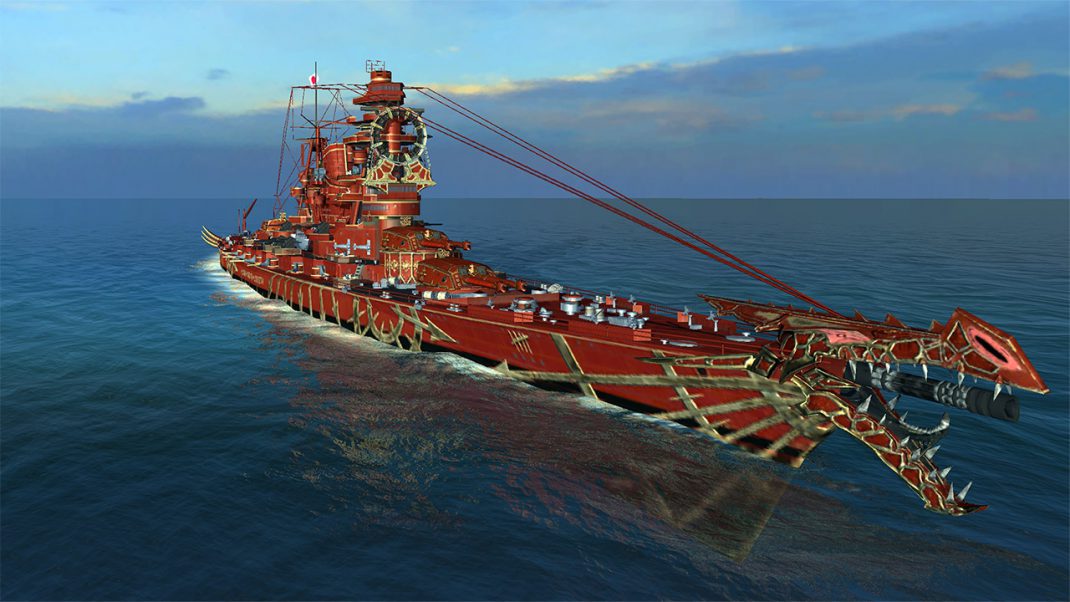 World of Warships Blitz, the leading mobile naval action MMO with 30m+ downloads worldwide and a Pocket Gamer People’s Choice Award under its belt, is about to treat its players to exclusive content inspired by the rich and grimdark Warhammer 40,000 universe. Starting December 2, steer mighty Naval Battleships in the name of the Emperor of Mankind or for the Blood God!

World of Warships Blitz players will be able to take charge of two brand-new Tier VIII Battleships: the Ragnarok and the Ignis Purgatio. They each come with a unique camouflage and a custom voiceover Commander who provides an additional upgrade to their ship when equipped.

Justinian Lyons XIII, a valiant Imperial Navy officer of pious military lineage, is in command of the Naval Battleship Ignis Purgatio. This sea-roaming stronghold has the For the Emperor! skill temporarily boosting the range of its secondary guns and anti-aircraft weaponry, and can bear the unique Protector of the Faith camouflage.

The sworn enemy of Justinian, Arthas Roqthar the Cold, is a Khorne Aspiring Champion who commands the Naval Battleship Ragnarok. This seaborne citadel of Chaos possesses the Let the Galaxy Burn! skill that can increase its top velocity and its main gun accuracy and reload speed. The vessel can wear the unique Primordial Annihilator camouflage.

The unique content can be obtained in the game’s Premium Shop, via the Blitz Pass and Crates.

What side are you on? Procure your mighty Naval Battleship, shell your adversaries with powerful salvos, and turn the tide of battles to rule the waves!