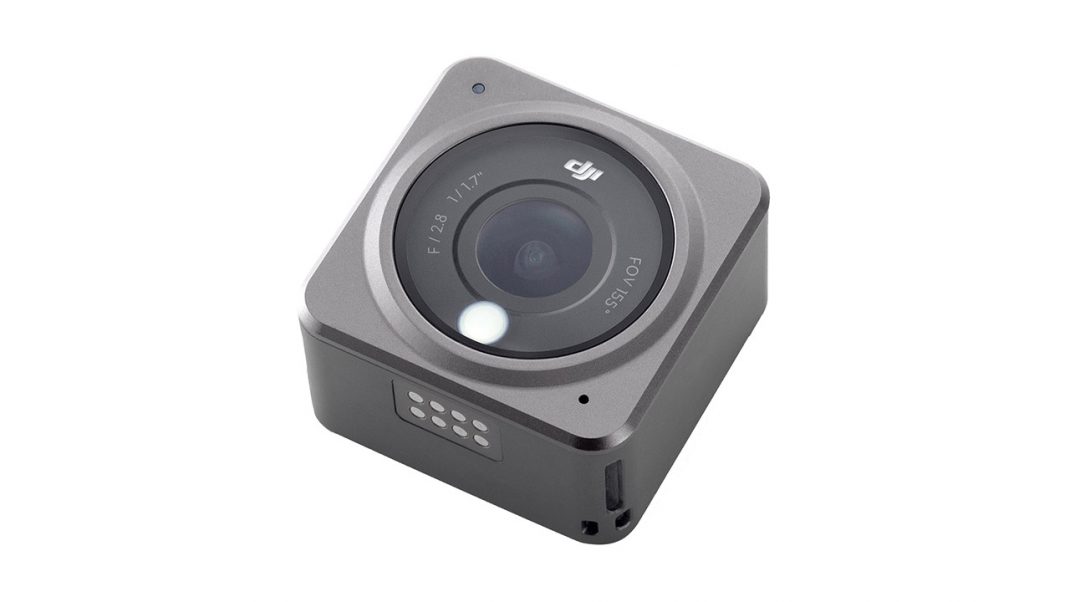 DJI waited a good long while before releasing the follow up to their popular OSMO Action camera. The new camera, dubbed the DJI Action 2, features a daring new design with all new features and technology. The question remains, however, was it worth the wait?

Out of the box, you’ll find the DJI Action 2 camera, USB charging cable, magnetic lanyard mount, and GoPro style mount. Depending on what box you purchase, you’ll also find either the front-facing display module or the power module. The biggest change to the camera since its predecessor is its modular approach. The actual camera of the DJI Action 2 is its own module. This little module weighs about 2 ounces and makes for a great helmet camera. Under the hood of the camera module lies a 1/1.7″ CMOS sensor and an F2.8 lens with a 155º field of view. This provides slightly better low light sensitivity than the GoPro HERO 10 and allows for some great stabilization. Unfortunately, the protective glass of the lens is not replaceable. GoPro attempted this with their HERO 8 only to receive so much criticism for it, they re-added it in the HERO 9 and 10. Will the same fate befall DJI? Time will tell! 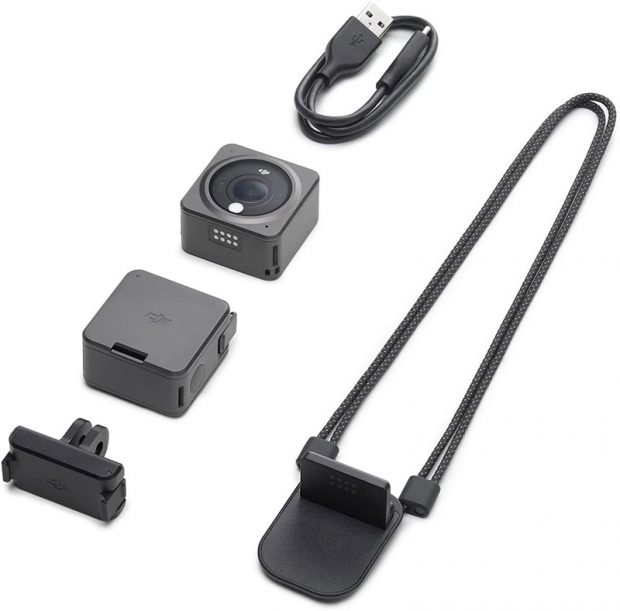 DJI includes a really cool technology in the Action 2 called HorizonSteady, a new stabilization method that automatically keeps the horizon level in your footage. Even more impressive is that it does this in real time as you record video! One caveat to HorizonSteady is that it is relegated to 1080p resolution. Thanks to its lens and sensor combo, the Action 2 supports up to 4x digital zoom while taking photographs. Incredibly, it still takes good photos even when fully zoomed-in! While recording video, the available digital zoom options will change based on framerate and stabilization selection.

The camera supports a number of shooting modes, including timelapse and slow motion – and it can do both of those in 4K. On the backside of the Action 2 camera module, you’ll find a large and crisp LCD display. The display features a snappy touchscreen with an easy to use interface. There is no room for a front-facing display as the entire camera module is very small. You can, however, attach the camera module to the front display module. This provides not only a front-facing display but, also, a bigger battery to draw power from as well as a four-way microphone system for better audio pickup. There is a microphone on the Action 2 camera module, but it is not meant for high quality recording – it’s not bad, just not what you’ll probably desire in your footage. DJI has recently announced the DJI Mic, a wireless microphone system (similar in idea to the RODE Wireless Go II) that connects with the DJI Action 2 in a camera/microphone ecosystem. We haven’t gotten to check that out, but we’ll do a review if we do.

Unfortunately, there is no way to replace the built-in battery of the camera module. Not being able to swap batteries out means you are reliant on charging more often and, sometimes, that just isn’t conducive to the event or activity you are filming. This also means that, eventually, when that LiPo battery dies – that’s it… You’ll have to rely on the power module or display module to provide power to the camera which won’t always work for your needs. Worse yet is that the built-in camera module’s battery doesn’t last very long – especially when shooting in 4K. We’re talking like ten minutes or so. In 1080p, the camera module lasts a lot longer. Of course, when attached to the power or front display modules, battery life goes up quite a bit, but that’s to be expected. It could have been nice to have hot swappable camera module batteries to help with this – but, I digress… 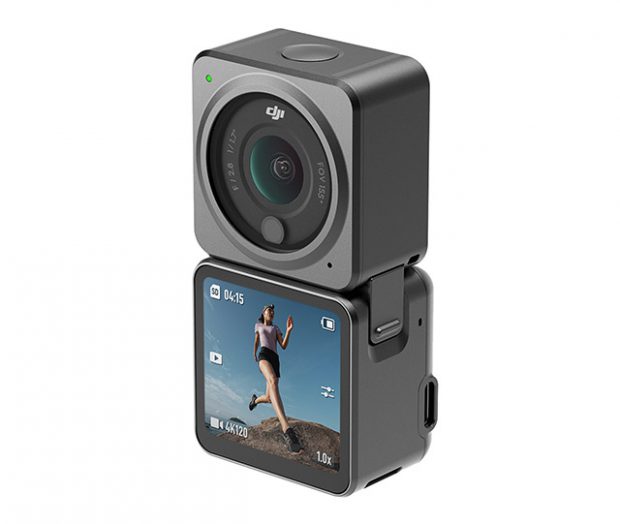 Also, the magnetic clamp system, while ingenious, is not entirely foolproof. For instance, even though I thought the camera was securely snapped into the power module, I actually had to give it a little push and jiggle to make sure the clamps fully connected to the housing. The magnets are strong to be sure, but the added clamps provide the extra confidence needed to take both modules into more extreme situations.

The camera module also lacks a memory card slot. This means that you are limited to 22.4GB of available storage while recording. However, given the low battery life, this might not be a problem? The power and front display modules do, thankfully, support microSD cards for additional storage, but this is another area where the camera module needs to improve.

Overall, the DJI Action 2 is a mixed bag for an action camera. It features a great sensor and stabilization but, from a longevity standpoint, the camera module alone may not be what you need for your helmet-mounted recording. If you are happy with using the power module or front display modules a lot while filming, then you’ll probably like it quite a bit. Another bonus, its modular design means that DJI can always add more cool modules down the road but it’s anyone’s guess as to what they’ll be and at what cost. 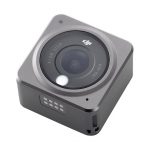