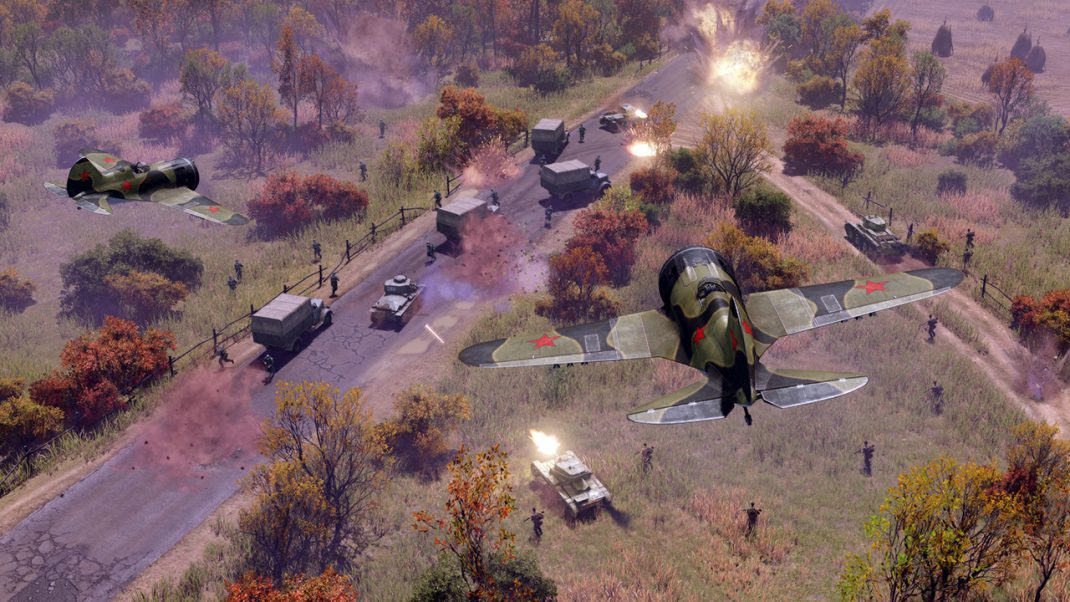 1C Entertainment and Best Way are delighted to announce Men of War II, the next entry in the widely acclaimed real-time strategy franchise Men of War. The announcement was made at the Golden Joystick Awards 2021, and showcased the new and exciting features that the original creator of the series has prepared for this next instalment. Men of War II will march to victory on Steam for PC in 2022.

After spawning multiple expansions and spin-offs since Men Of War’s debut, Men Of War II returns to the series’ roots to rebuild and redefine real-time strategy gameplay. The new Front Line mechanic is the bedrock of exciting dynamic encounters, where the push-and-pull of each skirmish directly affects territory borders. Manage attritional battles and break through undefended lines to advance the areas of maps under control, digging trenches and supporting troops in newly won territory.

Assume greater command of the battlefield with the enhanced Direct Vision feature to focus solely on one unit at any time and upgrade, change, or repair equipment on the fly. Level the theater of war with powerful armor and artillery capable of destroying buildings and weapon emplacements, while choosing from an arsenal including 45 battalions and more than 300 vehicles, all painstakingly designed with complete historical accuracy.

Two story campaigns – playable in single-player or up to five-player online co-op – let commanders engage in battle on both the Western and Eastern Fronts. Take control of the courageous Allied Forces pushing their way through a devastated France, and the steadfast Soviets defending their lands from the menacing Third Reich army. In returning to World War II, Best Way shines a spotlight on battles and scenarios never-before-seen in the series, with conflicts such as the Battle of the Falaise pocket and Operation Bagration.

Prepare to face enemy armies in intense bouts of all-out war in the series’ most advanced online multiplayer mode yet. Select the Allies, Soviets, or Germans and engage against other commanders’ armies. Choose from a wide range of skirmish and challenge maps, each created with strict attention to detail, making each arena authentic to the time period. Commanders can also join forces with other armies in online co-op, sending combined units against the new-and-improved AI in bloody mass combat.

The ravaged battlefields of Europe are enhanced with realistic physics and fully destructible objects, letting generals shape the warzone to their liking. Immersive sound design captures the guttural, terse, and chaotic cacophonies with lifelike explosions, the chattering of machine guns, and the treads of German Panzers. Full mod support gives commanders endless opportunities in creating new battle scenarios with a special level design and modding toolset.

“Men of War II has an emphasis on tactical decision-making, engaging campaigns, and most importantly, historical accuracy, “ said Nikolay Barishnikov, CEO at 1C Entertainment. “We want to give players the most authentic and entertaining experience possible. With our destructible environments, plethora of units to choose from, and full mod support, aspiring commanders can experience WWII on their own terms.”

Men of War II will be available via Steam and other stores for PC in 2022.