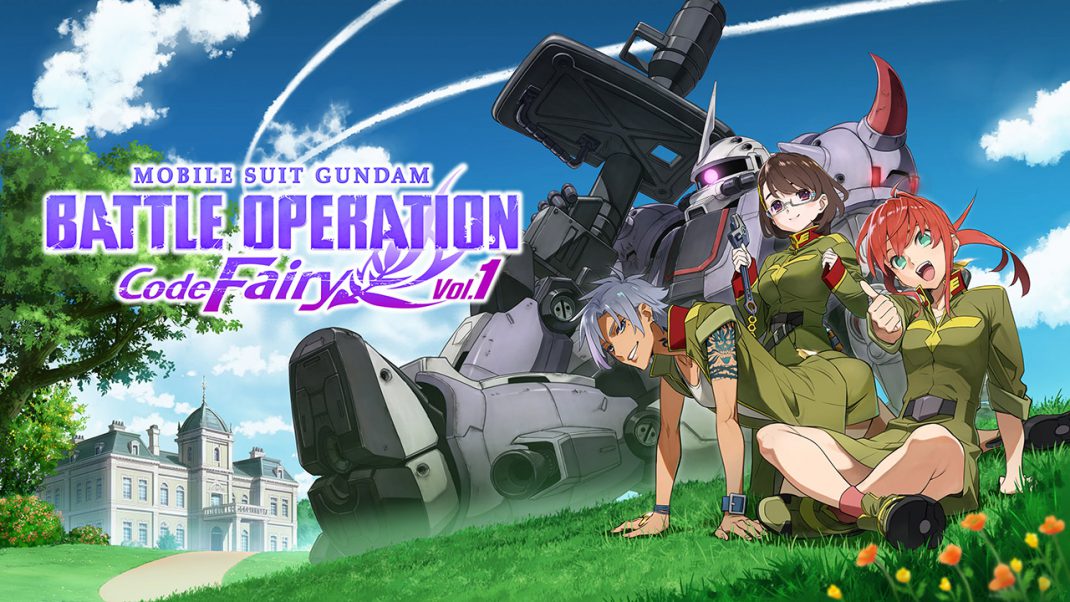 MOBILE SUIT GUNDAM BATTLE OPERATION Code Fairy tells an original story surrounding the “Noisy Fairy” – a secret unit led by Alma and under the direct control of Kycilia of the Principality of Zeon. During the “One Year War,” the unit struggles to break through into the continent of North America which is where the game’s story picks up. MOBILE SUIT GUNDAM BATTLE OPERATION Code Fairy is a tale of unbreakable bonds formed in the midst of the brutality of war.

Gundam pilots who purchase the Deluxe Edition (available for $59.99) or Standard Edition (available for $49.99) of MOBILE SUIT GUNDAM BATTLE OPERATION Code Fairy will receive Vol. 1 now, with Vol. 2 and Vol. 3 available on their early access release dates of November 18th and December 2nd, respectively. Each of the three volumes are also available for purchase individually at $19.99, with Vol. 2 and Vol. 3 available on their regular release dates of November 19 and December 3rd, respectively.

“The MOBILE SUIT GUNDAM series has long put players in the cockpit for intense combat and compelling narratives,” said Lin Leng, Senior Director of Marketing at BANDAI NAMCO Entertainment America Inc. “I can’t wait for pilots to embark on a new story of human connections made amidst the chaos of mechanized warfare. We hope it alights the spirit of GUNDAM fans and brings them even closer to the decades-long legacy of the series.”