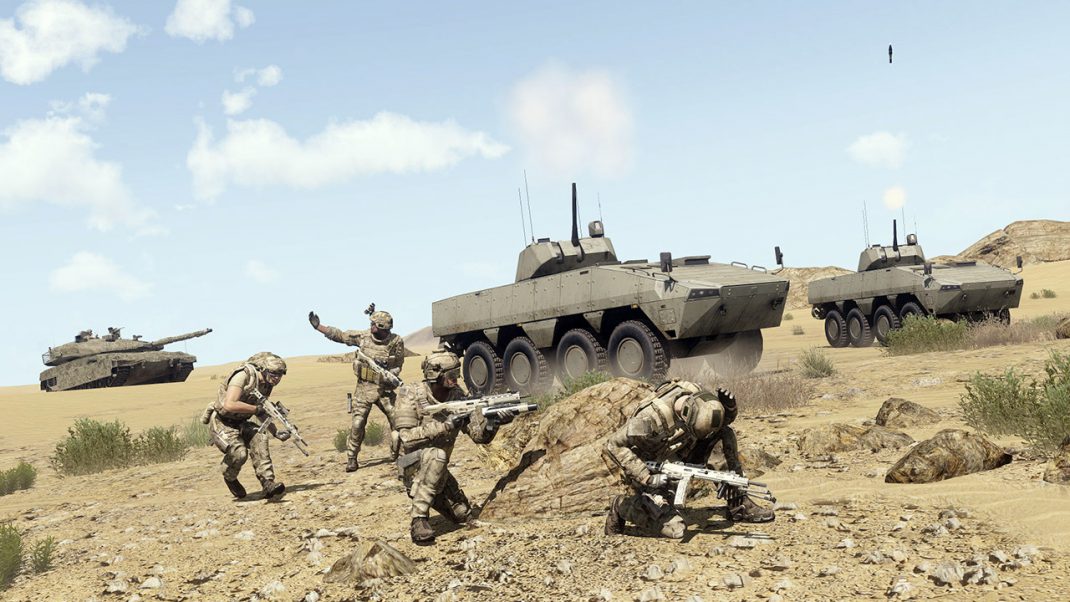 In this new DLC, players will take on the role of private military contractors and be deployed to a new desert sandbox terrain. Besides more content creation opportunities in the Arma 3 scenario editor, the Western Sahara DLC will offer several official scenarios and game modes to choose from. One of these is the open-world scenario “Extraction”, which can be played in singleplayer or in co-op online multiplayer with up to four players. The scenario offers players the opportunity to serve as an operator for the ION Services private military company who are sent on a combat search and rescue mission after a war correspondent has been taken captive somewhere in the fictional war-torn desert province of Sefrou-Ramal.

Key features of the Western Sahara Creator DLC include:

The Arma 3 Creator DLC: Western Sahara is scheduled for release later this year and will be priced at $6.99 USD (€6.99 EUR / £5.99 GBP). The precise release date will be shared at a later time. To be notified of Western Sahara‘s release, people can also add the DLC to their Steam wishlist via its store page.

In the next two weeks, Bohemia Interactive and Rotators Collective will host a small-scale, closed beta test for the DLC. Selected members of the Arma 3 community will be invited to participate in order to identify any remaining issues and test the new content on a wide variety of PC configurations before launch.

Creator DLC is a label for original Arma 3 projects made by third-party developers and published by Bohemia Interactive (Arma 3‘s official developer). This program enables external talent to earn a financial reward for their work, while players get to enjoy more new quality content. So far, three other Creator DLC projects have been released: Global Mobilization – Cold War Germany (April 2019), S.O.G. Prairie Fire (May 2021), and CSLA Iron Curtain (June 2021). Altogether these have sold over 350,000 copies.