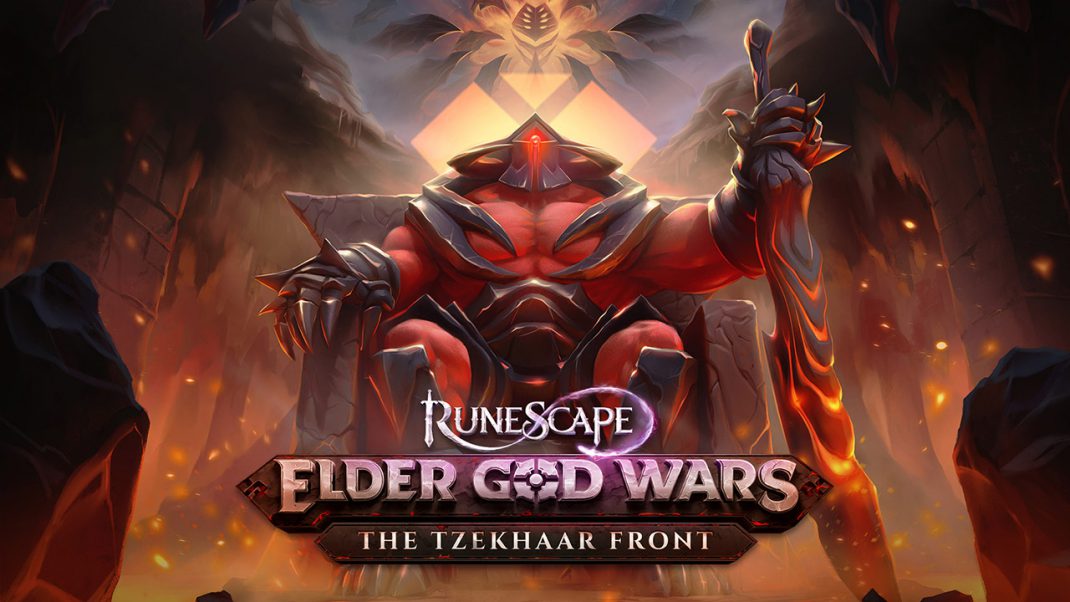 War in RuneScape’s world of Gielinor heats up to a new level today with the launch of The TzekHaar Front, providing players with the most challenging boss yet along with powerful rewards in the final epic battlefront in the living game’s year-long Elder God Wars story arc.

The TzekHaar Front sees PC and mobile players joining arms to battle against Elder God Fuls’ powerful army The TzekHaar, a new race of deadly and menacing creatures. Those that prevail against these minions are then faced with the ultimate Elder God Wars combat test so far – General TzKal-Zuk. The pure combat challenge is fought in multiple waves and has adjustable difficulty allowing those who want an extra challenge for better drops.

Defeating the forces of Ful unlocks RuneScape’s best in slot cape; tier 95 TzKal-Zuk’s 2H sword; new magic ability; a boss pet & skin; and a Ful God book. In addition, lucrative drops from the creatures before you enter the battle arena.

The Elder God Wars battlefront began in July and received great acclaim and popularity from the RuneScape community, it’s also seen an impressive slaughter of over 27million boss kills committed. The previous three battlefronts included The Nodon Front with an epic showdown against the Kerapac boss, The Glacor Front featuring RuneScape’s first ever fully customisable encounter boss, followed by The Croesus Front showcasing RuneScape’s first ever skilling boss, a difficult battle which required strategy and teamwork.

The TzekHaar Front is now live in RuneScape on PC, Steam, iOS, and Android, complete with cross-platform progression and play across all platforms.