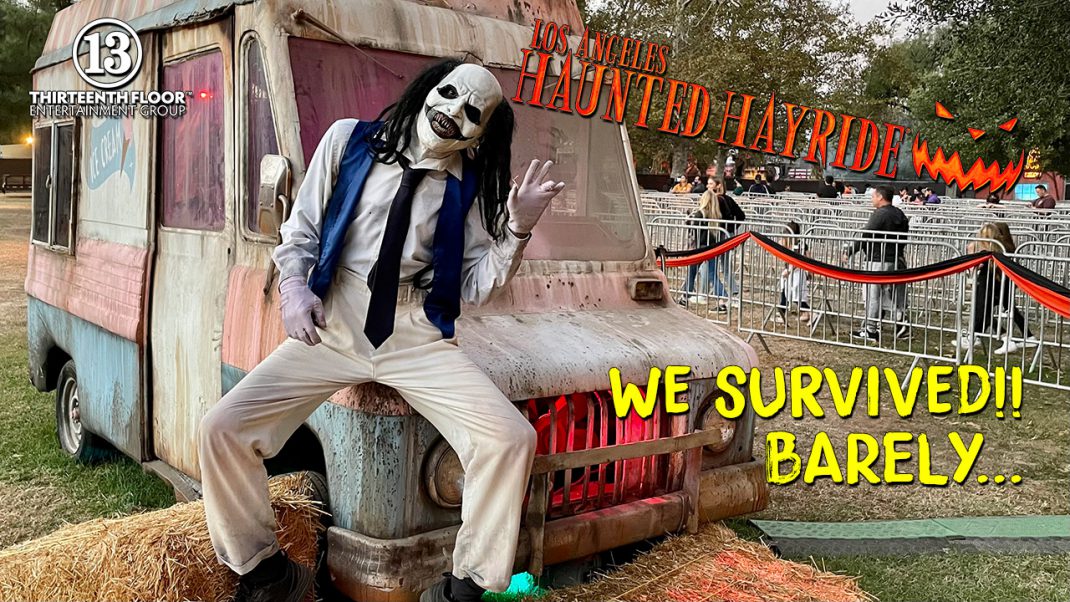 We were absolutely ecstatic with how the LA Haunted Hayride Drive-In event went down in 2020, and were looking forward to 2021 to find out how the hayride would fair when brought back to its usual location at Griffith Park. During the Awaken the Spirits! event (presented by Midsummer Scream), 13th Floor Entertainment Creative Director Jon Cooke announced that, while the hayride was returning to Griffith Park, it would not be at the same spot due to a construction project that the department of parks and recreation was working on out there. So… Lots of questions suddenly appeared – Where would the LA Haunted Hayride be in relation to its old spot? Would the hayride be affected by a different route? What about parking? This past Saturday, we got all of our questions answered and more when we attended the 2021 LA Haunted Hayride. 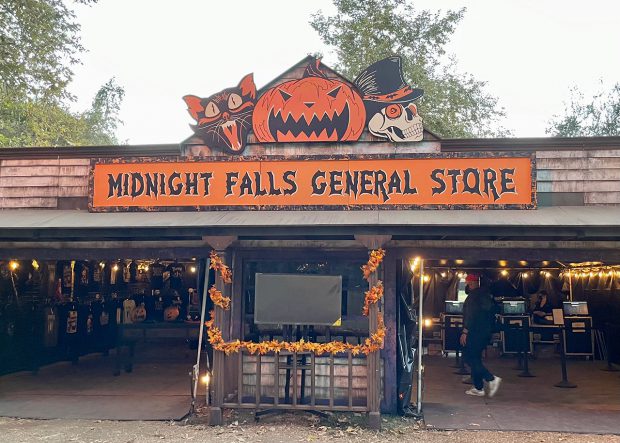 We arrived at the location a couple hours ahead of start time. We did this because we had heard that parking was very packed the night before and we weren’t taking any chances. In a stroke of luck, we found a parking spot just around the corner from the entrance, separated from the hayride by the baseball diamond at Pote Field. The LA Haunted Hayride itself is now located at the Crystal Springs Picnic Area of Griffith Park. Parking is still located in the same lot as before – as well as an overflow lot at the LA Zoo. The LA Haunted Hayride has a few very posh shuttles (the kind you would charter to drive you to Las Vegas in style) to bring guests to and from the lots. If you don’t arrive a bit early, you may have to wait a little to get to the shuttle, so make sure you’re accounting for the extra time needed. We walked up to the entrance of the event and were greeted by a couple lines and metal detectors. A sign urged guests to wear masks but said that only indoor attractions would require them (and there aren’t any at the event). We patiently waited for 7PM to roll around and security began letting people through the main gates. Almost immediately, we were met by various residents of the fictional town of Midnight Falls. They interacted with us and made us feel welcome in their spooky world – a town cursed to relive the same Halloween over and over again.

The new location was somewhat disorienting in a good way. We had gotten used to the old layout and it can be good to shake things up now and then. We passed by the merchandise tent and headed for the main stage where we were told by the town pest exterminator that now-mayor Monte Revolta would be performing an opening ceremony. For those of you who aren’t familiar with Monte Revolta, you should make an attempt to do so. Monte Revolta is a horror host, MC, singer, and stand up performer who has done shows at a huge variety of haunted events over the years. He even MC’d last year’s LA Haunted Hayride as the owner of the Midnight Falls Drive-In. He and his band are insanely talented and a real boon to the LA Haunted Hayride – he does multiple shows per night and all bring the house down. But, enough about the late, great Monte Revolta. Back to the hayride! 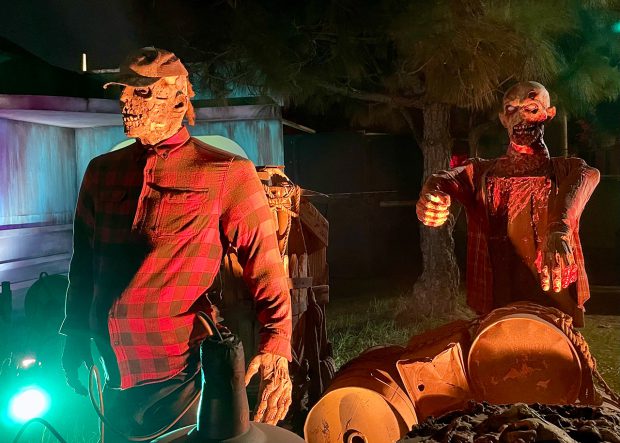 After the opening ceremony, we hit the hayride itself, as we were very interested to see how this new location would change it. As we boarded the hay wagon, we were happy to see that they were not over-filling them with guests as had been practiced in past years. This year, you actually had elbow room to rotate in your seat to see what was going on around you. Also, the hay they chose to use this year is exceptionally soft and doesn’t attach itself to your clothing very easily. The hayride has a ton of big set pieces this year – both static and interactive. However, I didn’t think there were quite as many monsters in it this time around. It seemed a little empty of the usual ghouls and ghosts you’d see before. Despite this, we had a great time on the hayride, and it is a much more user-friendly experience as the hayride path goes around a very flat circuit that doesn’t rock the wagon around a lot. 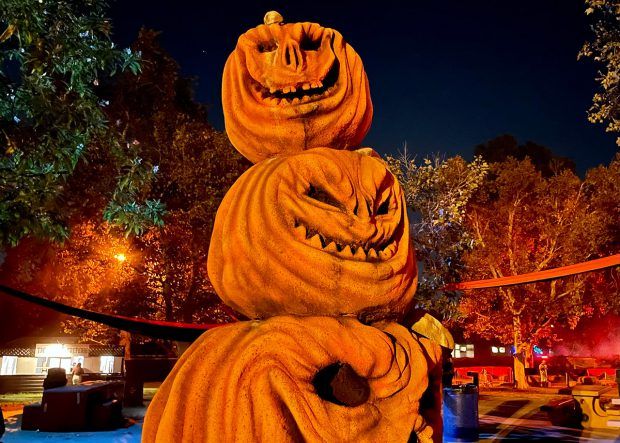 The Trick or Treat Experience was billed as just that, a trick-or-treating experience. In past years, you would walk throughout a maze-like neighborhood, ringing doorbells and yelling “Trick or treat!”. Then, you would either get a small piece of candy or a trick of some kind – usually a jump scare. This time around, we didn’t get any candy during our trick-or-treating run. It was all jump scares and sight gags. Not that they were bad by any means – we had a fun time during our journey through the attraction. However, we were left scratching our head as to where the candy was. It was a slight let down that there were no treats (even inexpensive Dum-Dums or something) in Trick or Treat. But, I digress…

The food has been greatly improved as the LA Haunted Hayride is no long Vegan-only. Now, you can find cheeseburgers, pulled pork sandwiches, pumpkin soup, caramel apples, and even cinnamon rolls from the Cinnabon Food Truck on site. Not that there is anything wrong with Vegan fare, it’s just nice to have some variety. The only thing missing is a food vendor serving hot beverages. It would be such a benefit to guests to have some hot coffee available – perhaps even some pumpkin spice drinks or a hot chocolate! If they add that to next year’s LA Haunted Hayride, it would easily push the food aspect of the event to a 10 out of 10. Right now, I’d give it an 8 out of 10. 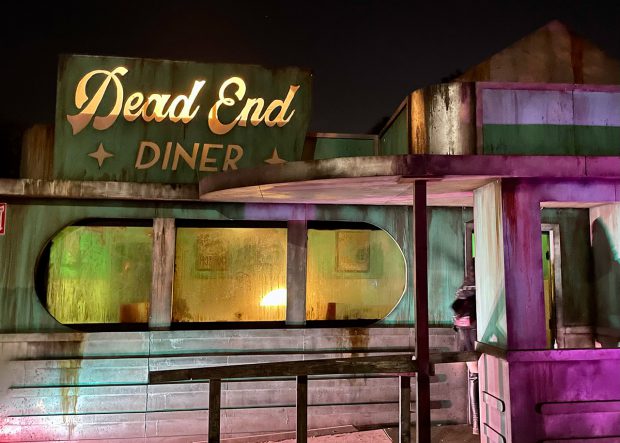 Also, while I love the interactivity of the Midnight Falls town residents, I do miss having scare-focused monsters roaming the grounds of the event. You’d even get a fright sometimes while dining at one of the benches. It added to the level of unease and not quite knowing what could happen next. Now, there are no monsters focused on just scaring. The only one that comes close is the Midnight Falls Ice Cream man, but he ends up being mostly a photo op as the night rolls on. It would be great to have some additional monsters on site just focused on the frights. A final critique – it would be outstanding if the Scary-Go-Round could be put back into service. It was such a fun ride and it is missed – especially as it is still there on display, just not in working order. 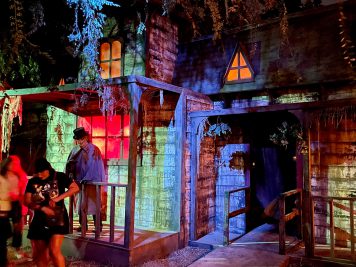 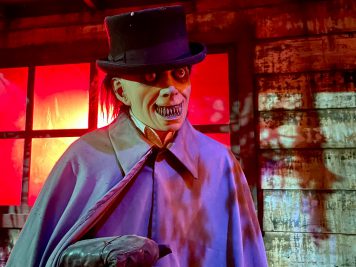 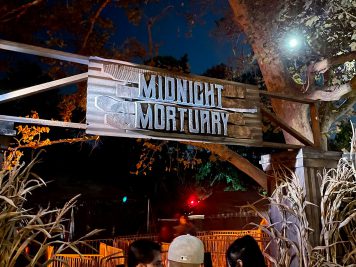 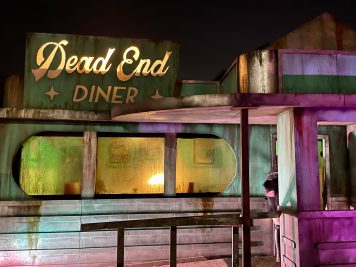 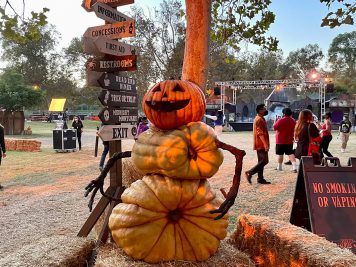 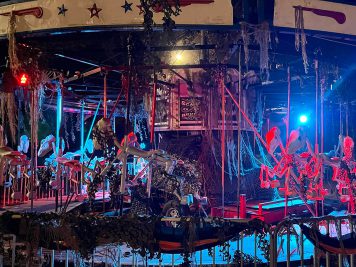 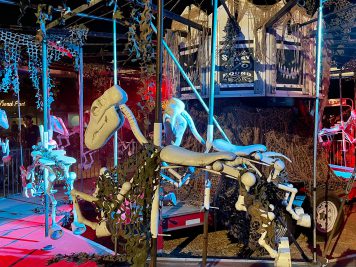 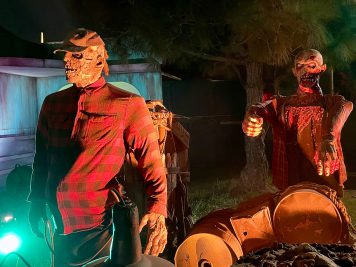 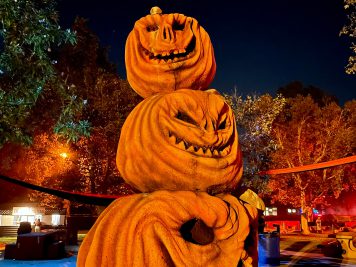 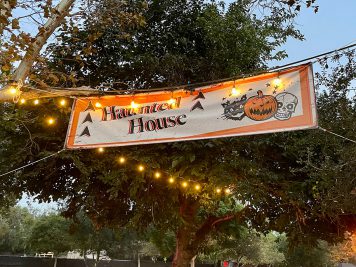 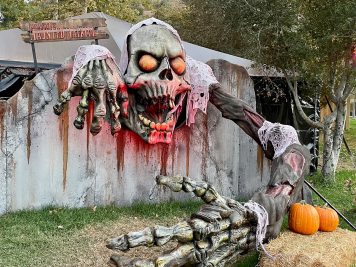 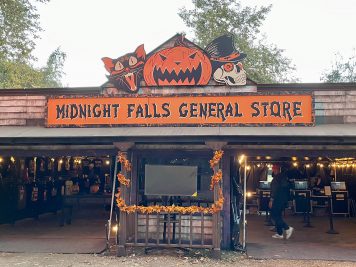