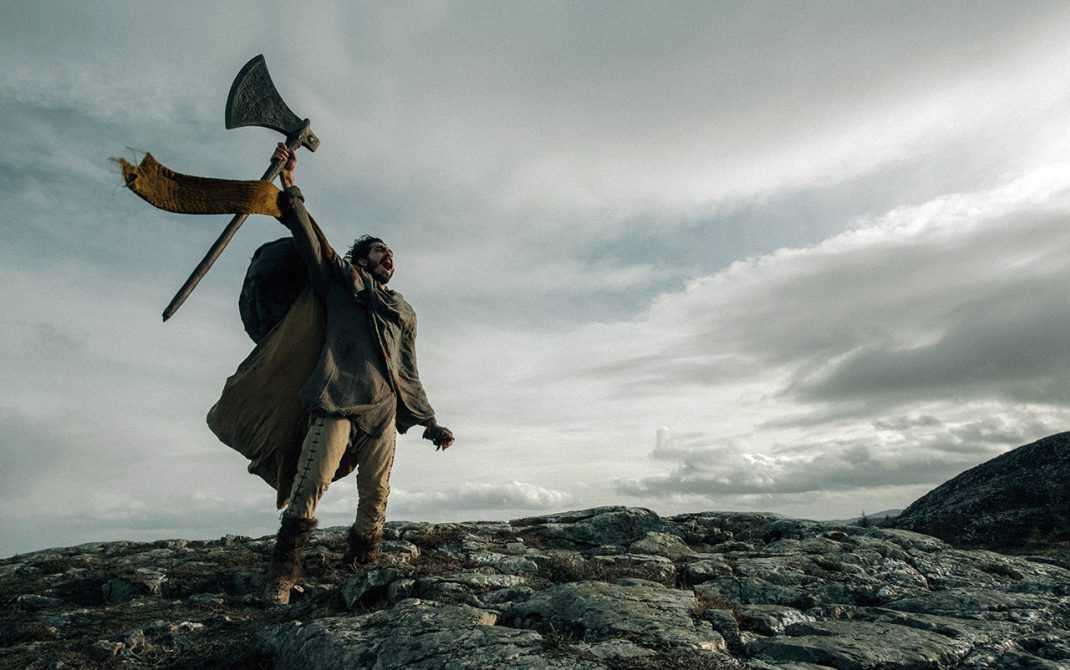 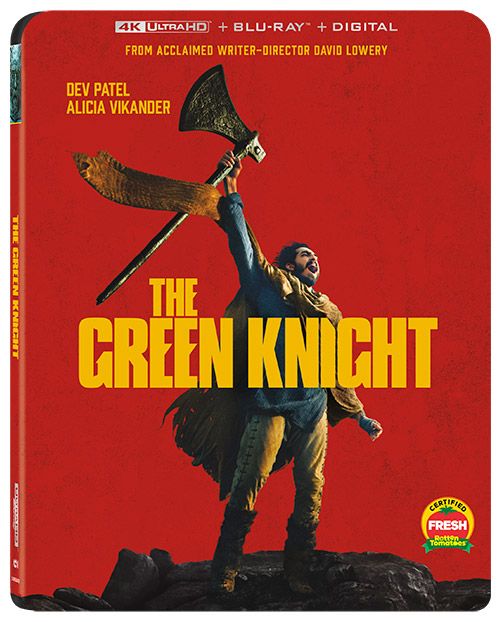 The Green Knight tells the story of Sir Gawain, King Arthur’s nephew and a man with no stories of honor to call his own. When the eponymous Green Knight appears one fateful Christmas Day and challenges the Knights of the Round Table to a game of blows, Gawain eagerly accepts and foolishly seals his fate to return to the Knight the following year to present his neck and be struck down. What follows is an introspective and oftentimes phantasmagoric journey from the civilized trappings of chivalric, Christian England to the depths of Druidic woods as Gawain learns the definition of honor.

The Green Knight has found itself a deeply divisive home in cinema audiences. While many have come to this film expecting the traditional sword and sorcery epic of traditional Hollywood what you’ll find here definitely fits more with the film’s A24 label mates as a work of modern mid-budget independent cinema. It is poetic and at times obtuse but it is director David Lowery’s vision through and through.

Lowery’s work tends to be about characters and the stories they tell about themselves and The Green Knight follows well in that trend with a protagonist whose sole goal is to earn a story he can call his own, all the while presenting himself as who or whatever he needs to be to survive whatever situation he finds himself in. While the film is colored in at the edges by fantastic performances by Joel Edgerton, Alicia Vikander in a double role, and Ralph Ineson as the the Green Knight himself, it’s Dev Patel who carries this film from start to finish. His Gawain is a man full of sorrow for the mistake he’s well aware he’s made and he wears a general aura of uncertainty throughout the whole film as you feel his tension between wanting to find a way out of his predicament while having the primal need to fulfill his bargain with the Knight.

This is a captivating film, if you’ll allow it. The performances are rich and the cinematography is stunning. Special effects are largely captured practically in-camera and there’s a real weight to the visuals that stands apart from the CGI weightlessness that modern fantasy can often suffer from. This is a thoughtful and gorgeous journey through Arthurian legend and easily one of my favorite films of the year thus far.

The Green Knight is presented in an absolutely gorgeous 4K transfer mastered in both HDR10 and DolbyVision. The film was shot in native 6.5K and that clarity transfers beautifully to this release. Colors pop and textures are rich with detail. Whether it’s the mustard yellow of Gawain’s cape and the deep greens of the forest or individual leaves rustling in wind swept trees and the knotty details of the Knight’s face, this film earns a place as a go-to disc to show off your set-up.

The Dolby Atmos and Dolby 7.1 audio is just as impressive. Ralph Ineson’s deep voice reverberates through the mix and yet individual sounds are easy to isolate and pick out. Individual strings plucked in the score, creaking wood, footsteps echoing through castle halls- This mix is clear and sounds are easy to track.

At first look, The Green Knight’s extras seem a bit on the lighter side, three making-of features and a theatrical trailer. They are as follows-

That may not seem like a lot but with a combined runtime of almost an hour, these three features represent a fairly meaty look at the making of the film. Boldest of Blood and Wildest of Heart is the longest of the three, clocking in at 35 minutes and taking you through all areas of production with cast interviews and plenty of on-set footage. Practicioners of Magic is a look at the special effects and how a number of them were accomplished in-camera and Illuminating Technique showcases how the many title cards in the movie were designed.

Notably absent from the extras is the fantastic oral history trailer that was produced to introduce people to the story but it is easily found on A24’s YouTube page. I highly recommend checking it out and wish this release had more features exploring the history of Sir Gawain and The Green Knight.

The Green Knight is a standard release, packaged in the typical black 4K blu-ray Scanavo case. The first printing includes an embossed sleeve but aside from that the packaging is fairly normal. The Green Knight is packaged with a digital code and Blu-ray disc of the film.

The Green Knight was one of my most anticipated movies of 2020 and unfortunately it fell victim like so many other features to the delays caused by the Covid-19 pandemic. Now that it has come and gone from theaters it is here to stay with a wonderful 4K home release. A beautifully designed and shot film, The Green Knight is a highly recommended 4K disc to add to your library. 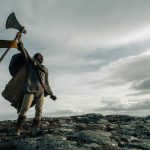