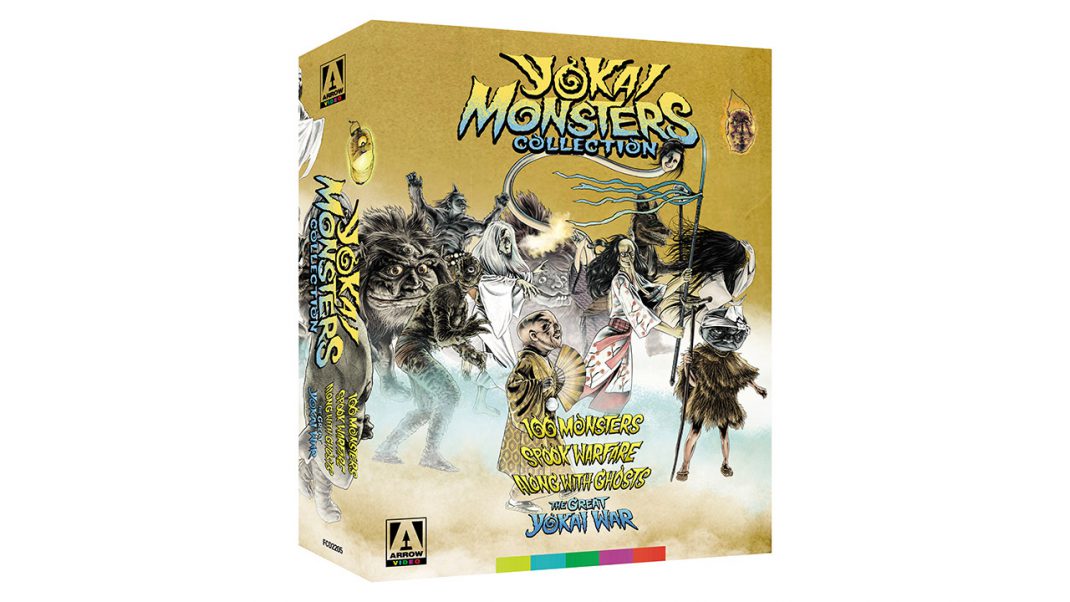 October officially marks the start of spooky season and Arrow has the movies to make sure it’s frightfully fun! The party starts on October 19, Arrow switches gears to Japanese folklore with the release of Yokai Monsters Collection. This limited edition 3-disc set brings the complete monster trilogy from Daiei Film (100 Monsters, Spook Warfare, Along With Ghosts) together on Blu-ray for the first time. Despite not gaining much attention outside of Japan, the films have developed a legacy for their use of special effects and puppets. This new set will look to introduce a new generation of fans to this spectacular world of Japanese monsters and ghosts. Also included is the 2005 film The Great Yokai War from legendary director Takashi Miike. The Great Yokai War was Miike’s attempt at rebooting the series. Miike’s film received a sequel, The Great Yokai War: Guardians, earlier this year.

Also releasing on October 26 is perhaps the month’s highlight, as Dario Argento’s landmark classic, Deep Red, comes home with a snazzy new 4K ultra HD Blu-ray. Deep Red is one of the most iconic Italian films of all time and arguably Argento’s masterpiece. The opening scene of a brutal axe murder is one of the most grisly death scenes ever depicted and the pulsating score courtesy of Goblin is top shelf. This 2-disc set includes both the 127-minute original Italian version of the film and the full 105-minute export version, including the scenes that were never dubbed in English. This limited edition release includes a collector’s booklet, double-sided foldout poster, 6 lobby cards, and more.

And last but not least, He Came from the Swamp: The William Grefe Collection is coming on October 26. Renegade filmmaker William “Wild Bill” Grefe has bravely explored the dark depths of the Florida everglades in a way few filmmakers have. This 4-disc set includes seven different films from the independent director, all of which have been restored using the best remaining film elements. This set is a standard issue release of a special edition set released last November. The special edition sold out quickly but continues to get rave reviews, with Quentin Tarantino recently praising it on the New Beverly podcast.