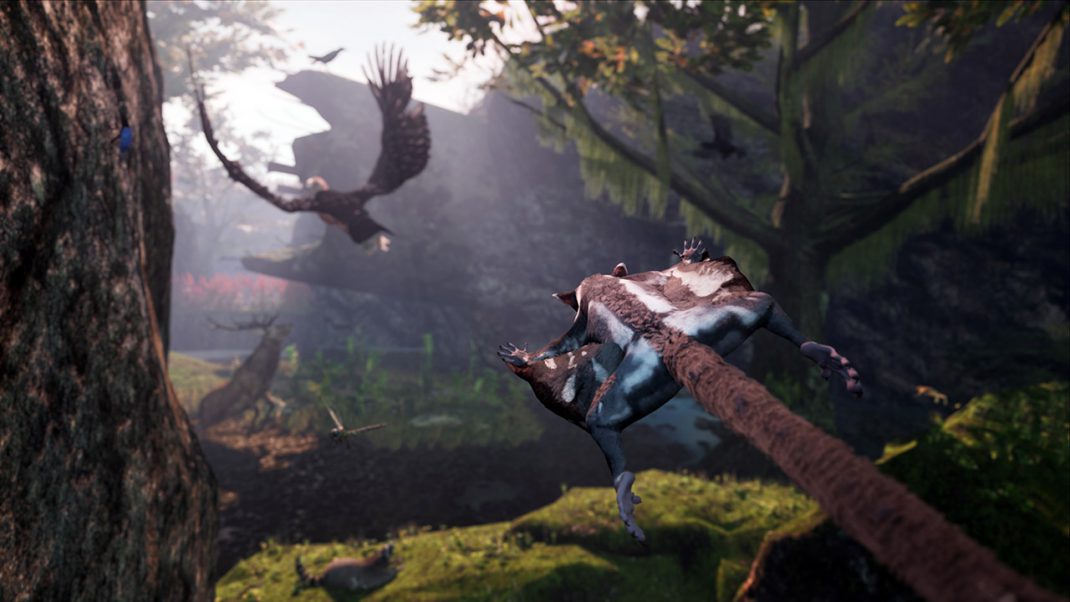 AWAY: The Survival Series Launch Trailer – Game Out Now

Breaking Walls is proud to announce that its nature documentary-inspired narrative adventure about the life of a sugar glider, AWAY: The Survival Series, is available now on PC, PlayStation 4 and PlayStation 5 for $29.99. A physical edition will go on sale on October 1st in Europe and October 5th in the USA through Perp Games.

AWAY: The Survival Series lets you star in your own personal nature documentary as you glide through the forest, sneak past predators, and hunt down your prey, all while a narrator describes your every move. Set in a distant future where nature has reclaimed the planet, AWAY is a narrative-driven survival adventure where you embody a tiny sugar glider embarking on a quest to save your family. Soar across misty chasms, leap from tree to tree, and climb to the top of the forest canopy as you journey across the posthuman wilderness!

“One of the truly great promises of video games as a medium is to let you experience a life different from your own,” said Breaking Walls Co-Founder and Creative Director Laurent Bernier. “I can confidently say that no gamers are sugar gliders, so it’s through the magic of the medium that we’re able to fully flesh out the day to day life of these majestic creatures. Watching a nature documentary isn’t the same thing as a lived experience, and with AWAY we sought to create the closest thing any of us will ever experience to actually being a sugar glider.”

Breaking Walls is composed of an all-star team of industry veterans who have worked on acclaimed series such as Assassin’s Creed, Prince of Persia and Far Cry. Additionally, Breaking Walls has partnered with Life and Planet Earth II composer Mike Raznick to create an enchanting orchestral score for AWAY: The Survival Series. The result is a natural world brought to life with stunning detail.

Breaking Walls has also released a set of relaxing nature soundscapes recorded straight out of the game. Immerse yourself in the world of AWAY with the sounds of a dense forest, the gentle call of birds, and the echo of a distant waterfall. You can get the soundscapes for free at awayseries.com/nature.

A limited physical release for PlayStation 4 and PlayStation 5 will be available through Perp Games in Americas and Europe that will include: