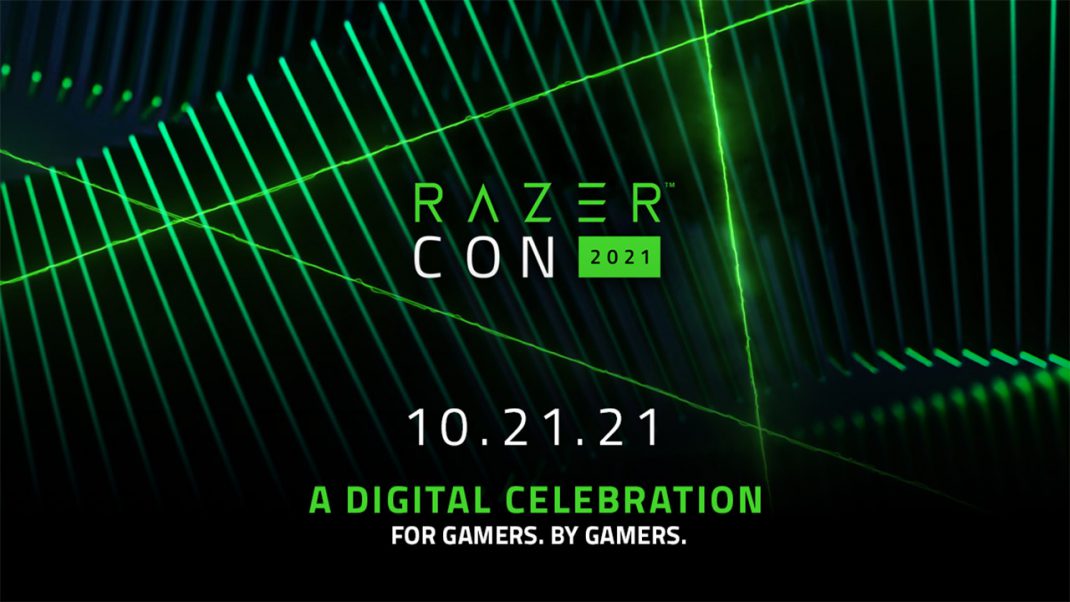 RazerCon Returns for A Second Round on October 21

Razer™, the leading global lifestyle brand for gamers (Hong Kong Stock Code: 1337), today announced that RazerCon is set to return for its second run on October 21, 2021. The digital event is produced by Razer and its network of partners and will be the first ever completely carbon neutral gamers’ livestream.

In October 2020, the inaugural RazerCon was a huge hit with the fans, peaking at over 1 million concurrent viewers with a total of more than 250,000 hours viewed and 175 million impressions across Twitter, Facebook, YouTube, and Twitch. Following the success of last year’s event, RazerCon 2021 is poised to deliver an even bigger show than the 2020 edition, remaining a marquee gathering for gamers from around the world in celebration of all things gaming and more.

Viewers will be plugged into the Razer ecosystem with insider access to exciting news and exclusive reveals from Razer’s interconnected web of hardware, software, and services. Fans will also be treated to special previews of upcoming games, surprise appearances, impressive giveaways, and much more. RazerCon 2021 will be streamed across Razer’s social network channels, including Twitch, Facebook, YouTube, and TikTok.

The preshow is scheduled to begin at 8 AM PST, with the keynote kicking off the event at 10 AM PST, and is expected to end at around 6 PM PST. In another spectacular production, RazerCon 2021 will feature an exciting lineup of shows with the following segments:

“RazerCon was born as our way of saying thank you to our fans and partners, as well as to all gamers around the world. Together we are advancing the industry, evolving competitive gaming, and redefining entertainment. That to me is worth celebrating, and we’ll be doing just that and so much more at this year’s RazerCon,” says Razer CEO and Co-founder Min-Liang Tan. “The event is going to be packed with exclusive announcements and reveals from Razer and our partners, and the kind of entertainment that you will not want to miss, so make sure you tune in.”

RazerCon 2021 will provide thrilling entertainment designed to keep viewers at the edge of their seats, with something for everyone. Gamers can look forward to incredible gameplay previews thanks to supporting partners such as game studios Capcom, Paradox Interactive and more. The event will also pit longtime friends and rivals CouRageJD and Cloakzy against each other, as well as feature a cross-Atlantic chess battle between International Masters Anna Rudolf and Levy Rozman.

Fans can look forward to never-seen-before performances by sketch comedy group Viva La Dirt League and going behind the scenes with Miro Shot, a band renowned for their live concert performances using game engines, virtual reality, and music. If that’s not enough, there will be a concert featuring video game artists from all around the world, who will be collaborating to put on a show viewers will not forget. Finally, from South Korea, DJ Soda, a fan-favorite among the gaming community, will be bringing down the house and closing the party with a special set just for RazerCon viewers.

Viewers can also participate in a plethora of cool contests and giveaways to win exciting prizes from Razer and our partners. Fans can now register for the event on the RazerCon website, and take part in giveaways leading into the event.

This year’s RazerCon livestream will be a completely carbon neutral experience. Razer has conducted a projection study to determine the carbon emissions that would arise from viewers tuning into the event. The study looked at the geographical location of viewers, estimated device power usage, and data transmission via the internet to predict the amount of carbon emissions the livestream would generate. Razer is committing to offset all carbon emissions with the industry’s gold standard – Verified Carbon Standard (VCS) carbon credits to ensure that its community of gamers can immerse themselves in the Razer universe, guilt-free.

Razer launched RazerCon in 2020 with the intention to pay tribute to the global gaming community at a time when physical events were not possible. The inaugural event engaged over one million active viewers and set an entirely new standard for online events. This year, Razer is continuing its innovation streak and is upping the ante with carbon-neutral streaming.

Attendees will also be in for an audio-visual treat as in true RazerCon form, the event will be powered by reactive Razer Chroma RGB lighting (patent pending), a proprietary RGB lighting technology system that features 16.8 million colors to create endless animated lighting effects. Viewers are encouraged to turn on their Razer hardware during the show and watch their Razer Chroma-enabled devices synchronize with the stream, especially during the musical performances at the end.