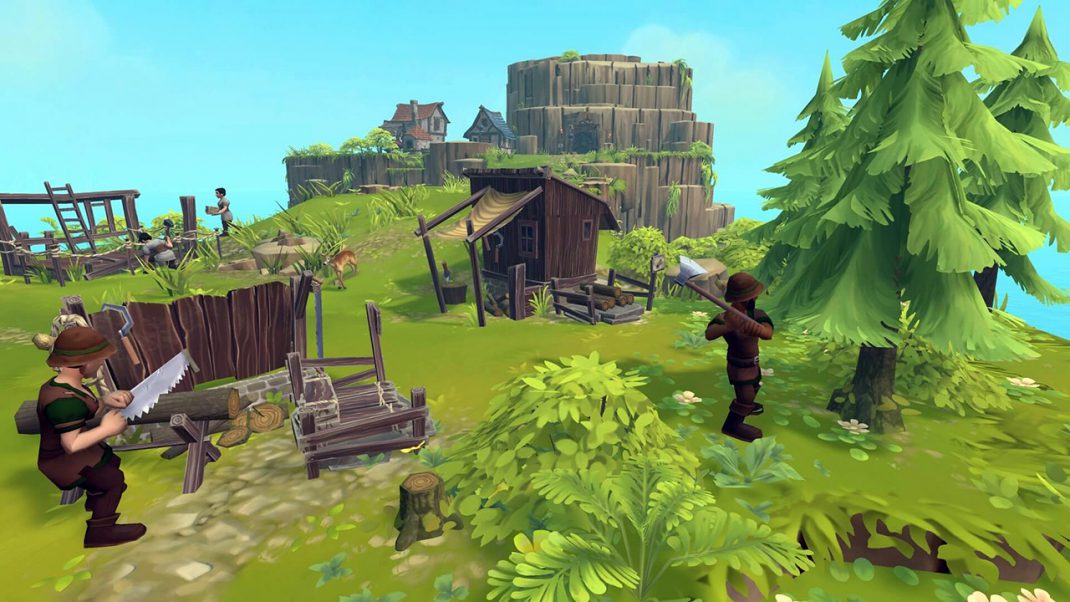 Finally! Townsmen VR is entering the final stages of Early Access. After a complete overhaul, you are no longer confined to a small island in the middle of an endless ocean. The latest Early Access update of Townsmen VR gives you not only a single island to explore but a world to interact with.

The world of Townsmen VR changed drastically. Whereas you just had one island to explore in the old version of the Early Access – the game was intended as a tech demo – you now still start on the tutorial island but one can expand their empire to a world of 13 different islands and archipelagoes. Filled to the brim with exciting features, adventures and things to lay your virtual hands-on. By now the crafting system has been expanded so you have up to 20 different raw materials to build, carve, bake and smelt goods with. A good example is knights.