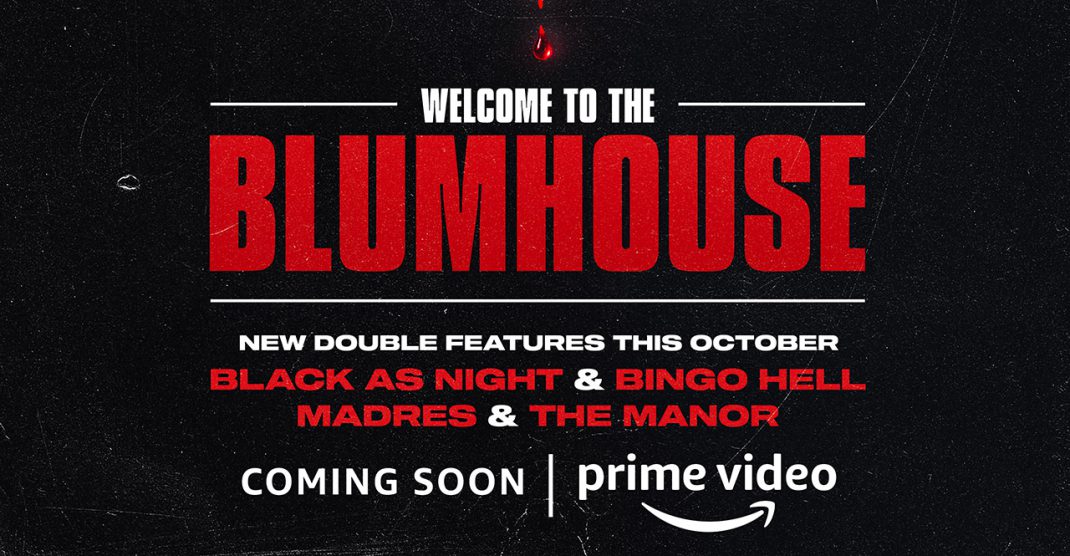 Amazon and Blumhouse Announce Welcome To The Blumhouse LIVE Event

On Thursday, October 14, movie fans worldwide are invited to start Halloween early by stepping inside WELCOME TO THE BLUMHOUSE LIVE. Taking inspiration from the upcoming features Bingo Hell, Black as Night, Madres and The Manor, the WELCOME TO THE BLUMHOUSE LIVE experience weaves the 4 films together in chilling synchrony into one interactive and explorable story world.

Guests can RSVP now at www.WelcomeToTheBlumhouse.live to join the exclusive WELCOME TO THE BLUMHOUSE LIVE experience. Admission is free. Spots are strictly limited.

Sequel to the EMMY-nominated event from last year, WELCOME TO THE BLUMHOUSE LIVE is a spine-chilling thriller that matches the spirit of the films, drawing you in as part of the mystery. Guests of the event will become members of a search party, exploring a labyrinth of interactive rooms, deviant characters, musical performances, 360° audiovisual hypnosis, and more unsettling twists – all contained within a 4-story virtual house.

The experience begins with the vanishing of Estela, an elderly resident of the enigmatic Welcome To The Blumhouse manor. Before she disappeared, Estela was hunting a sinister evil lurking within the house. Now, to solve the mystery of her disappearance, guests will have to follow the clues she left behind in real time, while also uncovering what she learned before disappearing. But be warned, Estela isn’t the first to disappear down these dark corridors….