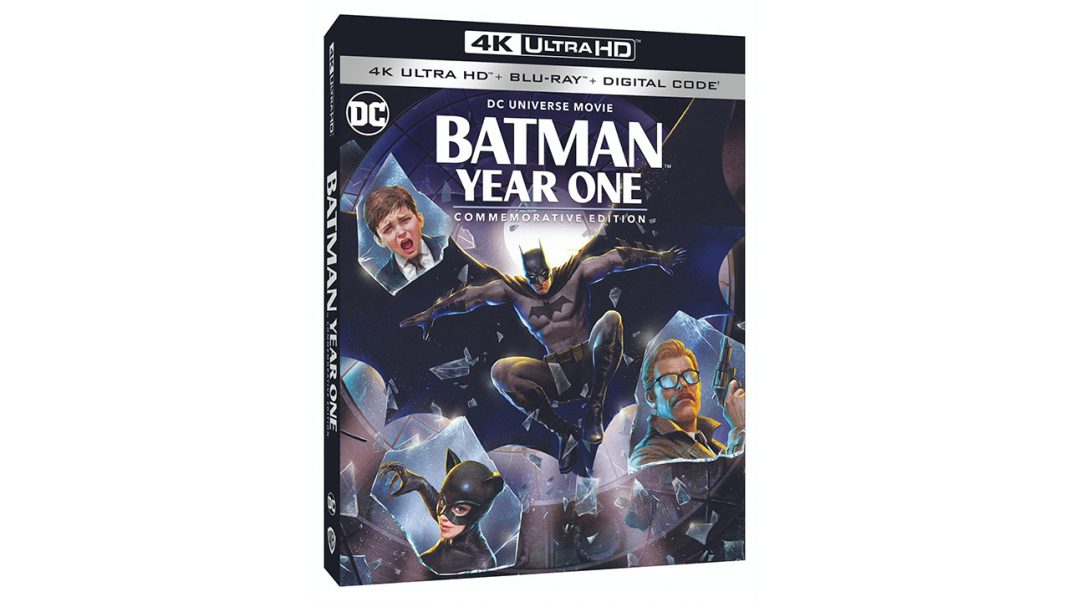 Originally released on Blu-ray and DVD in 2011, Batman: Year One is based on the landmark 1987 DC titles from 12-time Eisner Award winner and Eisner Award Hall of Fame member Frank Miller and illustrator David Mazzucchelli. The film depicts young Bruce Wayne’s return to Gotham City in his first attempts to fight injustice as a costumed Super Hero. The playboy billionaire chooses the guise of a giant bat to combat crime, creates an early bond with a young Lieutenant James Gordon (who is already battling corruption from inside the police department), inadvertently plays a role in the birth of Catwoman, and helps to bring down a crooked political system that infests Gotham City.

Get a sneak peek at the new special feature, Reinventing Gordon, at DC FanDome, the ultimate global fan experience, returns on Saturday, October 16 at 10 a.m. PDT, with an all-new, epic streaming event. The free virtual event will once again welcome fans from around the world to immerse themselves in the DC Multiverse at DCFanDome.com and celebrate the stars and creators of their favorite feature films, live-action and animated television series, games, comics, home entertainment releases and more. DC FanDome 2021 will also be available on Twitch, YouTube, Facebook, and Twitter, giving fans more ways to watch the events unfolding in DC FanDome’s Hall of Heroes.