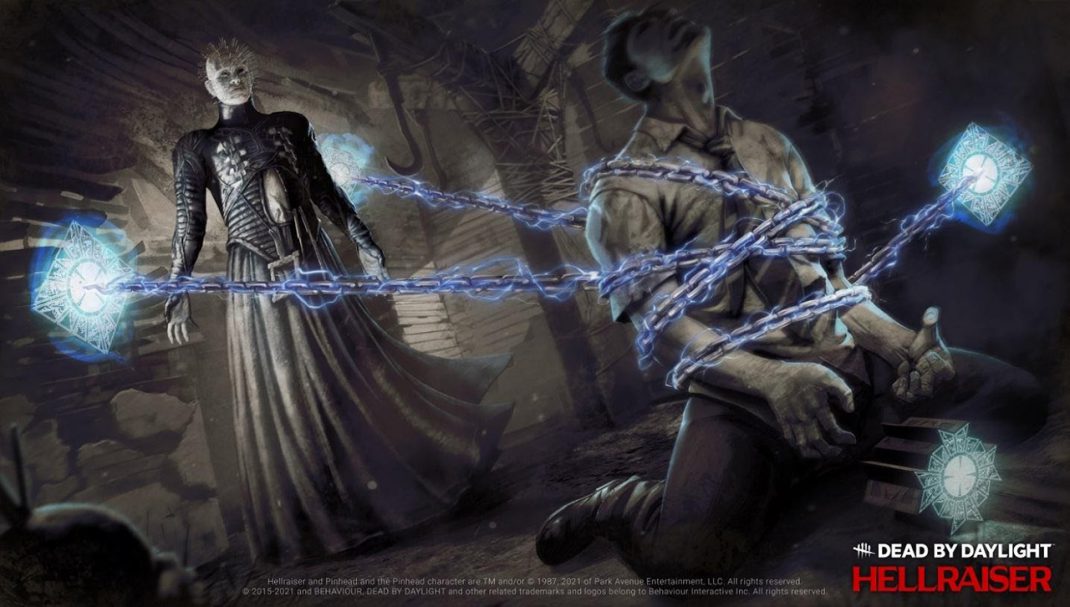 Hellraiser Comes to Dead by Daylight

Angel to some, demon to others, Pinhead™ will be entering the Dead by Daylight™ universe to bring pleasure and pain to the fans who have been summoning him for a very long time. One of the most dazzling and enigmatic characters of the horror universe, the perturbing personage made famous by the Hellraiser™ franchise will arrive in the Fog in September.

“Hellraiser’s Pinhead is one of the most stunning and memorable characters among all the iconic killers of the horror genre”, says Dave Richard, Creative Director of Dead by Daylight. “Not only is he highly charismatic, but he also embraces deeply disturbing horror themes, so our fans have been requesting him for a long time. Bringing Pinhead into the Fog is a way for us to give fans something they want, while cementing our reputation as the Hall of Fame of Horror.”

The Box. We Opened it. And He’s Coming.

Pinhead is an explorer in the further regions of experience, indulging in the limitless thrill of pleasure and pain. When the puzzle box known as the Lament Configuration—a key to another dimension—is found in The Entity’s realm, it’s only a matter of time before it falls into curious hands. Once opened, he arrives. What comes next is sweet suffering that will spill over the realm.

Hellraiser is the latest major horror franchise to join Dead by Daylight and marks yet another milestone in an already stellar year for Behaviour Interactive’s action/horror hit. This additional IP arrives on the heels of the Resident Evil Chapter’s huge commercial and critical success, launched alongside Dead by Daylight’s fifth anniversary in June. Those celebrations were themselves followed closely by another landmark moment as Dead by Daylight set a participation record for concurrent players on all platforms with numbers skyrocketing to a high of over 207,000 concurrent users in June.

The Hellraiser Chapter of Dead by Daylight will be available in September via Nintendo Switch, PS4, PS5, Stadia, Steam, Windows Store, Xbox One as well as Xbox Series X|S.

Pinhead will also be coming to Dead by Daylight Mobile before the end of the year.