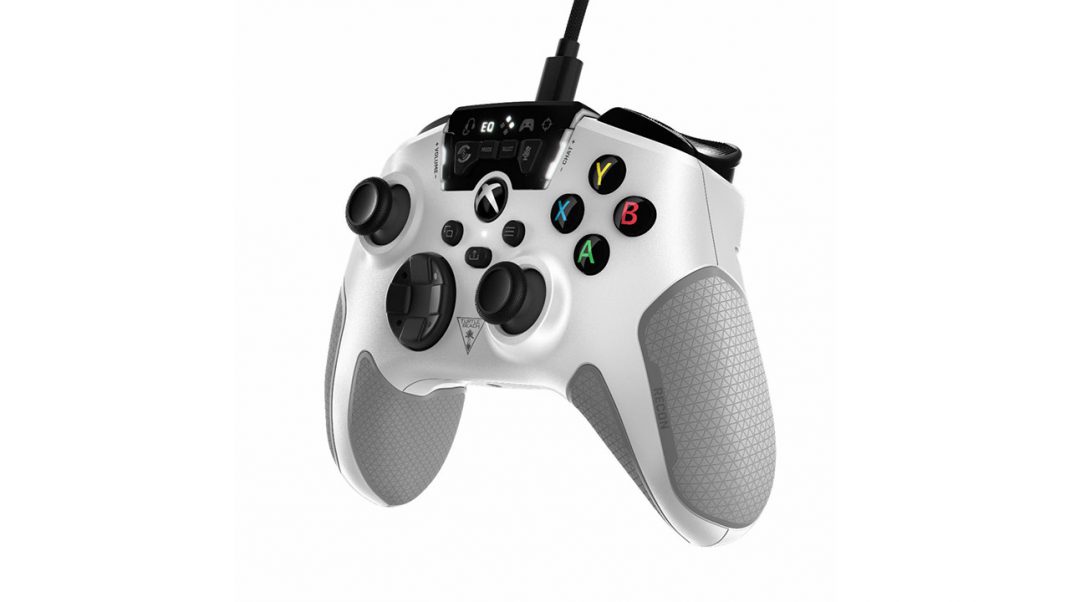 Turtle Beach Recon Controller Out Now for Xbox and PC

Leading gaming accessory maker Turtle Beach Corporation (Nasdaq: HEAR), today announced that gamers on Xbox can now get their hands on the award-winning Recon™ Controller. Turtle Beach’s all-new Designed for Xbox Recon Controller was proudly designated with “Best of E3” awards from CNN Underscored and Android Authority because it is the first controller to blend responsive and precise controls with Turtle Beach’s signature audio technologies, including Superhuman Hearing®, Mic Monitoring, Signature Audio Presets, and more. This combination of powerful, innovative controls and integrated audio heightens gamers’ senses and elevates gameplay experiences when playing on Xbox and compatible Windows 10 PCs. Turtle Beach’s Recon Controller for Xbox comes in black or white for a MSRP of $59.95, and is available for purchase today at participating retailers worldwide and from www.turtlebeach.com.

“With millions of headsets being worn by gamers on Xbox, the Recon Controller is the best complementary accessory because it provides access to Turtle Beach’s exclusive audio technologies to any wired headset,” said Juergen Stark, Chairman and CEO, Turtle Beach Corporation. “The Recon Controller was designed with the same industry expertise that has made Turtle Beach the best-selling gaming headset maker for over a decade, and its unparalleled features and design will help it make a striking entrance into the console controller market. I’m proud of how the Turtle Beach team has once again delivered an amazing product, and I’m excited to have Xbox gamers get the Recon Controller in their hands.”

Designed for Xbox, the all-new Recon Controller is the first controller to pair Turtle Beach’s signature audio innovations with game-winning controls. Gamers on Xbox Series X|S, Xbox One, and compatible Windows 10 PCs will be able to plug in any wired headset with a standard 3.5mm audio interface and take advantage of proven Turtle Beach features, including Superhuman Hearing, Mic Monitoring, Signature Audio Presets, and more. Additionally, Pro-Aim™ Focus Mode lets gamers tune the thumbstick sensitivity for enhanced long-range accuracy, while up to four profiles can be saved on each of the mappable rear quick-action buttons. Feel the recoil of gunshots and the purr of vehicle engines through next-gen vibration feedback from dual-rumble motors in the handles and triggers. The Recon Controller lets gamers play longer and stay cooler thanks to its ergonomic shape and cooling rubber grips. The Recon Controller is the perfect companion for any wired gaming headset, like Turtle Beach’s all-new Recon 500 and best-selling Recon 70 series headsets.