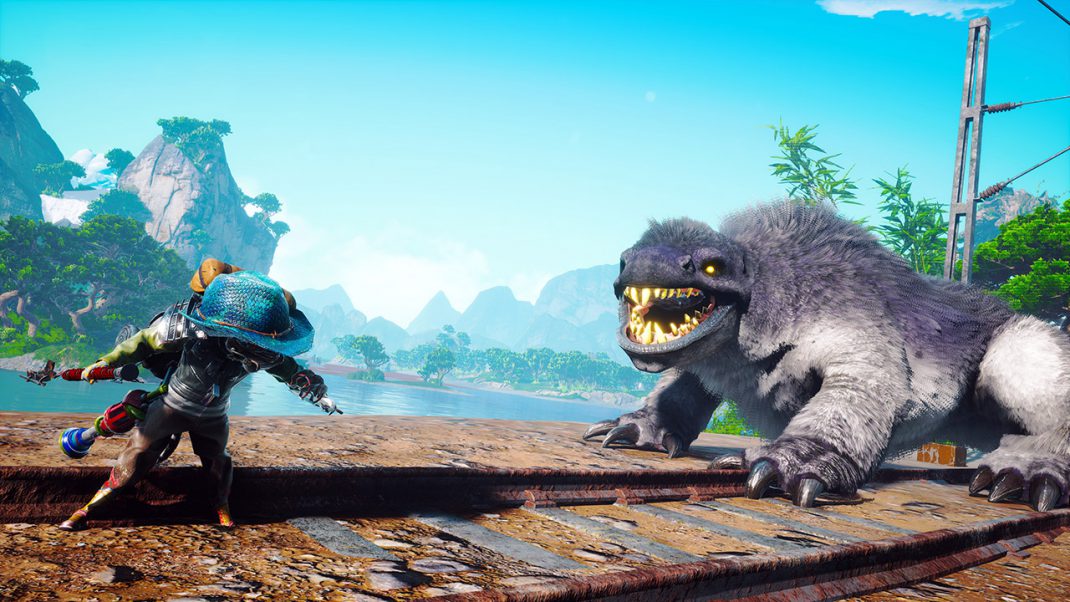 Biomutant is the newest open world, action-role playing game from developer Experiment 101 and publisher THQ Nordic.  Biomutant is a very imaginative and unique game, but it does run into some issues for me and it may not be the next, great game you are looking for.  Let’s dig a little deeper with our full review of THQ Nordic’s Biomutant.

Biomutant is set in a post-post-apocalyptic Earth where humans have become extinct due to a catastrophic end to our world via pollution.  You play as a furry….thing.  You look kind of like a mutated, two-legged weasel, with one eye.  When you begin a game of Biomutant, you immediately go into your character creation screen to create your varmint.  There, you will determine your creature’s stats, character class, and appearance. 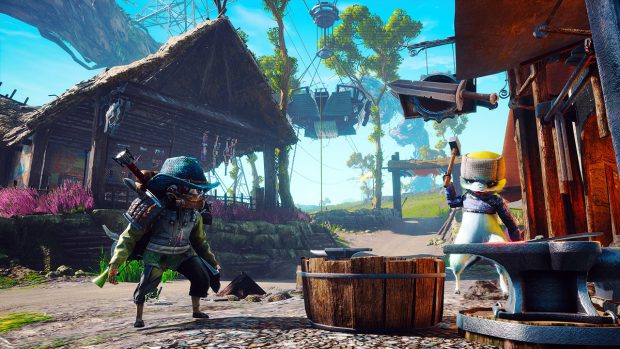 When the story begins, you are wandering through a bunker, learning more about your quest and what has happened to the world.  Ages ago, humans destroyed themselves and the planet by polluting and devastating the environment.  This caused various creatures and mammals to evolve into what is around today, including you.  The story of Biomutant centers around the Tree of Life at the center of your world, and 4 large world eating beasts that are threatening the Tree of Life.  You must either choose to protect the Tree by defeating the world eaters, or destroy the Tree by defeating the world eaters, and then letting them wake up and eat the tree anyway.  Yeah, the game really doesn’t know what to do with you if you choose to destroy the Tree of Life, it kind of sends you on the same path, with mild differences in story line.

There is a lot to like about Biomutant’s story, but also a lot that I didn’t like.  The story is a typical “save the planet” type story, where you have to choose a path early and pick either the clearly light path or the clearly dark path.  This also will determine which tribe you ally with in the beginning.  There are also flashbacks that fill out more of your back story as you visit locations, like your old village.  These flashbacks gives your character more story and really fleshes them out, which I liked.

What I really didn’t like about the story is the Narrator.  Your character does not talk in a language that you understand, so throughout the story you have a narrator that is summarizing every conversation that is going on, and also interjects their own thoughts into the game play.  At first, I thought this was an interesting touch, but as the game continued my stamina for the Narrator quickly ran out.  I am not sure exactly why that is, it may have to do with the tone of the narrator being all over the place.  The Narrator goes from sounding like a wizened monk with deep words on philosophy and life, to a kindergarten teacher reading the latest book on pliff puffs.  In the end, I could have done without the Narrator, and would have been perfectly fine with subtitles if the various vermin of this world were not going to speak English. 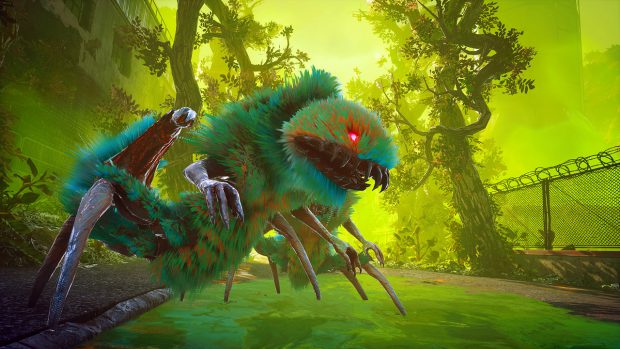 Biomutant is an open world, 3rd person, action-rpg and is outfitted with tons of details and systems, some that work well, while others not so much.  Let’s start of with combat.  Combat in Biomutant feels right and behaves like other action-rpgs on the market.  You begin the game with a set of weapons and moves, based on your character class.  I played as a Dead Eye, a character who mostly wielded a gun, with a sword for melee situations.  As you level up, you can unlock more moves for your character, and super powers called Mutations as well.  What you will quickly find is, that a few of these moves and mutations will work wonders for your playstyle and you really won’t need anything else.  Combat was fluid and satisfying throughout the game, which I really enjoyed.

What I didn’t enjoy was the quests that are found throughout Biomutant.  Quests in Biomutant, for the most part, are repetitive and boring.  There are way to many copied quests that had small alterations to them throughout the game.  Not to mention that battling the world eater bosses is exactly the same whether you chose to save the Tree of Life or not.  You will also run into many invisible walls that will force you into completing certain quests and fort invasions the way that the developers want you to.  Unfortunately, the repetitive and boring quests, including the many, many fetch quests, really brought down my enjoyment of Biomutant.  What started out as a unique, imaginative, and fun action-rpg, became a chore to slog through because of the quests. 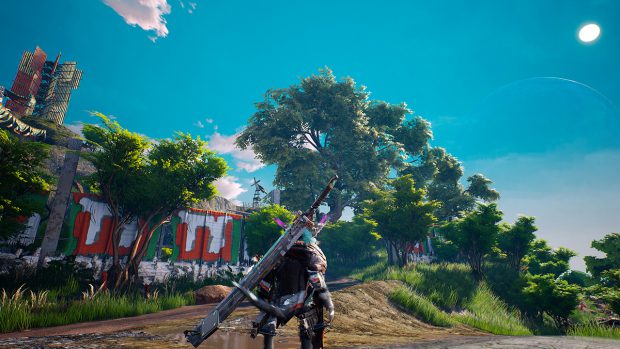 Let’s get back to being positive here for a quick moment.  Biomutant looks gorgeous!  You will run into so many beautiful environments as you progress through the story.  The open world has so many vastly different biomes to explore, from thick forests, to desolate wastelands, and even radioactive zones.  You will also run into the same temperature mechanic that Breath of the Wild had, where the zone is so cold that you can only stay there for so long before freezing to death.  While that mechanic is not necessarily unique, it works out quite nicely here.

But, like most aspects of Biomutant, there has to be a negative here as well.  That negative is the voice acting.  While I understand the developers wanting to go with characters that had a language that we, as humans, could not understand, the language that they developed for our furry rat things sounds like gibberish instead of some sort of actual language that these creatures would development.  To compound this issue, is the ever present Narrator, which I discussed earlier.  I won’t beat him up again here, but I really did not like that guy. At all.

Biomutant is a game that I hope gets a sequel, mostly for the developers to realize what worked and what didn’t.  Biomutant feels like a game that was developed with no clear goal in mind, with so many mechanics and systems tossed in that nothing completely feels polished in the end.  There is potential here, and I believe that a sequel will come out being much better then the first game.  The combat felt solid and was engaging and fun, and the environments were gorgeous, imaginative and unique.  However, all of this is balanced out by boring quests, no clear difference in gameplay when it came to the world eaters, and just annoying voice acting by the creatures and the Narrator.  Not all is lost for Biomutant, I still found it a very solid game that I did enjoy, just not enough to warrant another playthrough.  Biomutant is available now on Steam. 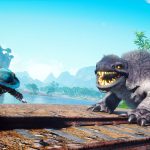