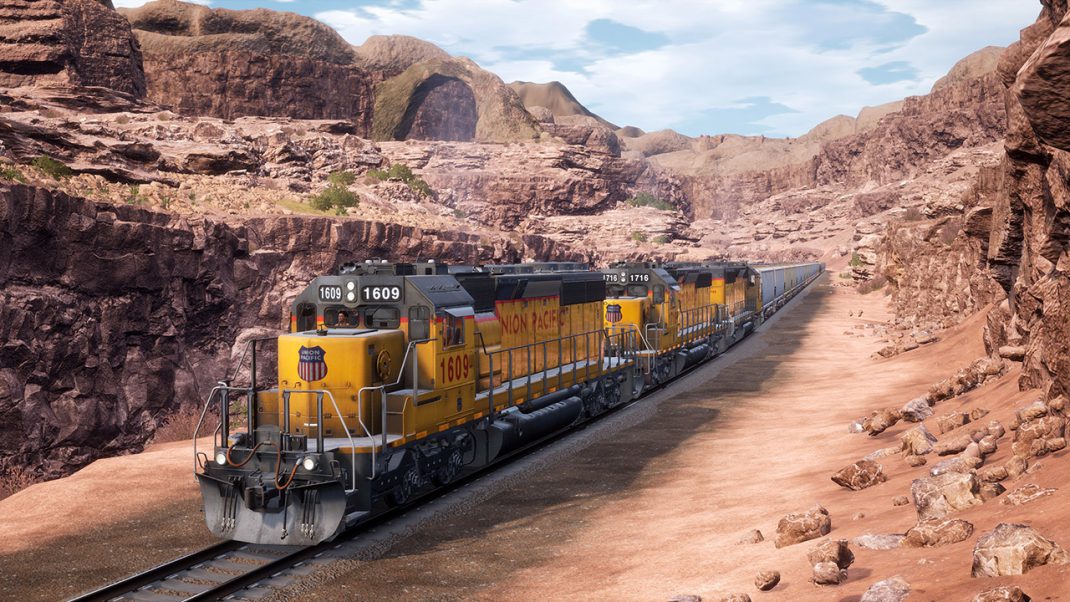 Dovetail Games today announced the Skyhook Games developed ‘Cane Creek: Thompson – Potash Route’ DLC for Train Sim World 2 has left the yard and is live for PC, the PlayStation®4 computer entertainment system, the Xbox One family of devices including the Xbox One X. The new route, including the AC4400CW and SD40-2 locomotives authentically recreated in the game, is available for purchase for $24.99 / £24.99 / €24.99

A comparative newcomer to American rail, the Cane Creek Branch opened in 1962 and remains in operation by Union Pacific, serving a sprawling potash mining facility in Utah. Players will be handling line-hauling and switching duties before getting behind the controls of the massive six-axle diesel engines. Running 40 miles from Brendel, Utah south to Potash, Utah, the route takes players on a tour through the extraordinary scenery unique to the western deserts of America as they travel the winding “roller coaster” through canyons and vast, open lands.

The new line can be experienced in multiple ways, allowing players to operate the trains, ride as a conductor, complete route tasks, or pick a vantage point to observe the locomotives and scenery from afar. Players can also take advantage of the Livery Designer to create a custom look for their locomotives and use the Scenario Planner feature to create custom scenarios of the Cane Creek route.

For more information on Train Sim World 2, visit www.trainsimworld.com and follow the game on Twitter @trainsimworld, Instagram @trainsim, and Facebook @trainsimworld. Keep up with all the latest simulation news from Dovetail Games at https://live.dovetailgames.com/.