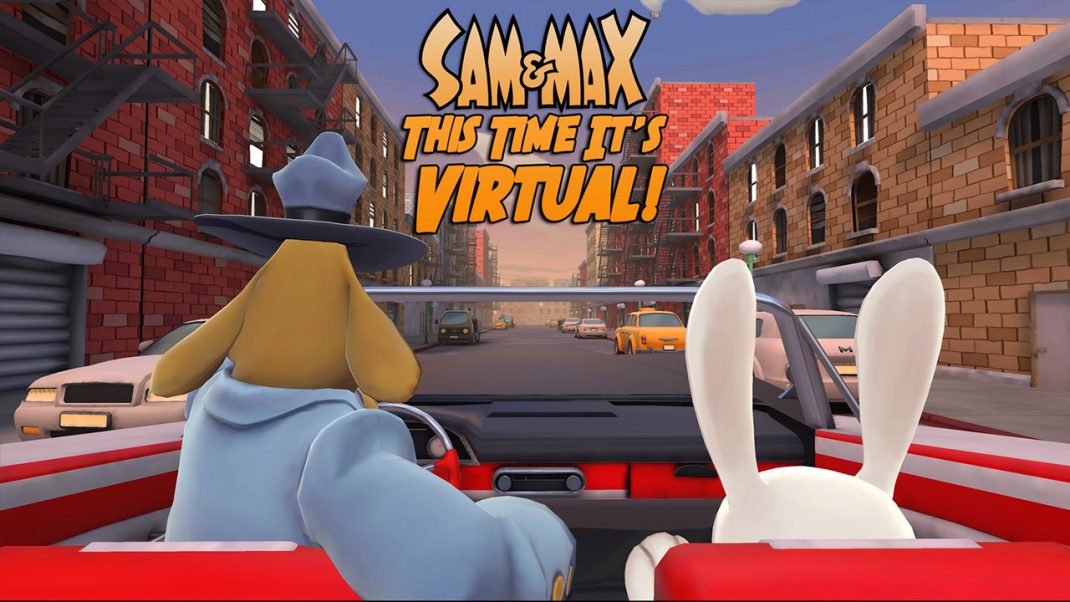 Indie game studio HappyGiant and publisher Big Sugar have announced that Sam & Max: This Time It’s Virtual! is available today on Oculus Quest. The action-adventure VR title featuring Steve Purcell’s irrepressible dog with a hat and hyperkinetic rabbity-thing, is the duo’s first game in more than a decade and the pair’s first foray into Virtual Reality. The game can be downloaded July 8th, 2021 starting at 1pm EST on the Oculus store page for $29.99 USD.

Following its release on Oculus, Sam & Max: This Time It’s Virtual! will launch later this year for SteamVR and Viveport Infinity, and then PlayStation VR (PSVR) in early 2022. The game will feature subtitles in multiple languages soon as well.

Even multimedia evil-slappers like Sam & Max could use a hand, and this time they’re using the incomprehensible magic of virtual reality to invite the player into their off-kilter world for a furious day of monster-slaying, obstacle courses, responsibly discharged firearms, and, of course, saving the entire freaking world. Sam & Max: This Time It’s Virtual! mixes puzzles and escape rooms with challenges of skill and classic point-and-click adventure sure to put even the heartiest Freelance Police cadet through their paces.

HappyGiant has ensured the pair is in good hands with an all-star team of Sam & Max veterans including the characters’ creator, Steve Purcell, renowned concept artist Peter Chan, writer and designer Mike Stemmle, and music composer Jared Emerson-Johnson who wrote an original soundtrack for the game. David Nowlin and Dave Boat are returning to voice Sam & Max. In addition, Steve Purcell also performed as a character in the game, a first for the series.

“It was amazing to watch this game coming to life and see Sam & Max take on yet another new medium,” said Steve Purcell, the creator of the series. “Happy Giant found the sweet spot in capturing the spirit of the older games while making something entirely new and weird. It was fun getting to interact with Sam & Max in a virtual world, help out with the initial design and even contribute a little bit of voice work at the end.”