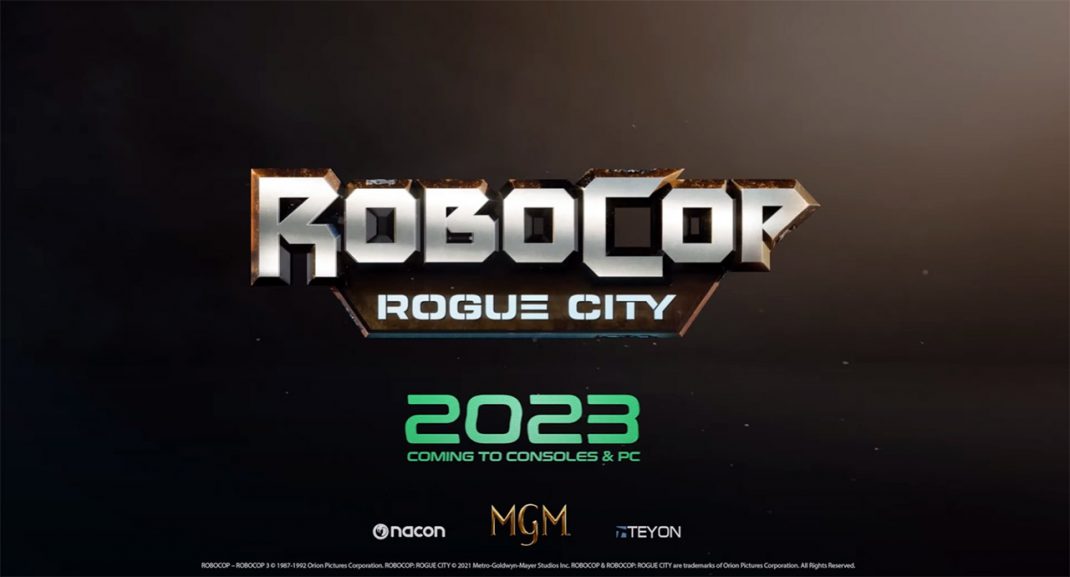 One of the most exciting sci-fi franchises of all time is coming to a gaming screen near you! Game publisher NACON and Metro Goldwyn Mayer (MGM), a leading entertainment company focused on the production of premium film and television content across platforms, announce they have signed an agreement to launch an all-new RoboCop video game based on the first three films in the original RoboCop universe. The highly-anticipated game will feature a new RoboCop story and is being developed by the studio Teyon, who is behind the critically successful Terminator: Resistance. The game is planned to release in 2023 for console and PC platforms.

RoboCop is a classic sci-fi action-adventure and one of Hollywood’s most iconic film franchises of all time. First released in 1987, the franchise continues to resonate with audiences around the world today. Celebrating its 35th anniversary next year, RoboCop has transcended pop culture with a robust consumer products and licensing program and a strong legacy in the gaming space.

NACON and Teyon will work with MGM to develop an authentic RoboCop game experience that is faithful to the franchise’s DNA, while immersing gamers in an original story that enables them to play as none other than RoboCop himself. In the original RoboCop film, when good cop Alex Murphy is fatally wounded by ruthless criminals, innovative doctors are able to piece him back together as an unstoppable crime-fighting cyborg called “RoboCop.”

“We’re delighted to be teaming up with MGM to offer a new vision of a popular franchise that was created over 30 years ago. This game is the perfect fit to pursue our aim of offering different gaming experiences to the widest possible audience,” said Alain Falc, CEO of NACON.

Robert Marick, Executive Vice President Global Consumer Products and Experiences, at MGM, said, “We’re very much looking forward to collaborating with NACON and Teyon to bring one of MGM’s most timeless I.P.’s back to gaming platforms with a brand-new story. The film is known for gripping action and complex storytelling, and we are excited for RoboCop fans to experience this first hand through the game.”

More information about RoboCop: Rogue City will be shared at a later date.