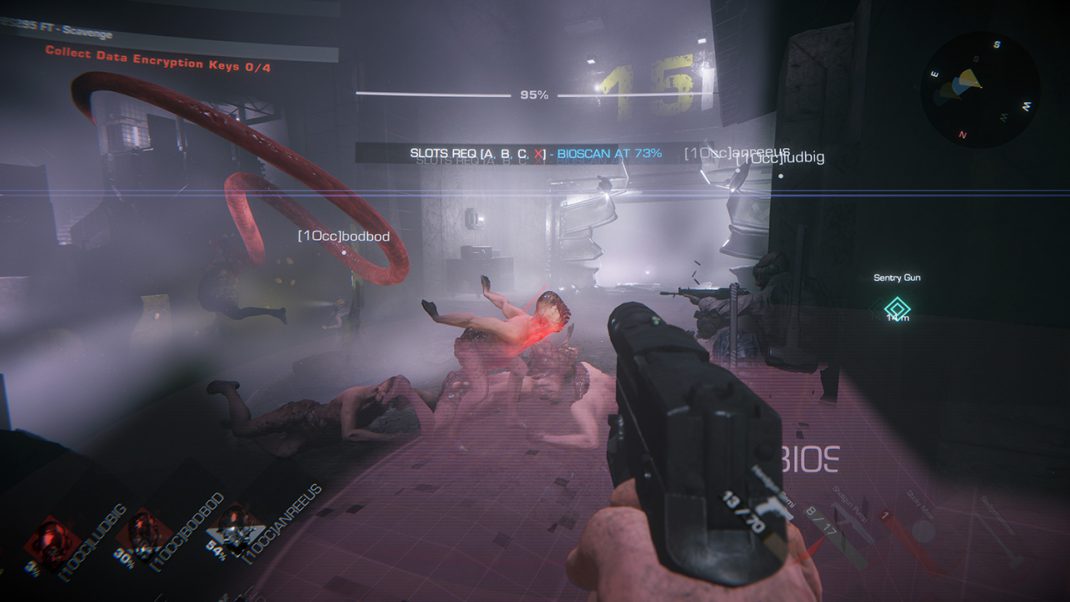 10 Chambers — a Swedish game development studio composed of industry veterans known for PAYDAY: The Heist and PAYDAY 2 — is excited to announce today the launch of a new title update for its popular cooperative horror shooter GTFO on Steam: “Rebirth://EXTENDED”. The latest GTFO update (dubbed Rundowns) expands upon the “Rebirth” Rundown which was released in late April 2021, adding five new expeditions for a total of thirteen unique missions. Also included in the Rundown update is a new game objective which tasks players with surviving relentless enemy hordes as they fight tooth and nail to progress through expeditions before a 30-minute timer runs out, all the while solving complex tasks like hacking computer terminals to clear their path.

Described as “Left 4 Dead meets Aliens,” GTFO is a terrifying, hardcore cooperative multiplayer shooter where good teamwork means the difference between life and death. The game uses a concept called Rundowns, which are regular game updates that add new limited-time expeditions (maps, scenarios, enemies, etc.) that completely replace the previous Rundown. Cast in a four-player team of prisoners held against their will by a mysterious entity called The Warden, survival depends on a team’s ability to communicate, coordinate, and manage their ammunition — else they doom themselves to a bloody, messy death. To The Warden, they’re all expendable.

Rebirth://EXTENDED is GTFO’s biggest Rundown to date, acting as the game’s latest major title update ahead of a full 1.0 launch out of Steam Early Access later this year. The previous GTFO update set the stage for Rebirth://EXTENDED by adding a new fauna-filled map called Floodways and by introducing artifacts which players can redeem for ability-buffing injections aptly named Booster Implants. 10 Chambers will reveal its ambitious plans for GTFO Version 1.0 and what exciting improvements players can expect to the game in the coming months.

“The beauty with the Rundown concept is that we can throw new challenges at our community with every new one and see how they are received. The community can always be excited for what will come next, and it is also more fun for us to develop. It keeps us on our creative toes. The new ‘horde objective’ will require some high level of stress management from our Prisoners,” said Simon Viklund, Narrative Director and Composer of GTFO.

“We have fleshed out a pretty extensive list of features we want available in GTFO as a Version 1.0 game; we have always wanted the Version 1.0 launch to be felt. The transition from Early Access to Version 1.0 will be noticed in this game – and we feel confident that this transition will happen this year,” said Ulf Andersson, Creative Director of GTFO.

GTFO released on Steam in Early Access in December 2019 and is available for purchase for $34.99. To celebrate the launch of the Rebirth://EXTENDED update — which is free to owners of the game — GTFO is on a limited-time sale for 20% off. To purchase the game, please visit: https://store.steampowered.com/app/493520/GTFO.