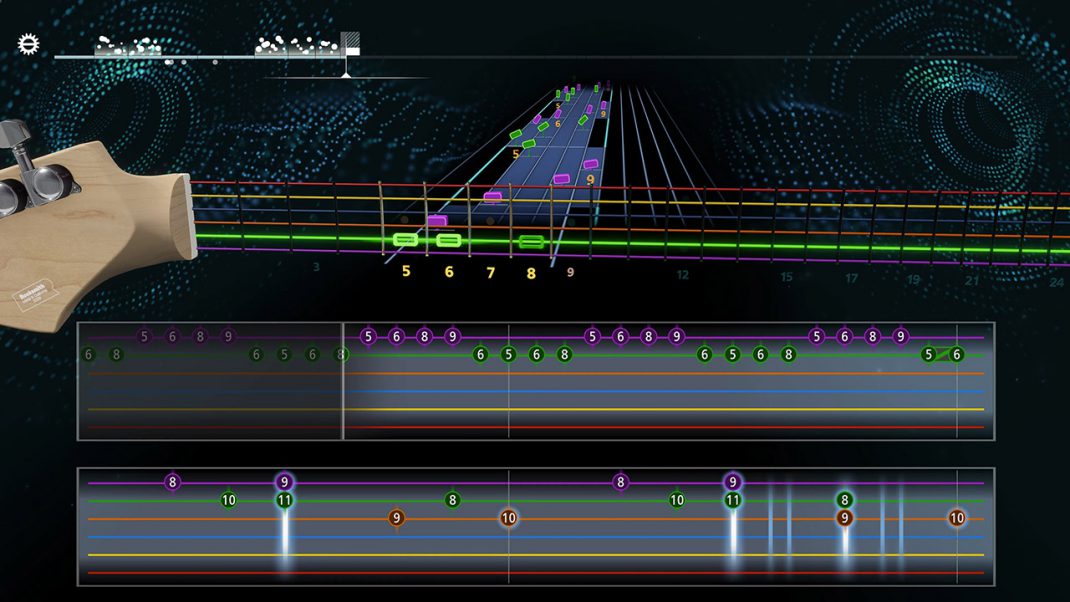 Compatible with acoustic, electric, and bass guitars, Rocksmith+ will start with thousands of songs and grow to millions more in the future, within genres spanning from rock, classic, indie, alternative, hip-hop, pop, metal, country, Latin, R&B, and more. At launch, Rocksmith+ will have a variety of authentic arrangements that represent songs the way the artists originally played them, and all songs in the library will be playable with chord charts for players to hum and strum to.

Developed by Ubisoft San Francisco, the team behind Rocksmith® that provided guitar learning for over 10 years, Rocksmith+ is the only subscription service that offers interactive music learning using official song masters and powerful real-time feedback.** 95% of Rocksmith guitar players have improved their skills, and Rocksmith+ builds on the proven method with new songs, learning modes, and practice tools to be added for years to come.*** In addition to improving their mechanics, users will also receive access to free online videos to learn about proper technique, music theory, gear, instrument care, and more.

In addition, users can play with an acoustic guitar or an electric instrument and amp using the Rocksmith+ Connect mobile app, which offers phone-as-mic technology. By pairing their mobile device with their PC or console, the on-board microphone can track their guitar – allowing them to play with no additional gear needed. Rocksmith+ is also compatible with consoles using the Rocksmith Real Tone Cable. For PC users, Rocksmith+ is compatible using the Real Tone Cable or existing guitar interfaces on electric and acoustic-electric instruments.**** Rocksmith+ is also partnered with Gibson, Epiphone, Kramer, Ibanez, Ernie Ball, Ernie Ball Music Man, Marshall, Orange, and Mesa/Boogie.

Rocksmith Workshop, a new user-generated content system that allows users to add arrangements from a list of pre-licensed songs to the library, will bring the music community to the heart of Rocksmith+. For the first time, the Rocksmith community has more control over adding the arrangements they want when they want. The publicly accessible Rocksmith Workshop will let users create all aspects of a song from the transcription to the tones. Community arrangements are peer-reviewed for quality and available to all users.

Rocksmith+ has world premiere learning tools that takes the guesswork out of music mastery. But even the world’s premier music learning software needs to be fine-tuned for the millions of songs coming down the road. To test Rocksmith+ for free during its PC closed beta, please visit rocksmith.com/beta.*****

For the latest news on Rocksmith+ and other Ubisoft games, please visit news.ubisoft.com.