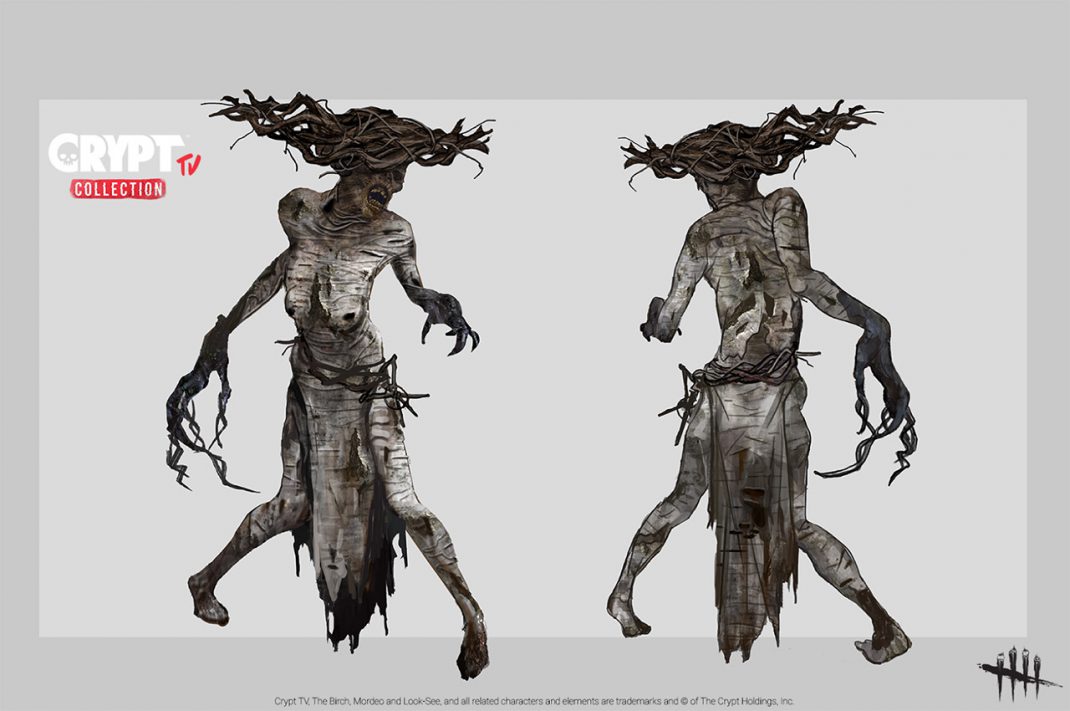 Behaviour Interactive is thrilled to be teaming up with Crypt TV to introduce three new outfits for Dead by Daylight available in the in-game store.

Crypt TV is a digital brand aiming to create the next generation of iconic monsters through its online horror content.

“Dead by Daylight is a labor of love, an homage to horror written by a bunch of passionate fans. We found the exact same thing at Crypt TV,” says Mathieu Côté, Game Director on Dead by Daylight. “The characters they created are so wonderful and upsetting, it was a perfect fit for the realm of the Entity. I know our fans will go crazy for the new collection CryptTV has brought to us.”

The Huntress as The Mordeo 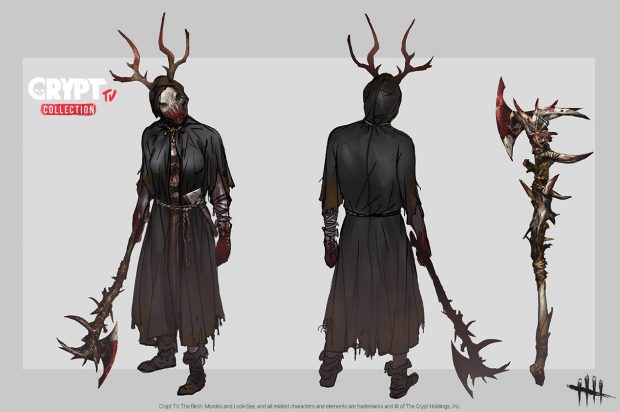 The Mordeo are a race of demons that are created when humans resort to cannibalism in a special section of the woods.

Let the Huntress transform into a mythical demoness thanks to this legendary set which features the Skull of Flesh-Eaters Head, the Queen’s Shroud and a very special weapon, Insatiable Hunger, dipped into her enemies’ blood.

The Doctor as The Look-See 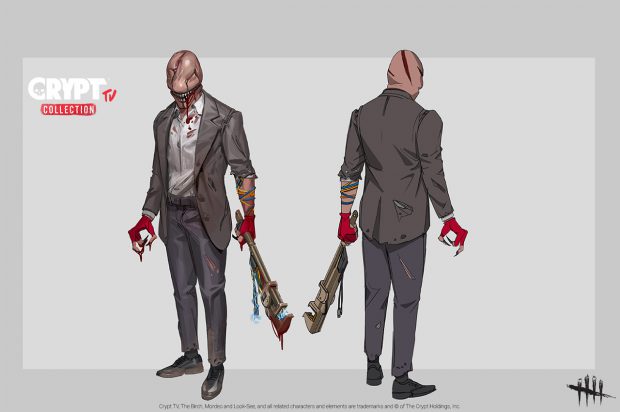 The Look-See is an entity that preys on those unable to move on from their grief.

Transform The Doctor into The Look-See with a legendary outfit that includes The Sinister Grin Head, a humanoid face devoid of any features let alone a twisted and corrupted grin, The Dark Suit, a shredded version of a clean-cut blazer and shirt and a terrifying new weapon: The Chance Wrench.

The Hag as The Birch Witch 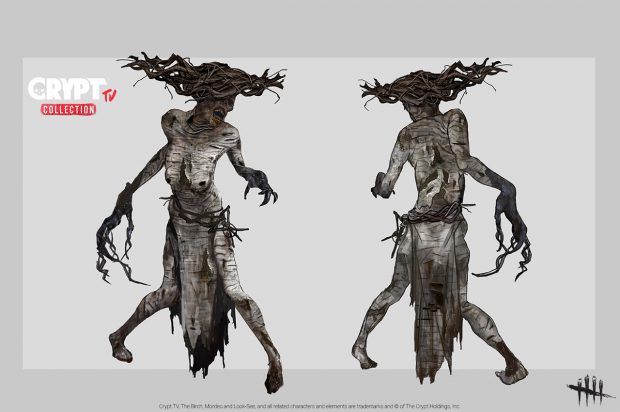 The Birch is Crypt TV’s most popular character to date and the main protagonist of the hit Facebook Watch series of the same name. The Birch, is a sentient tree, a vengeful protector of those with love in their hearts.

Dress The Hag in this mix-and-match outfit, comprised of the Knotted Crown, damp soil and roots sprung from the ground, Bark Crust, a body made of bark and her weapon: the Gnarled Talon.

For the first time in Dead by Daylight’s history, the Crypt TV Collection outfits can be purchased using Iridescent Shards, one of the game’s progression currencies.

“Crypt’s IP has grown successfully into TV, and now seeing those characters expand into Dead by Daylight, one of horror’s biggest video games, is very exciting, says Jason Blum, Crypt TV investor. “Dead by Daylight and Crypt have passionate fans, and I’m sure the community is going to love playing as The Birch, Look-See & The Mordeo.’