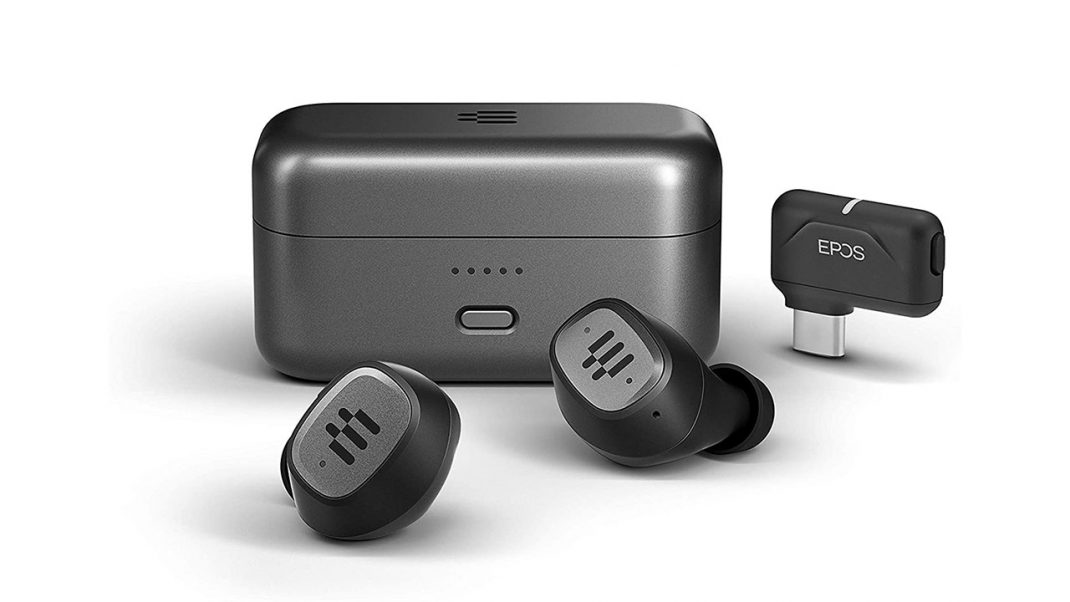 EPOS has done something really special with their GTW 270 Hybrid Wireless earbuds in that they are, to my knowledge, the first earbuds designed for gaming. It’s a bold aim as, usually, earbuds have small sound drivers and not a lot in terms of features. However, I am thankful to say that, EPOS has mostly delivered on their promise. When getting the EPOS GTW 270 Hybrid earbuds out of the box, I was impressed by their shiny black case. It’s not flashy, actually rather understated – classy, if you will. The package consists of one charging case, a few earbud tips, two earbuds, and one USB-C wireless dongle. The earbud tips are nice as they come in different sizes to attempt and accommodate many ear sizes. There is just one button on the left earbud which controls various functions of the device. But, you must learn various combinations of clicks to control it though – which is a little bit of a pain.

This dongle is what makes the magic happen as it allows for low latency aptX communication from your PC or laptop to the GTW 270 Hybrid earbuds. You can also choose to pair the earbuds to devices via Bluetooth 5.1, but then you lose the aptX virtual surround sound capabilities. Sound quality was one area I expected to be subpar. How can you push all the high, mid, and low audio of a modern video game through a set of earbuds? EPOS accomplishes this by way of the aptX low latency codec. I had the pleasure of testing out a previous pair of aptX enabled headphones and found the virtual surround sound to be greatly satisfying. In the case of the EPOS GTW 270, the aptX technology is still doing its job, delivery good virtual surround sound. However, there does seem to be some loss of quality due to the lower power drivers in the earbuds themselves.  It’s not bad by any means – the mids, highs, and low end audio all sound very good. This might not be the solution for those expecting a high-end audio experience like what one would find in studio headphones.  For what they are designed to do – they work great! 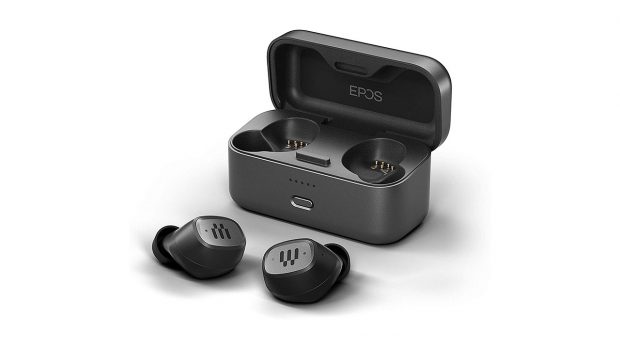 There is one caveat to using the GTW 270s in this manner – and that is the loss of the microphone. In aptX mode, the microphone will not work as all the bandwidth is being used to delivery quality virtual surround sound. Of course, you can use the microphone in Bluetooth mode all you prefer, but at a loss of the surround sound. You can pair up to 8 devices to the EPOS GTW 270s, which is really nice in order to make the most of them. Also, I never experienced any lag when playing games using the GTW 270s, so that’s just another bonus in favor of these earbuds.

EPOS does have its own software to control the audio of the GTW 270 – its called, simply, EPOS Gaming Suite, and allows you to change the EQ as well as cycle between several presets. And, while the battery case can extend the earbuds life for around 15 hours, the earbuds themselves are billed to last about 5 hours of use which, impressively, they did in our testing.

Overall, the EPOS GTW 270 hybrid wireless gaming earbuds are a great way to take good quality virtual surround sound with your laptop games, mobile phones, Nintendo Switches, or just your PC at home. The GTW 270 Hybrid earbuds retails for $199 and are available now.

UPDATE (4/21/21): The EPOS GTW 270 Hybrid earbuds have just received a new firmware update, which unlocks the ability to connect through the USB-C dongle and Bluetooth simultaneously – although only one can be active at any time. The update can be applied via the EPOS Gaming Suite on PC. 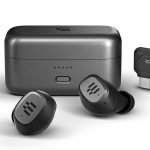