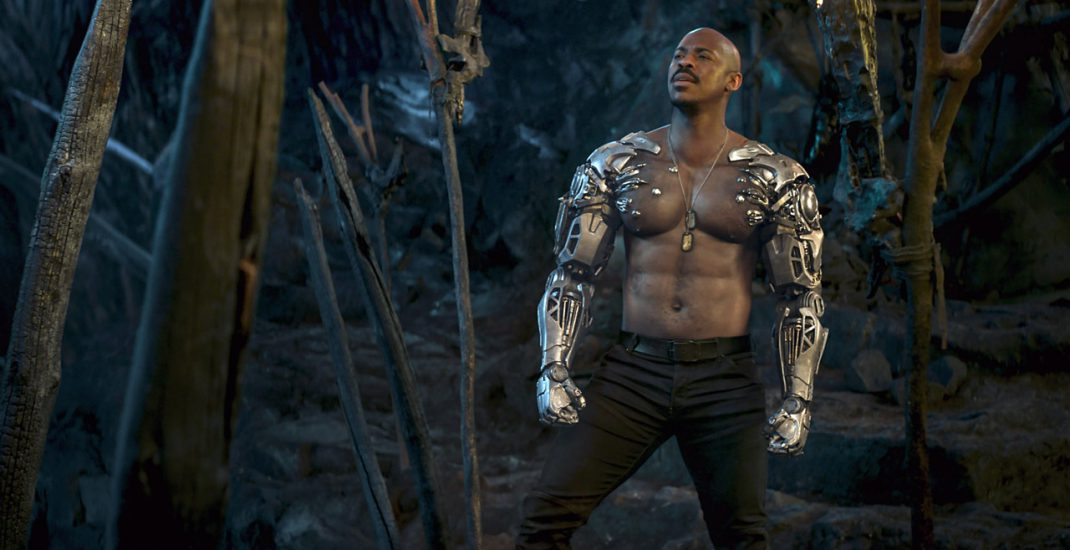 In the film, Cole is unaware of his heritage, and why he is being hunted by Outworld’s Emperor Shang Tsung’s best warrior, Sub-Zero. Fearing for his family’s safety, Cole goes in search of Sonya Blade at the direction of Jax, a Special Forces Major who bears the same strange dragon marking Cole was born with. Once he is brought to the temple of Lord Raiden, Cole begins his training with experienced warriors Liu Kang, Kung Lao and rogue mercenary Kano. Soon he will stand with Earth’s greatest champions against the enemies of Outworld in a high stakes battle for the universe.

Helmed by award-winning Australian commercial filmmaker Simon McQuoid, marking his feature directorial debut, and produced by James Wan (“The Conjuring” universe films, “Aquaman,”), Todd Garner (“Into the Storm,” “Tag”), McQuoid and E. Bennett Walsh (“Men in Black: International,” “The Amazing Spider-Man 2”), “Mortal Kombat” is releasing worldwide on April 16, 2021 in theaters and will be available in the U.S. on HBO Max for 31 days from theatrical release.