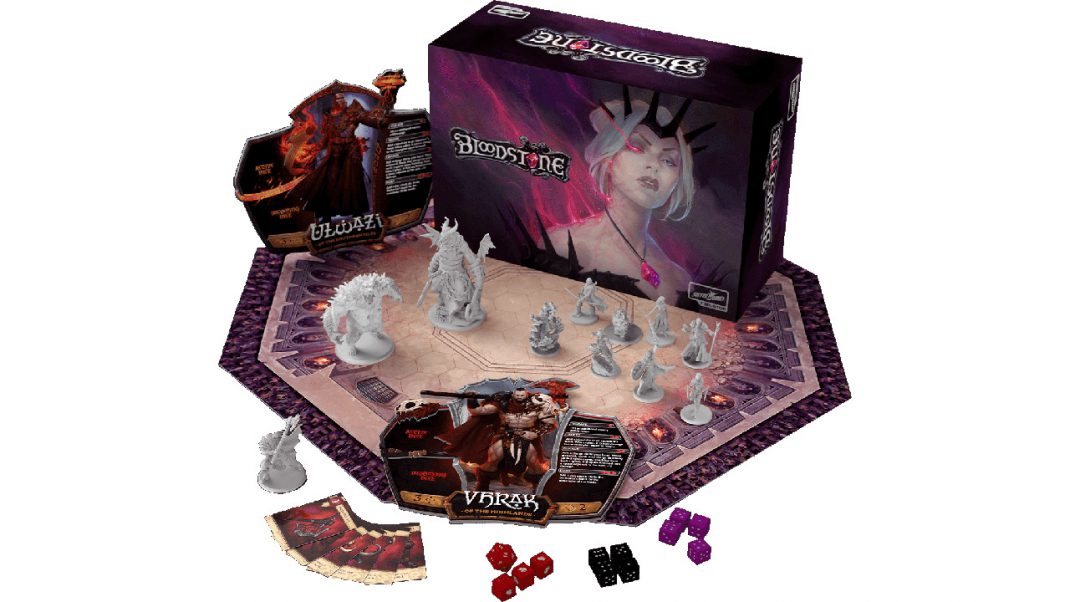 Created by Skybound Entertainment’s Senior Director of Tabletop Games, James Hudson, and available exclusively on Kickstarter, Bloodstone boasts eight playable characters with their own unique backstories and playstyles who are trapped in eternal combat and forced to fight to the death – then get up and do it again – all to the whims of a cruel tyrant who has been corrupted by the Bloodstone, an evil and powerful relic that enchants any who possess it. Utilizing a custom dice mechanism to determine your character’s attacks and movements (ranging from dealing straightforward damage towards enemies in the arena to banking dice for a later turn that can aid allies or beleaguer foes) Bloodstone allows for PvP bloodsport or coordinated PvE attacks against a common foe.

wwwwwwwwBacking this 24-day Kickstarter-exclusive campaign is the only chance to experience the world of Bloodstone as games will be made to order with a very limited number available to purchase from Skybound following the campaign.

To accompany Bloodstone, Skybound is releasing a book tie-in that explores the lore behind the game, fully explaining how the dangerously powerful Bloodstone works and diving into the backstories of each combatant as well as how they become trapped in the deadly pit. In Bloodstone: Awakening, veteran game and fantasy author Ari Marmell (A Mick Oberon Job urban fantasy detective series, Widdershins Adventures YA series, The Goblin Corps) brings to life the characters from this soon-to-be-beloved tabletop game with vivid realism and intense combat for fans of sword-and-sorcery fantasy and tabletop gaming alike. The tie-in novel, published by Simon & Schuster, is set to release in Spring 2022, with the first five chapters available to Bloodstone Kickstarter backers.