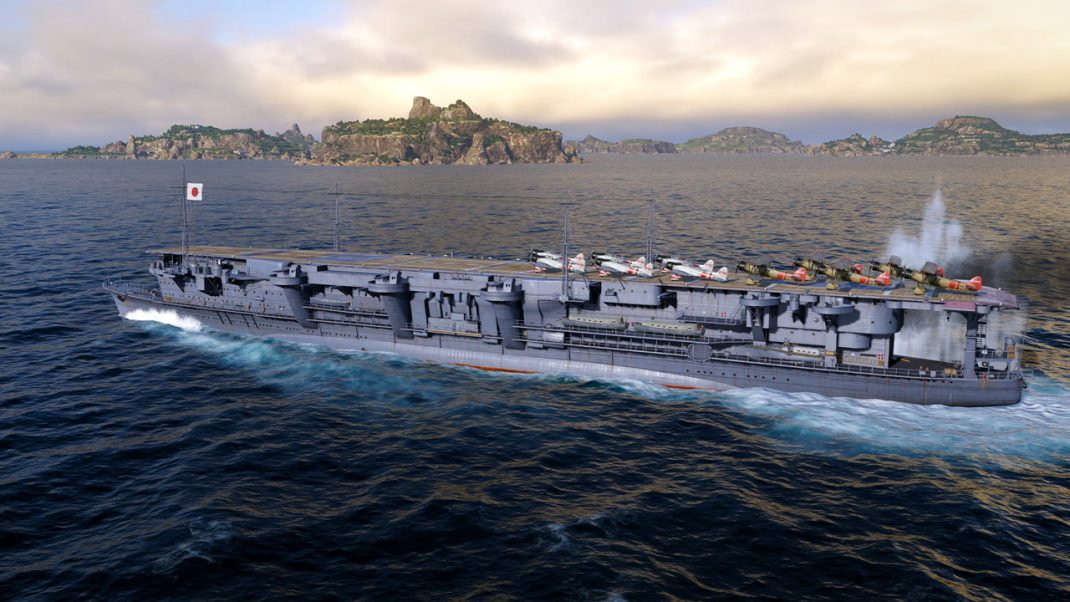 The first update to World of Warships: Legends in 2021 brings many exciting additions, most notably the first appearance of a new ship type—Aircraft Carriers! Besides that, there’s a new campaign for a German battlecruiser, British heavy cruisers, and a pair of special events for a new game mode and the Lunar New Year!

Aircraft Carriers are here at last. For the first two weeks of the update, players can battle with and against the early carriers Langley, Ranger, Hōshō, and Ryūjō in a separate Air Strike gamemode. To start playing in the new class, players will have to play a few battles of the Air Strike game mode first. Being a fundamentally different type of warship, aircraft carriers are defined by avoiding direct combat and using their aircraft to sink their enemies. These early carriers were experimental in many ways and their first arrival is also, as we will be gathering feedback from this event for future carrier releases! It’s an exciting addition to World of Warships: Legends, be sure to hop into a few Air Strike battles and try out the new ship type.

The new Dragonslayer campaign features the German battlecruiser Siegfried, a battle-hardened cruiser built with six powerful 15-inch guns and a set of torpedo launchers on each side. Designed as a heavy surface raider for the German navy, Siegfried is well protected too. Like the legendary hero she is named for, this ship is a mighty opponent on the field of battle. As the final reward of the campaign, players will need to pass through a hundred milestones over the next five weeks, completing a set of missions each week in order to command this “Dragonslayer” of yore. After completing the campaign, players can also continue completing missions to earn Steel.

There are some newcomers to the British tech tree in this update as well, a series of heavy cruisers. Starting at Tier IV, these ships carry powerful, low-velocity guns and are relatively well protected. Plus, they are well equipped with torpedoes, Sonar, and a Repair consumable. It’ll take clever positioning to get the most from these ships, but they are sure to shake things up! Players can take command of these ships in early access by opening British Cruiser Containers, plus get the new Union Jack camouflage for their ships.

A new Arena game mode is here as well, pitting players against each other in four teams of three ships. Starting after the Air Strike event on February 15th, players can prove their skills in this mode by climbing up a community-wide ladder during this seasonal event. The ultimate prize of the Arena mode is a stockpile of steel, a new resource to use to get equipment and unique vessels. Arena mode is a good way for the best players to get a boost towards unlocking the new steel-exclusive Tier VII premium battleship Missouri.

Of course, it would be remiss to forget Lunar New Year! Starting February 12th, there are a pair of collectable premium cruisers available, special event containers, unique camouflages. Plus, there’s a new port for the event throughout the update!