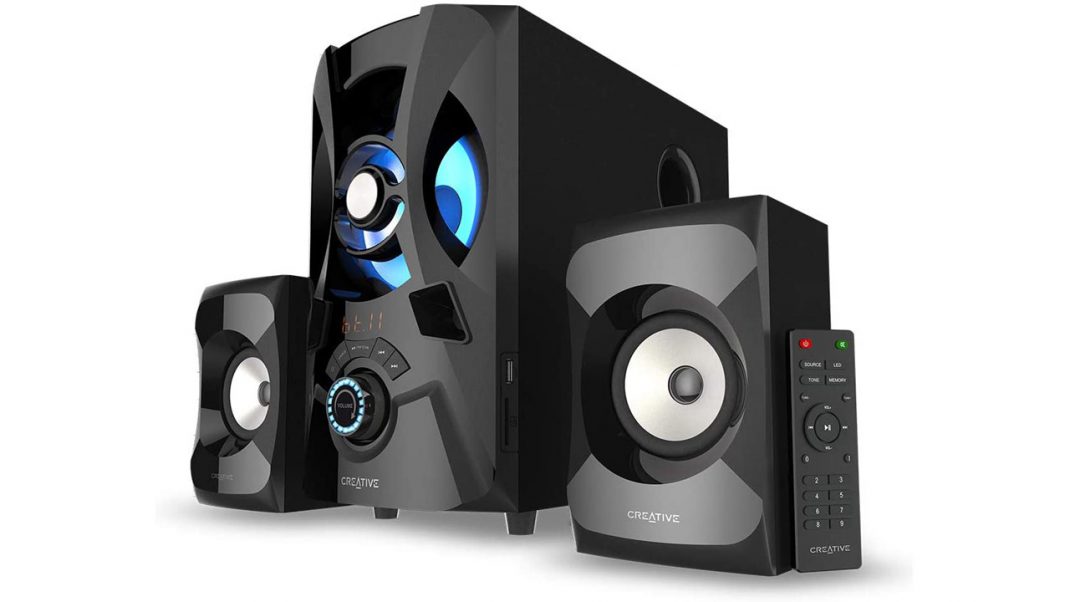 When shopping around for a basic home theater or gaming speaker system, there is a veritable sea of choices to wade through. Creative Labs SBS E2900 2.1 channel Bluetooth speaker system is one such option. Recently, we were fortunate enough to check one of these home speaker systems out for a time. So, without further ado, here is our review!

The Creative Labs SBS E2900 is separated into three main units: The left and right satellite speaker units and the single subwoofer. All of these pieces feature a classy black and silver color scheme that is well-suited for multiple environments ranging from the dorm room to the living room. On pure aesthetics, the SBS E2900 will fit right into your home entertainment ecosystem. There is even an LED-backlit cone area on the subwoofer that glows eye-catching reds, purples, and blues that can pulse in time with the music. They are all well-built with hard plastic and metal components where needed, and each speaker feels very sturdy. With speaker technology becoming so prevalent these days, many manufacturers are skimping on the build quality – I am happy to say that Creative Labs is not one of them. 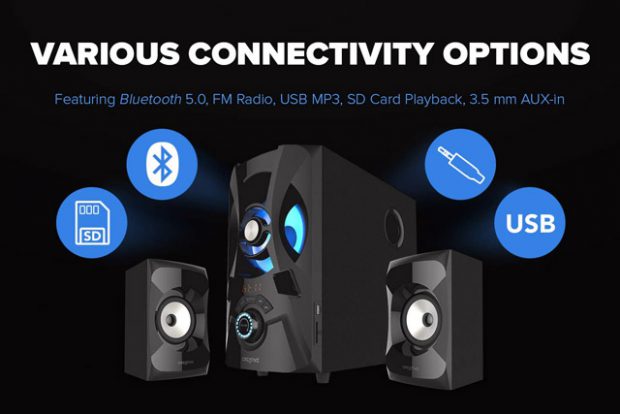 The simplicity of the speaker system’s layout makes installation exceedingly-simple. You basically just plug the satellite speakers into the subwoofer and the power cord from the subwoofer into the wall.

The main controls of the Creative Labs SBS E2900 are located on the front of the large subwoofer unit. Beneath the striking, LED-backlit cone of the subwoofer, you’ll find a red digital readout and a control knob. The control knob features a ring of blue LED lights that indicate the level of whatever you’re trying to adjust (volume, bass, etc). There are also several buttons arrayed above the knob which control power, play/pause, source, and next/previous. The overall control scheme is very easy to navigate and even the most technology-averse person will be able to get things up and running quickly.

One big aspect of the Creative Labs SBS E2900 is the variety of ways in which it will allow you to connect your audio sources. First thing to note, however, is that all of the physical interfaces are located on the subwoofer. This may affect your decision on where to place the subwoofer, so just keep that in mind. On the right side of the subwoofer, you’ll find the USB and SD card ports. The USB port allows you to plug a USB drive filled with music into the system for your listening enjoyment. The SD card port works the same way, but with the SD media. Moving to the backside of the subwoofer, you’ll find both the power plug input as well as the FM antenna input port. You’ll also find the 3.5mm AUX input jack, which will allow you to connect to anything using the 3.5mm audio cable. This covers a lot of ground and, as the speaker system is a 2.1 channel model, works terrifically. 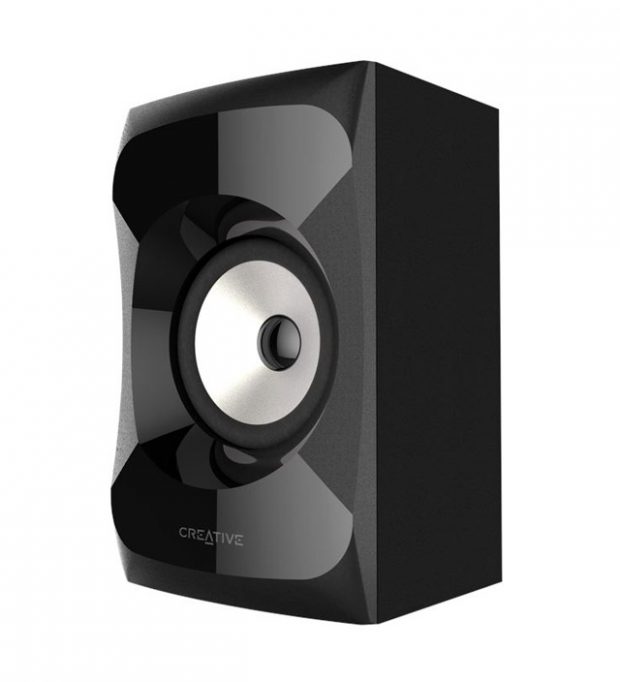 Of course, there is the Bluetooth connection option, which allows you to wirelessly stream music from your smartphone, tablet, etc. I found this option exceptionally-useful, and was even able to stream to it while also connected to a digital projector. Having strong audio coming out of a 2.1 system beats the wimpy built-in projector speaker any day. The system utilizes the Bluetooth 5.0 standard and I encountered no lag in my music playing.

Speaking of the Creative Labs SBS E2900 audio quality, I have nothing bad to say about it. The system features some strong audio output and, while it can get a little distorted at high volume levels, it is a serious competitor when being used at typical home theater and TV-watching levels. I found the sound to be a little too full of bass by default but very clear once tuned with the best treble and bass settings for my ears. Even when plugged into my computer during gaming sessions, I found the sound to be full and enjoyable.

One nifty little addition to the Creative Labs SBS E2900 is its built-in FM radio tuner. Reception can vary but the included FM antenna should allow you to find the best quality sound from the various radio stations broadcasting in your area. You will see the tuned radio station displayed in the red LED display on the front of the subwoofer. 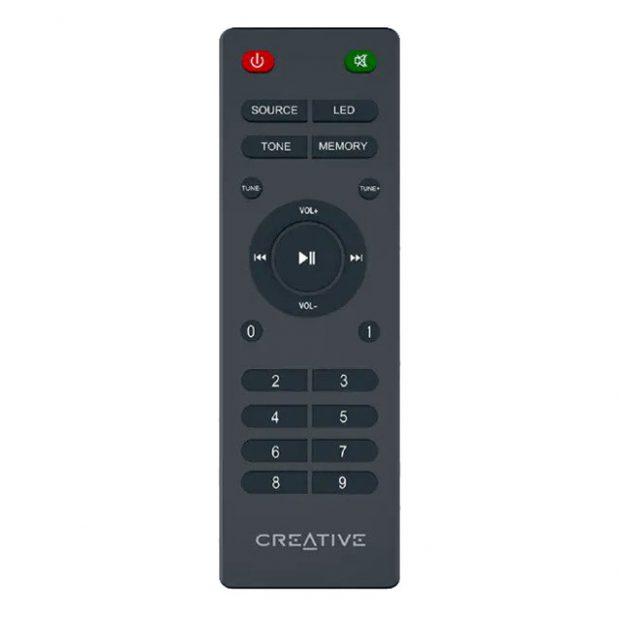 Of course, any modern home stereo system worth its salt has a remote control and the Creative Labs SBS E2900 is no exception. From the small and easy to navigate remote control you can adjust your volume, treble and bass, music playback, and a lot more. It’s a super handy little item which adds a lot of value to the system.

It should be noted that this unit does not contain any kind of virtual surround sound decoding built-into it. If you’re looking for that option, you may consider other products. 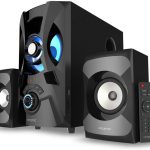