The Medium – What Does A Medium Do Trailer

Bloober Team today debuted the second installment in its premonition video series, which shines a light on how upcoming psychological horror title The Medium plays.

The latest quickfire video entitled What Does A Medium Do? explains what it means to be a medium like Marianne – the game’s protagonist – and showcases some of the unique psychic abilities she is able to use to navigate the spirit world and unravel its mysteries: 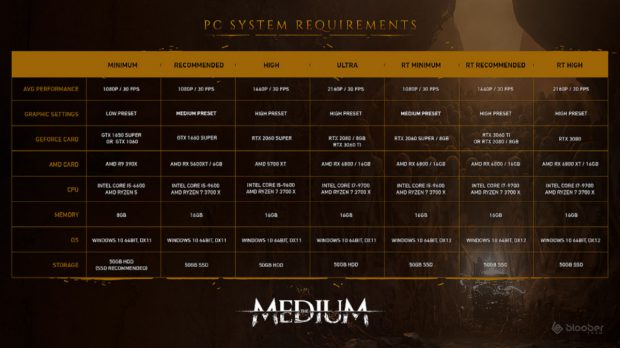 Developed and published by Bloober Team, and rated “M for Mature” by the ESRB and PEGI 18, The Medium will launch on Xbox Series X|S and PC via Steam, Epic Games Store, and the Microsoft Store on Jan. 28. Akira Yamaoka, known for his work on the Silent Hill series, and Bloober Team’s Arkadiusz Reikowski are working together on the game’s original ‘dual’ score, creating truly unique atmospheres across both worlds.