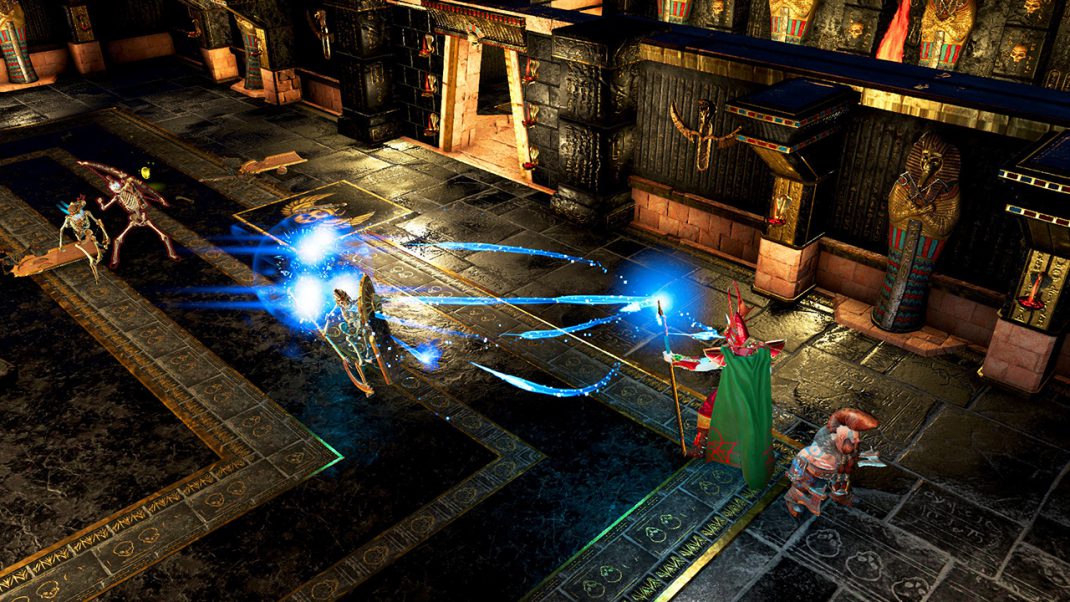 NACON and Eko Software are pleased to announce that Warhammer: Chaosbane will be available on next-generation consoles with the Slayer Edition. The first hack-and-slash available on Xbox Series X|S and PlayStation®5, this edition includes the most complete version of the game with all DLC packs (12 in total), all the updates, among them Keela, the Tower of Chaos and a 4K 60FPS visual experience. A new character, Jurgen Haider the Witch Hunter and additional content will also be available on November 10 for the Xbox Series X|S and PC, then from the 12 and 19 November on PlayStation®5 according to the date of availability of the console in each country.

Wearing the distinctive hat and long coat of his order, the Witch Hunter’s skilled use of two weapons makes him particularly formidable: in close combat with his sword and from a distance with his pistol. He wanders the roads of the Old World to purge it of Chaos. This inquisitor draws his power directly from his faith in Sigmar, and he becomes judge and executioner when he cleanses the heresy and Chaos he exposes.

As well as the introduction of this new character, there is also a free patch that adds improvements for new players and fans of the first hour of the game. The two hubs of Act 1 and Act 2 have been expanded. The area around the camp of Act 2 has also been enhanced with new enemies to fight. There is also a new area – the cemetery – which adds a new environment and a larger bestiary. This includes new enemies, including Daemon Princes, Skullcrushers (mounted and on foot), a Chaos Warrior and new cultists.

The new Witch Hunter character is part of the Slayer Edition on the new consoles and available as DLC for current-generation consoles. The patch with improved environments, new area and bestiary is free for everyone on all platforms.

The first hack-and-slash set in the Warhammer Fantasy Battles world, Warhammer: Chaosbane thrusts players into the heart of the Old World, a continent scarred by the Great War Against Chaos – a bloody conflict that has ravaged the Empire of Man. You can play as a Human, High Elf, Wood Elf, Dwarf, Dwarf Engineer or Witch Hunter as you explore the iconic areas of the Warhammer Fantasy Battles world, which has captivated millions of fans worldwide.

Warhammer Chaosbane is available on PC Steam, Xbox One and PlayStation®4.

The new character and additional content patch will be available on November 10 on these platforms.

The new character and additional content patch will be part of the Slayer Edition of Warhammer Chaosbane from November 10, 2020 on Xbox Series X|S, Xbox One, PlayStation®4, PC Steam, and on PlayStation®5 from the 12 or 19 November, according to the date of availability of the console in each country.