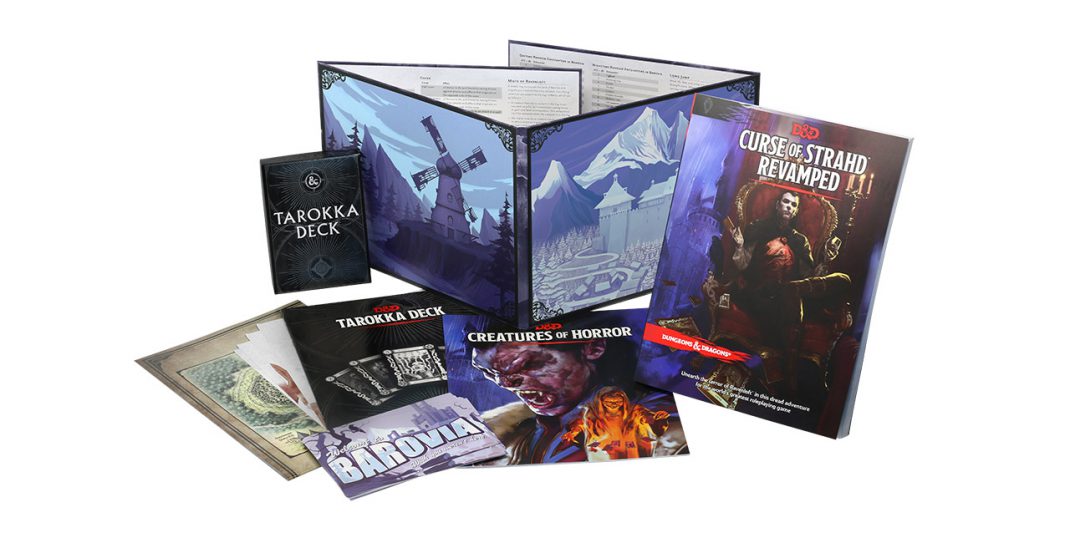 Wizards of the Coast has released the new Curse of Strahd Revamped edition, just in time for the spooky season!

Under raging storm clouds, the vampire Count Strahd von Zarovich stands silhouetted against the ancient walls of Castle Ravenloft. Rumbling thunder pounds the castle spires. The wind’s howling increases as he turns his gaze down toward the village of Barovia.

Far below, yet not beyond his keen eyesight, a party of adventurers has just entered his domain. Strahd’s face forms the barest hint of a smile as his dark plan unfolds. He knew they were coming, and he knows why they came—all according to his plan.

A lightning flash rips through the darkness, but Strahd is gone. Only the howling of the wind fills the midnight air. The master of Castle Ravenloft is having guests for dinner. And you are invited.