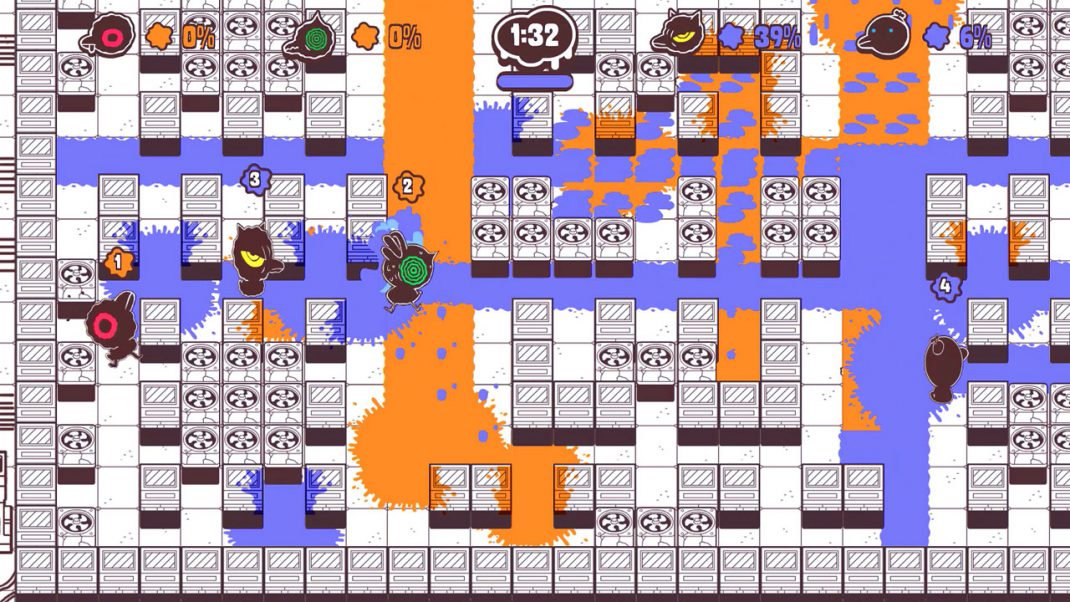 Developer Purple Tree Studio and publisher Zordix today announced that their upcoming duck-on-duck destruction game Ponpu will release for the PS4, PC, Nintendo Switch, and Xbox One on November 5th.

The all-seeing Duck God has had enough and the world has run out of time. Every 2 billion years the world must be refreshed through divine destruction and he has sent you, a Ponpu, as his herald. But, a nasty bump on the head during a crash landing took your memory and now you find yourself working against the Duck God in a carnage-fueled battle against other Ponpu to save the very world you were sent to destroy.

Across an expansive single-player campaign, your Ponpu will battle its way through 10 challenging worlds, while fighting off rival Ponpu and enormous, deadly and grotesque bosses. If the spirit of competition is what drives you, up to four players can battle to be the best via both local and online multiplayer across three frenetic modes, including Coin Chase (get those coins before the competition!), Color Fight (your attack spread paint through the level, cover the most real estate with your color to win!), and good old-fashioned team deathmatch (kill, kill, kill!). Bomb, kill, and dominate with your stats tracked via a global ranking system