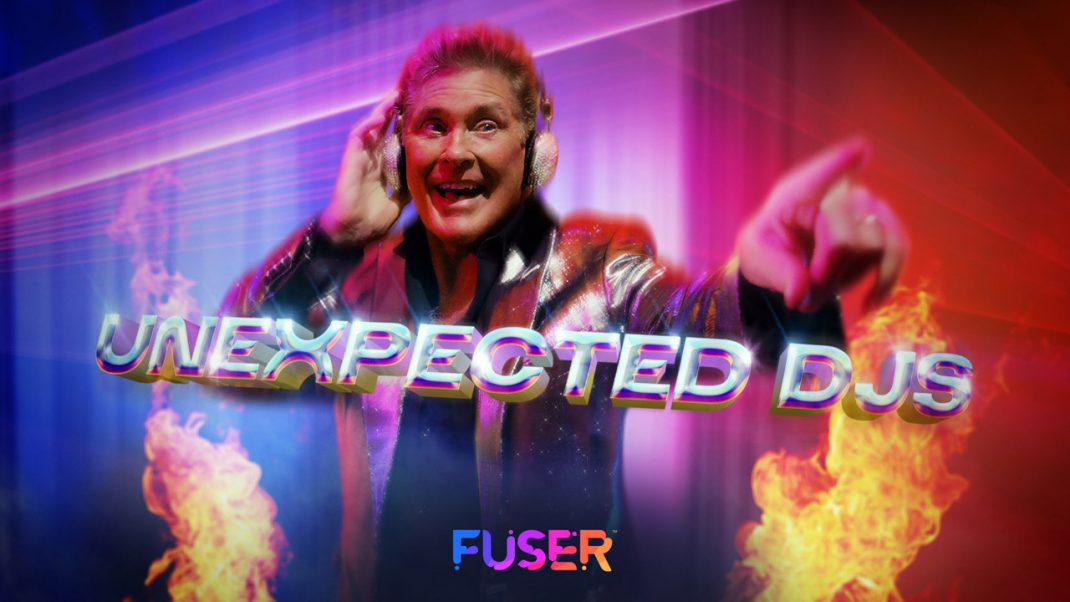 This week, NCSOFT will launch a fully integrated ad campaign for FUSER™, a DJ video game from award-winning developer Harmonix, that’s a never-ending virtual music festival for music lovers, content creators and gamers. The upcoming game lets players create their perfect DJ personas, customize their performance stages, and then mix over 100 songs different artists, genres and generations. Thanks to FUSER, you no longer need fancy turntables or years of training to be a DJ—now anyone can headline their own virtual music festival.

And NCSOFT and Harmonix mean anyone: The campaign, titled “Unexpected DJs,” features David Hasselhoff (DJ Hoff), Jonathan Van Ness (DJ YasKween), Chloe Kim (DJ 1080) and other unexpected celebs. The effort includes online films, a site that lets users create their own DJ persona, unexpected brand partnerships, and even the chance to have a DJ battle against Diplo online. Each element will reinforce how easy it now is to feel like a DJ while igniting the creativity of FUSER’s core audience.

“FUSER redefines the music game genre. It’s driven by creativity, originality and expression. It empowers players to be at the center of creating culture by developing and then sharing mixes using various pieces of some of the world’s most iconic songs,” said Tim Granich, vice president of marketing at NCSOFT.

Today, FUSER will release a long-form online film that unveils the unexpected-DJ lineup one by one and invites viewers to become DJs too. Shot entirely during the COVID-19 pandemic, the film takes place in each unexpected DJ’s home, illustrating how FUSER can transform any living room into an epic festival stage—even Diplo makes a cameo from his home studio. The 90-second spectacle was directed by music-video super duo BRTHR and features an impressive array of VFX as well as tracks from the game.

“My favorite part about FUSER is how it really gave me the feeling of DJ’ing a festival,” said David Hasselhoff. “Anyone at home can step into a world of epic music, colors, lights and be a legitimate DJ. It’s a wonderful thing and a lot of fun.”

But the DJ announcements won’t stop with the film. To help fans and brands join in on the fun too, a UGC tool built for social sharing called “DJ DNA” will live on DJDNATEST.com, allowing gamers to generate their own Unexpected-DJ personas and then share them with the world. Additionally, users of the tool will then have the opportunity to enter for a chance to battle with superstar DJ Diplo online. NCSOFT will be releasing more details on that event later.

The campaign is the first work from NCSOFT’s new ad agency, Goodby Silverstein & Partners. “This game is about bringing together the most unexpected collaborations. Our ad needed to do the same,” said Laura Petruccelli, GS&P creative director. “But we didn’t want this to be about influencers only. The DJ DNA Test allows anyone to turn into a DJ– allowing gamers to create a piece of music culture before they ever start playing FUSER. It’s an epic game demo wrapped in a commercial.”

No word yet on if Hoff’s DJ career will continue after the campaign. We really, really hope it does.