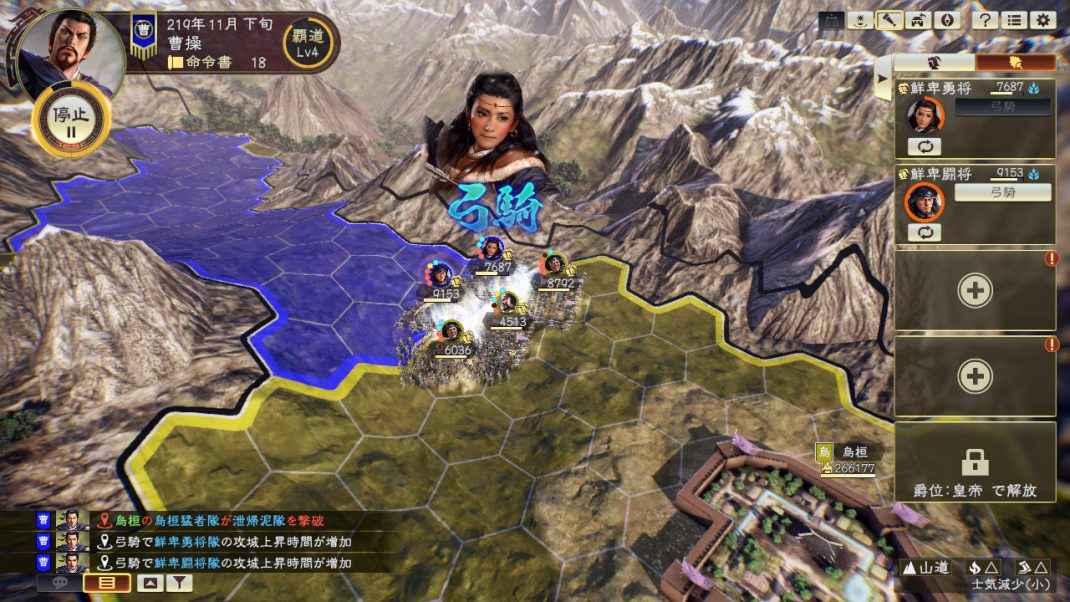 KOEI TECMO America and famed developer Kou Shibusawa today revealed fresh information for Romance of the Three Kingdoms XIV: Diplomacy and Strategy Expansion Pack, ahead of its Winter launch. The expansion pack is set for release digitally on the PlayStation®4 Computer Entertainment System and Windows PC via Steam®, while also making its series debut as the first ruler-based Romance of The Three Kingdoms game on Nintendo Switch™.

The Diplomacy and Strategy Expansion Pack allows players to interact with cities of foreign tribes, including the tribes of Wuhuan, Xianbei, Qiang, Nanman and Shanyue. While it has always been important to deal with conflicts in the central areas of China, now players must think twice about strategies on the borders where tense battles can now emerge.

If players decide to open trade with the foreign tribes of the region, they can send envoys to develop their relations after acquiring certain geographic advantages. For example: conquering Yo Province allows friendships to form with Wuhuan, while conquering Bing Province allows strong relations to form with Xianbei. Players will also have the choice to deploy their troops to conquer these tribes.

Once players form strong relations with, or successfully conquer the tribe, an Outlander Officer will join their forces. These extremely powerful officers utilize the “Siyi” formation to gain the upper hand in mountainous areas or forests. In fact, each tribe has a unique trait assigned to them — Qiang officers can activate “Bow Cavalry”, while Xianbei officers are equipped with “War Chariot”. Strategically recruiting Outlander Officers with desired traits will be pivotal in unifying China, while ensuring the officer’s conditions are favorable will ensure they do not leave the ally forces, as these units can easily turn on the player’s forces if their relationship changes for the worst.

Also announced today for the Diplomacy and Strategy Expansion Pack was the new “Switch Kingdoms” mode. When starting a new scenario in this new mode, the location of forces will be randomly shuffled causing events to unfold in fresh new ways.