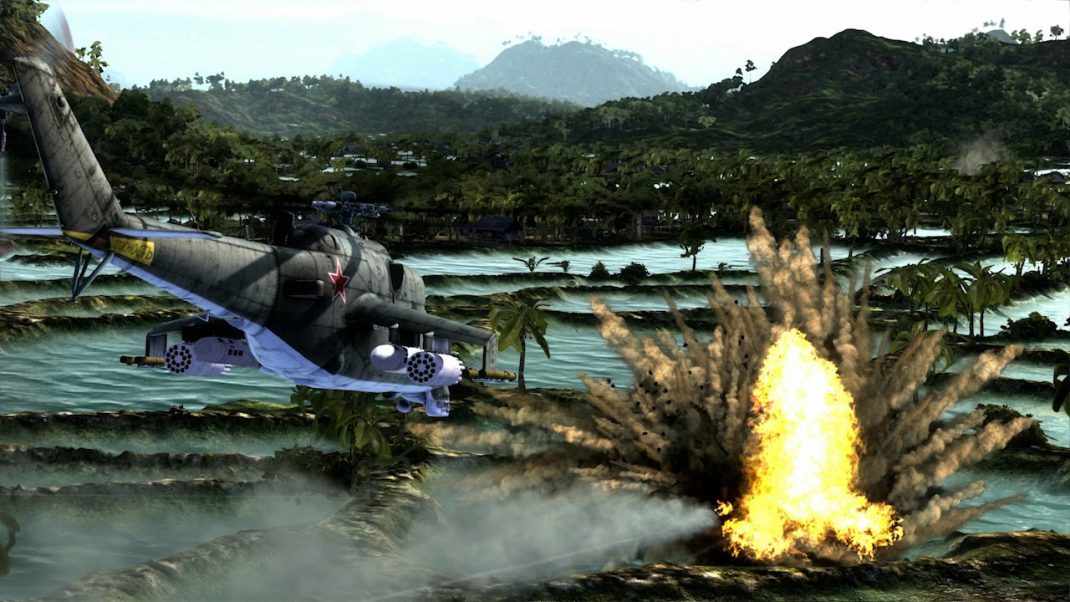 Publisher Grindstone and developers Games Farm and 3Division are thrilled to announce that following a successful retail launch on Nintendo Switch in Japan, the action combat flight simulator game Air Missions: HIND is now available for European players. North American players will be able to play the game from 24th of September, 2020.

Air Missions: HIND puts players in the hot seat of the heavily armed Mi-24 Hind assault helicopter as they take to the skies in devastating air assault missions. Before each mission, the formidable Mi-24 Hind (also known as the ‘flying tank’) can be customised with different skins and weapon sets depending on the mission parameters and goals. Two weapons can be equipped on the wings, in addition to a machine gun mounted on the front of the helicopter, and players can choose from an arsenal of deadly weaponry including UPK 23 machine guns, GUV gun pods, FAB bombs and various rockets and missiles.

Fly single player campaign missions based on fictional conflicts in Central Asia, Eastern Europe, the Arctic Ocean and Southeast Asia. Buddy up with a friend and take the fight to the enemy in the action packed online co-op mode or test your mettle in thrilling multiplayer matches including deathmatch and instant action modes.

For more information about the game please visit the official game website at www.airmissions.net and Grindstone at http://www.grindstone.sk