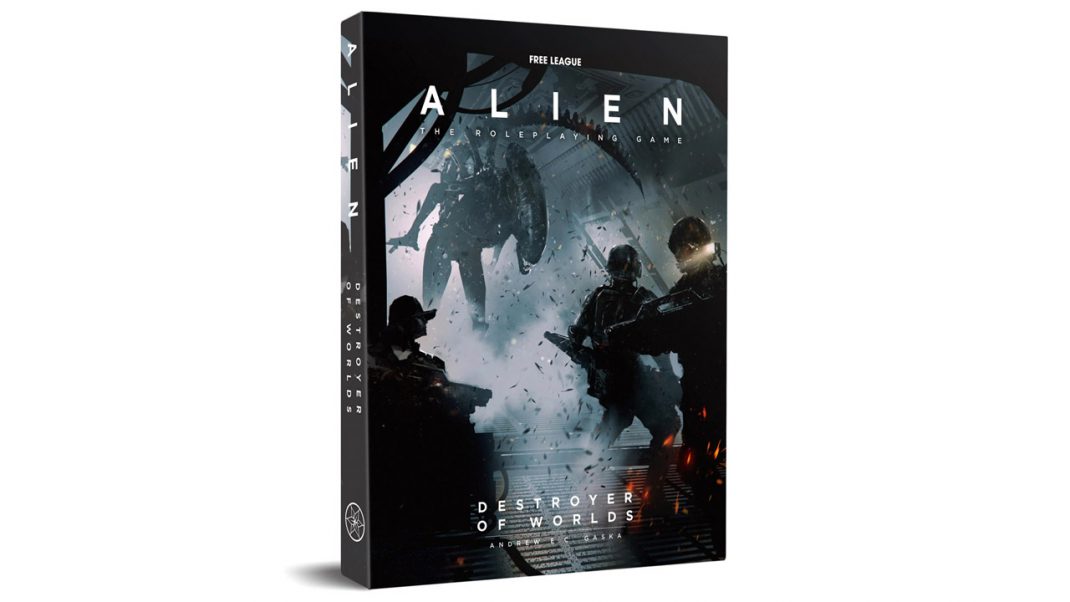 Having just won a Gold ENNIE Award for Best Game and a People’s Choice Award for Best RPG at the UK Games Expo, the official ALIEN RPG today got its first two expansions to the line. Both modules are as of now available in the Free League webshop, in digital format at DrivethruRPG, and soon in hobby stores everywhere.

Destroyer of Worlds, written by critically acclaimed sci-fi author Andrew E.C. Gaska, lets players take the role of an iconic type of character from the ALIEN universe: the Colonial Marine. A team of Colonial Marines get dropped onto the moon Ariaricus to handle a growing insurgency, but soon find themselves fighting for their lives against enemies beyond their worst nightmares. Priced at $29.99, the ALIEN Destroyer of Worlds Cinematic scenario comes in a boxed set, including maps, handouts, and cards for a fully immersive tabletop experience.

The ALIEN RPG Starter Set is designed to be the perfect entry point into the game and the ALIEN universe. Affordably priced at $49.99, it contains everything needed to start playing, including an abridged 104-page softcover quickstart of the core rules, 20 custom dice, reference cards, character handouts, a huge starmap, and the complete Cinematic scenario Chariot of the Gods, also penned by Gaska.

For more information, please visit alien-rpg.com. Both items are available on the website.