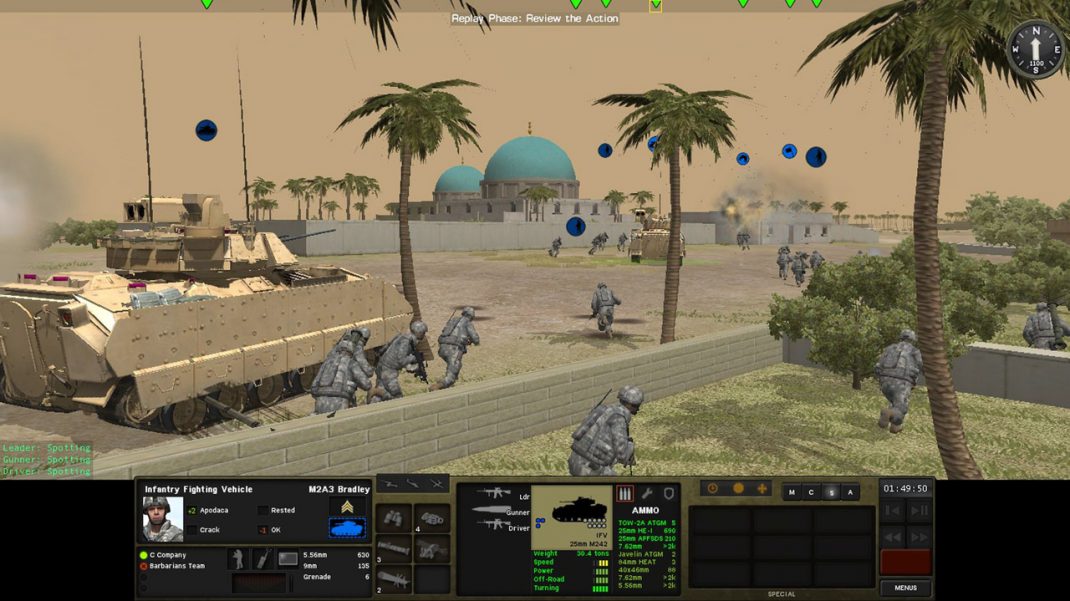 For the first time, Combat Mission Shock Force 2 and all its DLCS are available on Steam, Matrix Games and other digital stores.

Combat Mission Shock Force 2 is set in a hypothetical modern-day (2008) Syrian conflict. The game’s 3D graphics engine takes advantage of Battlefront’s vast experience in 3D wargames, giving an unprecedented level of realism and detail – so much that the game is used in several professional military environments for training and analysis purposes. Players can assign orders to their units, either in real time or with the innovative turn-based WeGo system, as Shock Force 2 focuses on tactical platoon-level action.

The game features a single-player campaign, several pre-made scenarios and multiplayer (Hotseat or PBEM). The DLCs add the US Marines, the British Forces and the NATO armies (German, Dutch and Canadian).

All players who have the original Battlefront version will receive a Steam key for the base game and all DLCs they bought. All details can be found here.

To celebrate the launch on Steam and Matrix Games, Combat Mission Shock Force 2 base game will be 30% off for a limited time. A bundle that includes all DLCs is also available.