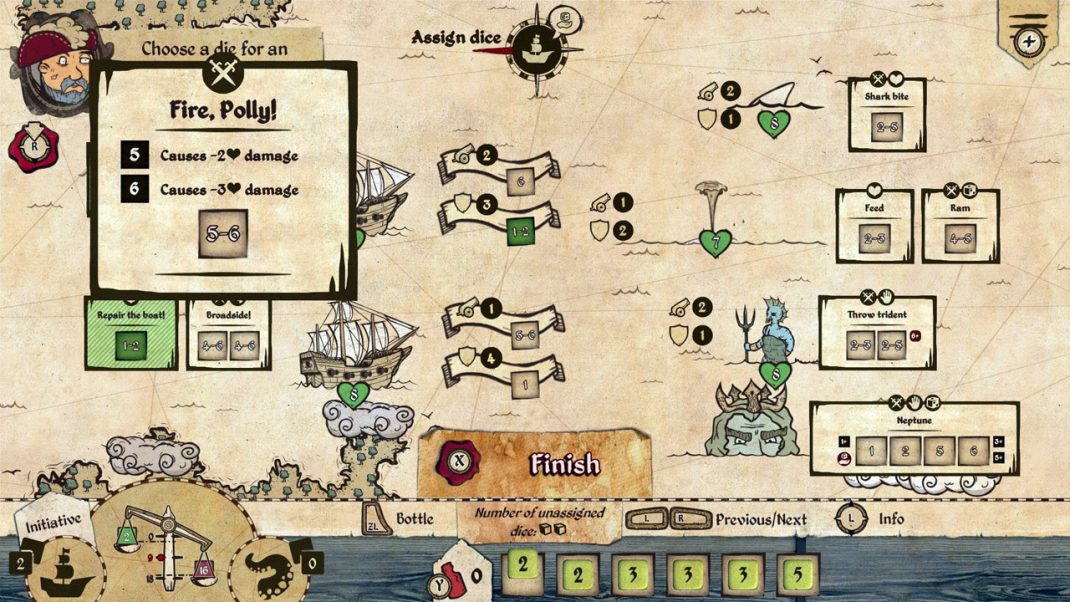 Not all heroes who later became legends were dauntless, gentlemanly, and wise. In fact, some were lily-livered, mannerless, or plain stupid, and, frankly speaking, became “heroes” for all the wrong reasons. But you’ve gotta admit, playing as yet another heroic Chosen One on a journey to save the world for about the thousandth time is incredibly boring. So instead, Here Be Dragons will allow you to become a bit of a crazy captain accompanied by a dead parrot (no judging!), somehow constantly getting into trouble.

ABOUT HERE BE DRAGONS

In 1492, Christopher Columbus led Europe to a New World. That’s a fact.

Think about it. Ten weeks of travel, 100 people, three ships. Waters full of frightening creatures like the Kraken, Triton, Leviathan, and ghost ships. Do you really think three ships stuffed full of humans had any chance against those gargantuan sea creatures? Of course not! They were just three juicy dumplings, filled with delicious stuffing, exposed to the bloodthirsty beasts of the ocean. But these lousy officials feed you stories of Christopher Columbus’ alleged greatness. Why? For those who don’t know – it’s always about money and reputation.

The upper classes, worried about their place in the hierarchy, were dissatisfied with the stories about the “Avant Armada” that spread around the world, stories of brave lunatics who defeated beasts lurking beneath the cold waves of the Atlantic Ocean. All documentation of the facts was destroyed, and any word of these events turned into unverified hearsay, to be easily replaced by a pompous legend about the success of Christopher Columbus.

Who would benefit from such a story? One about a bunch of freaks who cleared hostile waters, just so Chris could sail them as easily as a canoe across a pond? It’s not the kind of legend an old sailor would tell the locals. It wouldn’t get all the landlubbers talking, nor would it inspire the people.