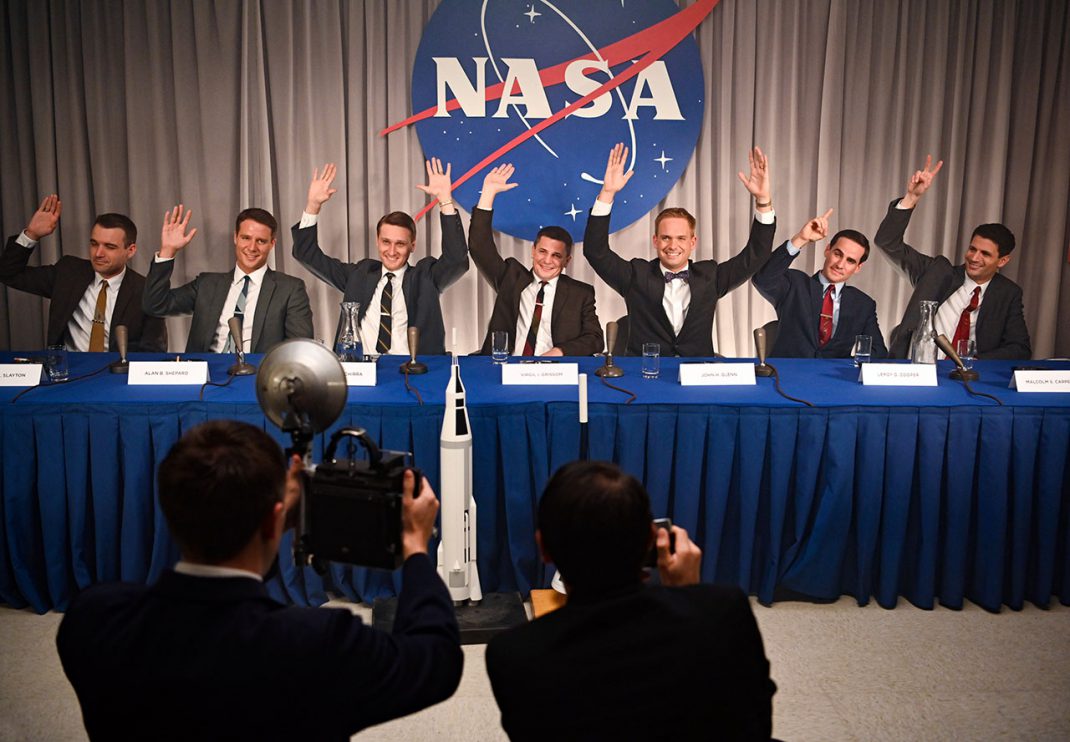 The incredible story of America’s first astronauts begins right here on Earth in the Disney+ original series “The Right Stuff,” with a two-episode premiere on Friday, October 9. Based on the bestselling book by Tom Wolfe, the eight-episode season is an inspirational look at the early days of the U.S. Space Program and the iconic story of America’s first astronauts, the Mercury 7. Produced for National Geographic by Leonardo DiCaprio’s Appian Way and Warner Bros. Television, “The Right Stuff”takes a clear-eyed look at America’s first “reality show,” when ambitious astronauts and their families became instant celebrities in a competition of money, fame and immortality.

At the height of the Cold War in 1959, America fears it is a nation in decline as the Soviet Union dominates the space race. But, the U.S. government has a solution – put a man in space. Newly-formed NASA is given the monumental task, and a group of the nation’s best engineers estimate they’ll need decades to accomplish the feat…but they only have two years.

NASA engineers, including rocket scientist Bob Gilruth (Patrick Fischler) and the passionate Chris Kraft (Eric Ladin), work against the clock under mounting pressure from Washington. Together, they hand select seven astronauts from a pool of military test pilots. These are ordinary men, plucked from obscurity, and within days of being presented to the world, they are forged into heroes before they achieve a single heroic act.

The two men at the center of it all are Major John Glenn (Patrick J. Adams), a revered Marine test pilot and committed family man, and Lieutenant Commander Alan Shepard (Jake McDorman), one of the best test pilots in Navy history. Other members of the Mercury 7 include Captain Gordo Cooper (Colin O’Donoghue), the youngest of the seven selected to everyone’s surprise; Wally Schirra (Aaron Staton), a competitive pilot with a gift for pulling pranks; Scott Carpenter (James Lafferty), dubbed “The Poet” by the other astronauts; Deke Slayton, (Micah Stock), a taciturn but incredibly intelligent pilot and engineer; and Gus Grissom, (Michael Trotter), a decorated military veteran who eventually becomes the second man in space.

The series also examines the astronauts’ families, including Annie Glenn (Nora Zehetner), who contends with a speech impairment inthe public eye; Louise Shepard (Shannon Lucio), a wife and mother who refuses to let Alan’s transgressions affect her home; and Trudy Cooper (Eloise Mumford), an accomplished pilot who puts her own ambitions aside to present the image of a happy family.

Set during a time when many wondered whether America’s glory days were behind it, “The Right Stuff” is an aspirational story about ambition and exploration and how ordinary human beings can achieve the extraordinary.