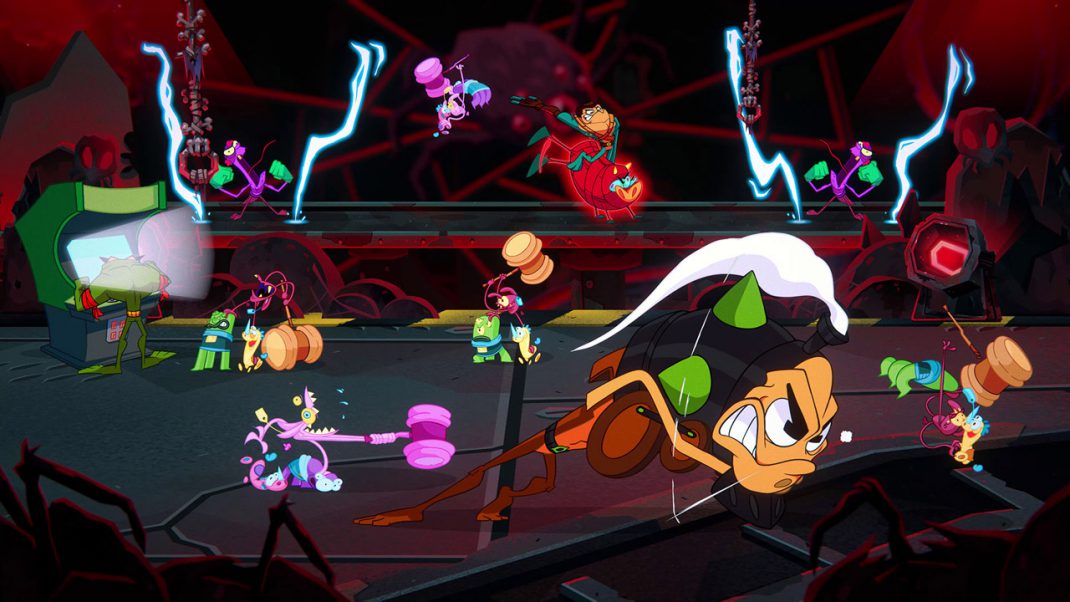 This morning on Xbox Wire, Rare announced “Battletoads” will be releasing August 20 with Xbox Game Pass and on Xbox One, Windows 10 PC and Steam. Developed by Dlala Studios in partnership with Rare, “Battletoads” marks the titular trio’s first featured appearance in 26 years.

“Battletoads” sees up to three players take control of Zitz, Rash and Pimple for a fast-paced action brawler where the toads can morph parts of their bodies for extra destruction. The game also has an irreverent sence of humor inspired by the stylish, self-aware cartoons of the late 90s – complete with a hand-drawn art style and a wild story featuring fully animated cutscenes and professional voice talent. For more information please reference Xbox Wire.

Rare will have more to share on “Battletoads” in the weeks leading up to launch. Until then, stay tuned to Xbox Wire, check out Xbox.com.