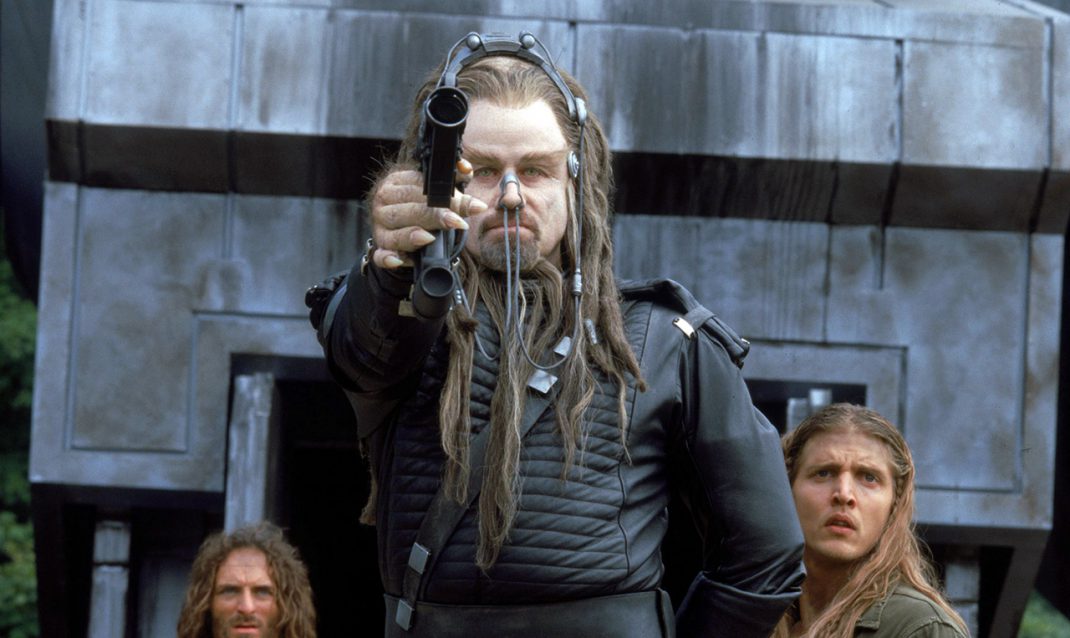 Mill Creek Entertainment is excited to announce the inclusion of newly produced bonus features for the upcoming Blu-ray release of BATTLEFIELD EARTH. Celebrating the 20-year anniversary of its theatrical launch, this high-definition debut includes over 70 minutes of interviews with the crew associated with the film. Fans can get behind-the-scenes insights, never-before-seen photographs and fascinating stories about the development of the script, visual effects, musical score and more!  This special edition Blu-ray will release will be available on September 15 for $19.99 MSRP.

Based on L. Ron Hubbard’s bestselling science fiction book, the story takes place in the year 3000 where Earth is ruled by a vicious alien race known as the Psychlos that have stripped the planet of its resources and eradicated most the human population. One of the few surviving humans, Jonnie Goodboy Tyler (Barry Pepper) is in pursuit of a better place to live, but is soon captured by a Psychlo slavemaster to join fellow “man-animals” in mining efforts. Jonnie eventually gains the attention of the evil Psychlo security officer Terl (John Travolta) and his assistant Ker (Forest Whitaker) who have discovered a vein of gold which they are unable to recover without the assistance of humans.  While Terl attempts to makes Jonnie his personal slave, Jonnie uses his position to rally the other humans and unite in a plot to destroy the aliens and restore the human race to its former glory.

Featuring over 70 minutes of new bonus interviews and featurettes including:

WATCH A PREVIEW OF THIS FEATURETTE HERE:

Daniel Griffith of Ballyhoo Motion Pictures serves as producer of these new Blu-ray bonus features. He has produced, directed, and edited over 100 documentary shorts and features, specializing in creative content for home media releases.