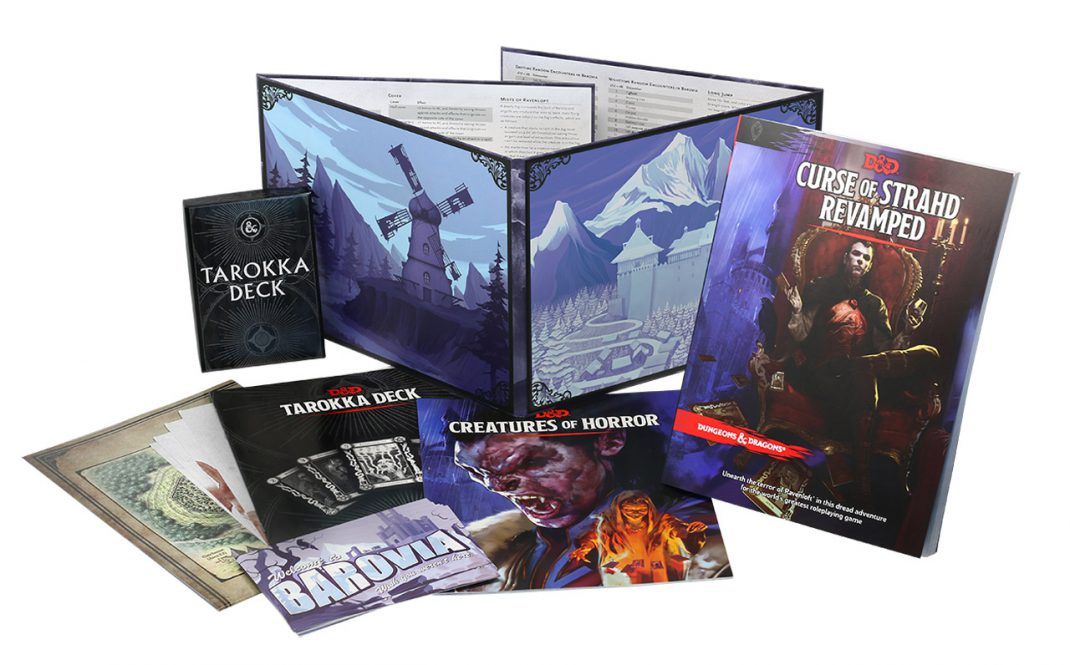 Unearth the terror of Ravenloft one more time! Wizards of the Coast presents a collector’s edition boxed set for the world’s greatest roleplaying game: Curse of Strahd Revamped. Packaged in a coffin-shaped box, Curse of Strahd Revamped provides everything a Dungeon Master needs to stage chilling and thrilling scenes starring the vampire villain Count Strahd von Zarovich. This deluxe box is packed with irresistible treats, including updated adventure content, a beautifully illustrated and foil-stamped Tarokka deck, and lots more to satisfy even the most bloodthirsty fan of Gothic horror. Curse of Strahd Revamped rises from the grave everywhere on October 20, 2020, just in time for Halloween!

The Curse of Strahd Revamped Collector’s Edition breaks down the beloved Curse of Strahd adventure into three parts: a softcover 224-page adventure book for characters of levels 1–10, a 20-page Creatures of Horror booklet describing new monsters that appear in the adventure, and an 8-page Tarokka Deck booklet. The adventure includes the latest errata and a revised depiction of the Vistani that aligns with the Dungeons & Dragons team’s mission to be as welcoming and inclusive as possible. The Tarokka deck, which helps determine the heroes’ path through the adventure, comes with its own storage box. 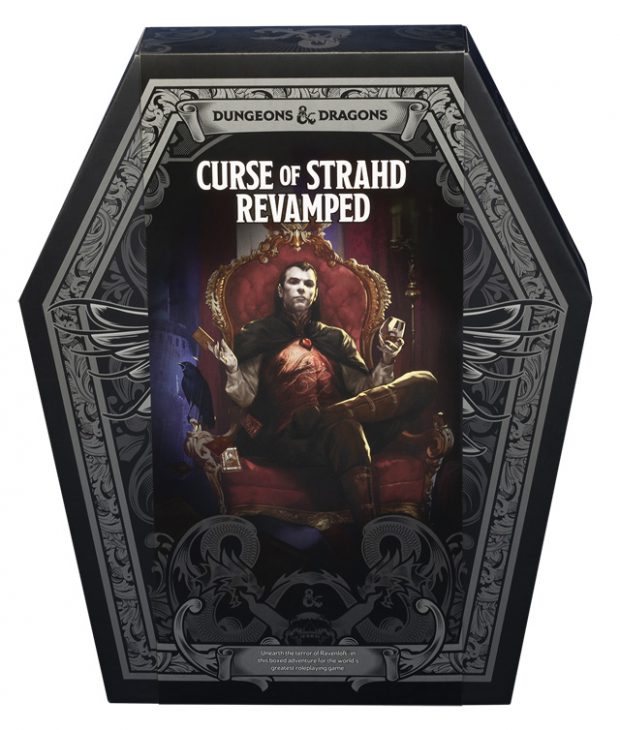 Other components of Curse of Strahd Revamped include a sturdy Dungeon Master’s screen designed for use with the adventure, a double-sided poster map showing the domain of Barovia on one side and Castle Ravenloft on the other, and a dozen illustrated postcards depicting four spooky locations in Barovia: Castle Ravenloft, Old Bonegrinder, the Abbey of Saint Markovia, and Death House. Dungeon Masters can use these postcards as invitations, beckoning their players to explore Barovia and put Strahd back in the ground where he belongs.

Despite the changes and the additional features in Curse of Strahd Revamped, the story presented is the same one that enchanted fans when the adventure was first published in 2016. Under raging storm clouds, the vampire Count Strahd von Zarovich stands silhouetted against the ancient walls of Castle Ravenloft. Rumbling thunder pounds the castle spires. The wind’s howling increases as he turns his gaze down toward the village of Barovia. Far below, yet not beyond his keen eyesight, a party of adventurers has just entered his domain. Strahd’s face forms the barest hint of a smile as his dark plan unfolds. He knew they were coming, and he knows why they came—all according to his plan. A lightning flash rips through the darkness, but Strahd is gone. Only the howling of the wind fills the midnight air. The master of Castle Ravenloft is having guests for dinner. And you are invited.

“Spending a night in Castle Ravenloft has become a Halloween tradition,” says Christopher Perkins, the principal narrative designer for Dungeons & Dragons. “Curse of Strahd Revamped is the adventure delivered in its finest form, with everything the Dungeon Master needs to terrify players in one coffin-shaped box.”

Curse of Strahd Revamped collector’s edition is for use with the fifth edition Player’s Handbook, Monster Manual, and Dungeon Master’s Guide and will be available everywhere on October 20th and will retail for $99.99.

For more information about Curse of Strahd Revamped, visit dungeonsanddragons.com.