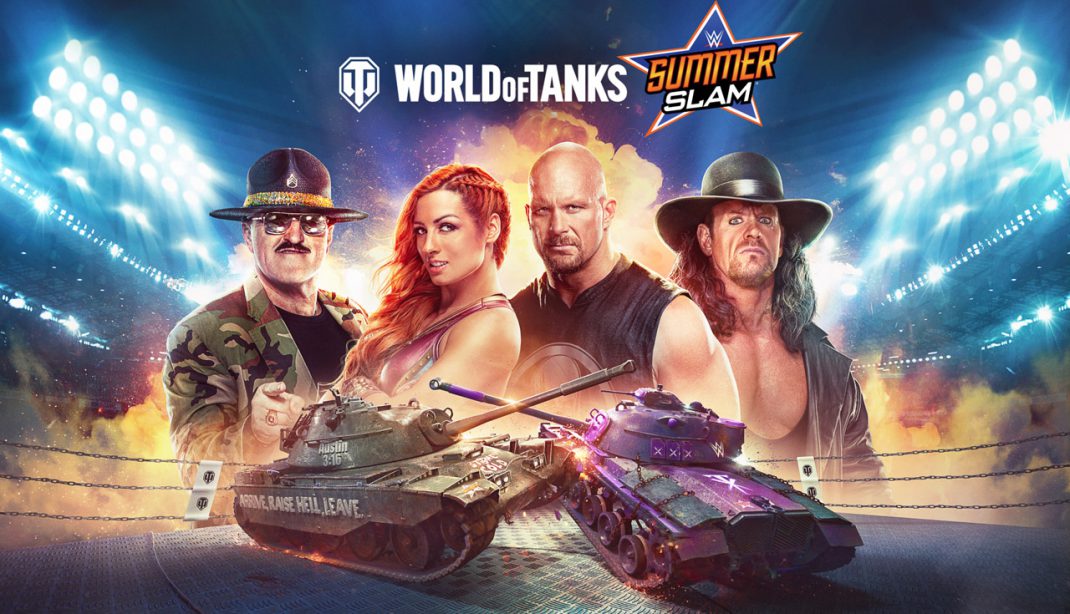 As part of the new season, players will have the chance to command five legendary Superstar Collector Tanks inspired by WWE Superstars The Undertaker and Becky Lynch, as well as WWE Hall of Famers Andre the Giant, Sgt. Slaughter plus “Stone Cold” Steve Austin, who will be free for all players!

Players will also be given the ability to experience their own redesigned WWE Garage – including epic Superstar introductions for their vehicles, unique visuals for each Premium Collector Tank, and two sets of crew chests that will include the aforementioned five Superstars and Legends to start in addition to Roman Reigns, “Macho Man” Randy Savage, “Rowdy” Roddy Piper, Ric Flair and Shawn Michaels in August.

Update 5.0 will also introduce cross-play between PlayStation 4 and Xbox One users, giving players the opportunity to pit their skills against one another in an expanded player base with quicker matchmaking speeds across all tiers. For real-time-strategy fans, the popular Commander mode returns allowing players to get a different angle on the intense tank fighting and tactics.

TJ Wagner, Executive Producer of Wargaming Chicago-Baltimore said: “The update 5.0 and launch of Season 1 is probably the biggest one our team in Chicago has done in a couple of years. Partnering with WWE has been a fantastic experience and is bringing unique new content to our players, who can expect more updates like SummerSlam in the future! With update 5.0, we’re very excited to be able to address many player requests and desires for our game like cross-play that unites PlayStation and Xbox tankers, to make match making faster and better.”