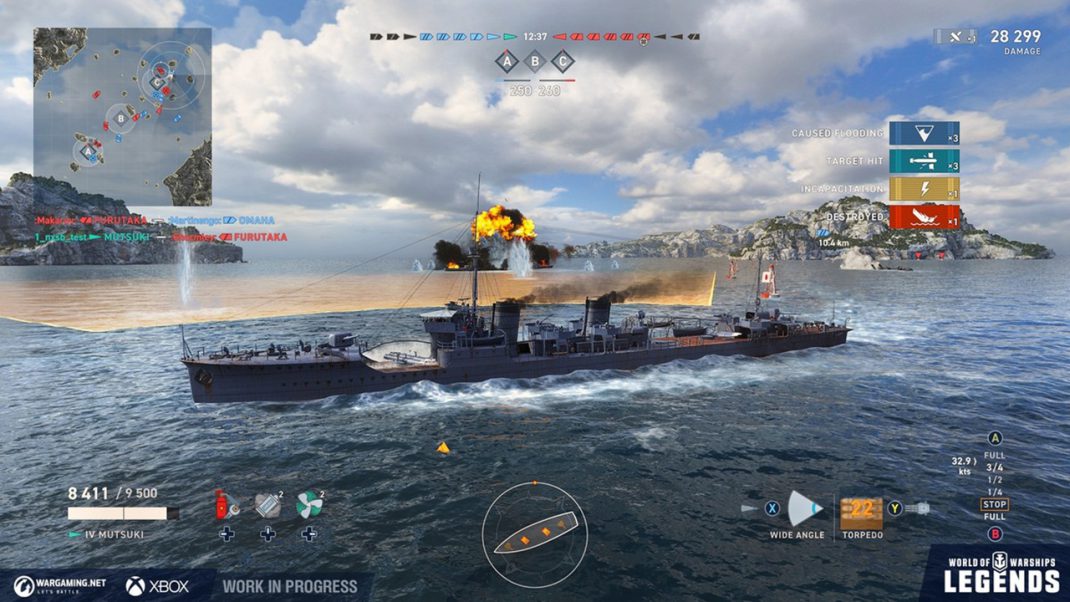 World of Warships: Legends Gets Russian Destroyers and Battleships

AUSTIN, TX (April 9, 2020) – A new update for World of Warships: Legends brings the release of Russian Destroyers and appearance of Russian Battleships in early access and more on April 13. After a few weeks of duck-infused hilarity, World of Warships: Legends is back to more serious waters, introducing two new Campaigns, two new seasons of Ranked Battles, and a host of new features. This update is filled to the brim, let’s check it out.

The Russian Destroyers are now fully released, meaning players can research their way through them to the Tier VII Tashkent. These ships are quite interesting, unlike most destroyers, they focus their abilities as a gunboat rather than stealth and torpedo armament. Like the Russian Cruisers, they have flat-shooting guns designed to work best at their maximum range. Staying at this range works well for the destroyers, giving them time to dodge incoming fire with their tremendous speed. After adding in some short-ranged torpedoes, the Russian gunboats are perfect for high-risk, high-reward gameplay.

Speaking of high-risk, high-reward, the Russian Battleships are here in early access, due to be fully released with next update. They bring heavy red artillery to the sea, and will contest the German battleships for the spot of best brawler. The guns on these brawlers are only accurate at close range and they are heavily armored, making them great at pushing the enemy. However, they will take massive damage if caught broadside, so careful positioning is required! Players will be able to sail these behemoths by opening Soviet crates, which can be earned in the campaigns.

There are two new campaigns coming with this update: “To Tame A Dreadnought” and “The Heroic Oleg.” The first campaign will run until May 4 and features the Russian commander Mikhail Kedrov as the final reward. Kedrov was historically the captain of the battleship Gangut during World War One and now brings his experience to help players tame the Russian Battleships in World of Warships: Legends. “The Heroic Oleg” campaign starts just after “To Tame A Dreadnought” and has the cruiser Oleg as the crown jewel. The Oleg is a handsome old-fashioned protected cruiser that was one of the few Russian survivors of the Battle of Tsushima. Both campaigns are packed with rewards, including Soviet crates that give players a shot at getting one of the new battleships.

Ranked battles reappear for two more sprints, returning to the shorter seasons based on player feedback. Players will be able to battle through for extra rewards, season exclusive patches and some Soviet crates. Plus, there are a couple new features coming to the game! First, there is now a Photo mode in the port for players to take beauty shots of their favorite ships. There is also an option to have the commanders speak in their mother-tongues now, and a bigger scale HUD option for smaller screens.

There’s a ton coming to World of Warships: Legends, and more is on the way!