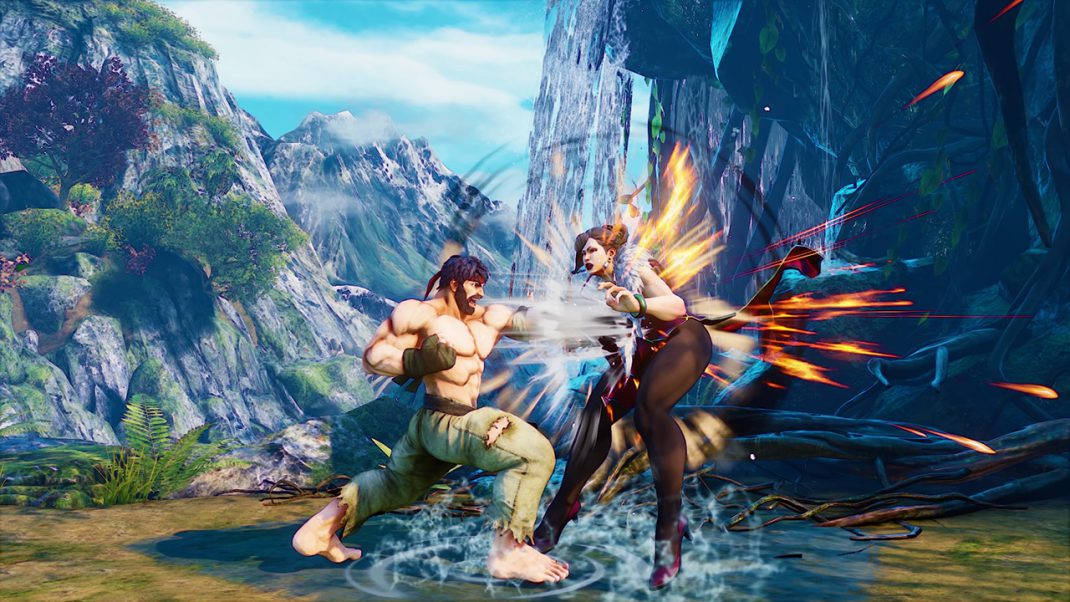 It is crazy to think how far Street Fighter has come since it’s arcade days. I still remember the lines of people waiting to play, their quarters up in a row on the machine, it was incredible how popular a single game could be and it’s really no surprise to see it still alive and well in 2020.

Street Fighter V Champion Edition hits the ground running with an insane amount of fighters to choose from; 40 scattered over multiple Street Fighter and other Capcom titles, most notably the Final Fight series with many heroes and villains from Metro City. Along with the incredible amount of character choices are the amount of skins that come with them. There are literally hundreds of varieties of character skins for each fighter with varying choices, some as simple as basic costume color changes, seasonal skins from Halloween and Christmas, to complete character alterations like the fantastic Mega Man skins buried in some of the characters. And all the characters look incredible, regardless of what skin you put them in. The character select screen really shows off the work put into each fighter and their skins and the in-game reactions look really sharp and coincide with varying emotions depending on whether they’re winning or getting stomped out. 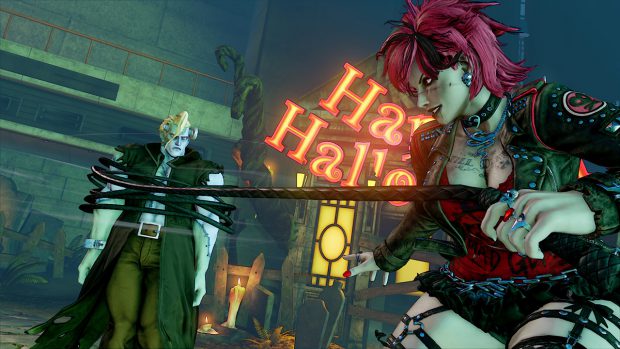 The character story lines that make up the bulk of the ‘Story Mode’ takes you on a small two to three fight journey, giving somewhat of a backstory to each fighter. Having played through each fighter’s story, I can say that unless you want to try and decipher the absolutely nuts storyline, you can pretty much skip this part of the game. Though it’s fun to knock out your few favorite fighters’ stories, I grew tired of having to fight the same characters over and over again (mainly F.A.N.G., Vega, and Bison whom you sometimes will fight twice with the same fighter). I expected a lot more variety in who you’d be fighting in each storyline, especially across forty different fighters to choose from. And speaking of characters, though there is a huge variety, I still missed fighters like T. Hawk and Fei Long, the latter whom is referenced in background art and various places in the story, but doesn’t actually appear currently as a playable character in SFVCE. I definitely would have taken them over a few of the fighters that simply seem like clones of more popular characters like Ryu, Guile, and Chun-Li. I’m not really sure if there’s anyone who actually knows all forty of the fighters in this game without having to look it up but there were some characters who I really have no clue if anyone actually knows who they are. 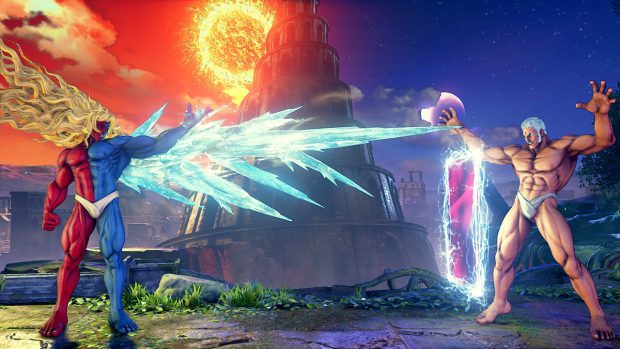 Though I didn’t play online since I really don’t need to play ranked matches to know how terrible I am at fighting games, the couch player-versus-player is still an absolute blast. Though it can sometimes take a bit for every character and their skins to load up when at the fighter select screen, it’s still a lot of fun going head-to-head, especially with the huge amount of maps to choose from, all of which also have a ton of skins to choose from (the Halloween maps were of course my absolute favorite). The characters are seamless and incredibly smooth and responsive to controls and looking up how to do each character’s moves is very easy to understand and accomplish in-game without being overloaded by too many moves and combinations that can overweigh some fighting games.

The loading times on SFVCE definitely need some patience and getting used to. At times, especially if there’s a new license to be applied in-game, it can take up to five minutes just to start playing. Loading times between fights can also be a pain after a while, especially when having to look at the same ad for upgrading to the Champion Edition, a game I obviously already own. Why the game doesn’t pick up on that licensing within the system is either a misstep or just one that was overlooked. Either way, even if it’s a loading screen, I’d rather look at fancy artwork than the same ad over and over for a game I already have.

Still, SFVCE is a great time and as much fun as Street Fighter has always been. The amount of characters can be a bit staggering and some seem to be clones of previous SF characters, the loading times and ads can put you to sleep, but when you’re in there fighting, SFVCE is a fantastic game. Everything in this game looks fantastic and sharp, from the character select screens to in-game fights. I’d love to have all my friends back together with a huge TV and battle it out tournament style with this one. It’s a lot of fun to play, and the characters and their variety of skins will definitely have you playing again and again. 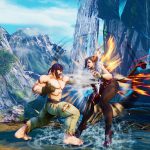