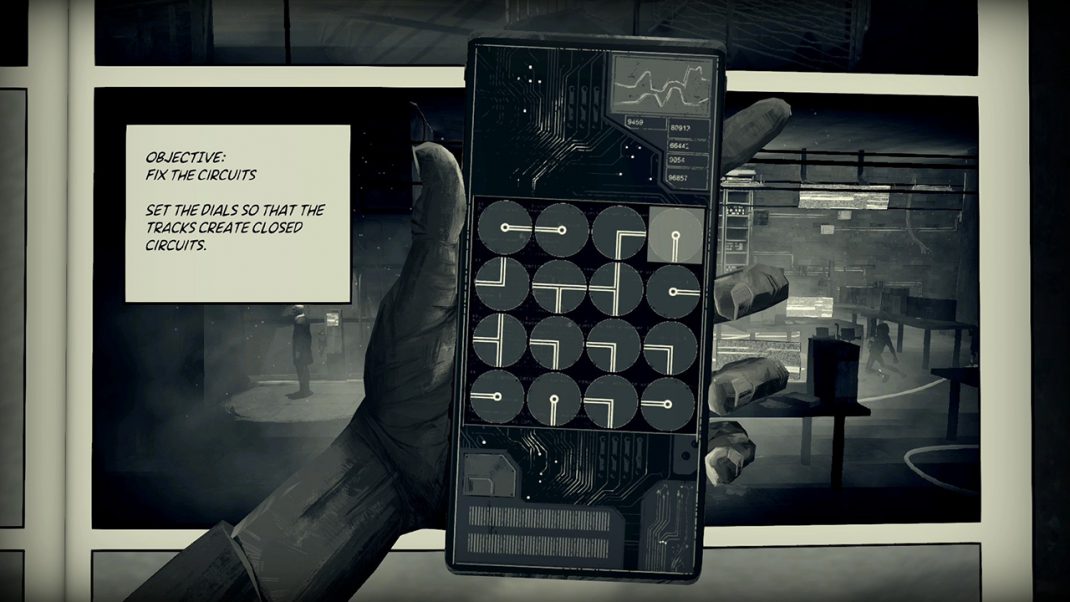 February 11, 2020 – Liberated, one of the most exciting Polish video games of the first half of the year, is a groundbreaking, award winning, new vision of the future of digital comics. Panel by panel, you’ll switch between action, stealth, puzzles, and an engaging comic book story with compelling player-led choices. Liberated is coming first to Nintendo Switch in 2020, shortly followed by PC on GOG and Steam.

Liberated is set in a near-future, tech-noir society slipping into the throes of authoritarianism. Powered by corporations and enabled by new technology, join the fight against state-driven misinformation. As government surveillance and weaponised personal data have painted the world in shades of grey, knowing where to draw the line between revolution and terrorism has never been more paramount.

Publisher Walkabout Games have released nine minutes of brand new direct feed gameplay of the game. In this footage, you’ll see the main character Barry Edwards being taken to the headquarters of the mysterious insurgent group “Liberated” after being intercepted by one of its members. The video shows off the seamless transitions between storytelling and gameplay, as told through Barry’s first infiltration mission, including some precision shooting and an exciting driving segment.